It’s not often that we find ourselves traveling to England. In fact, this was a first for us!

After landing in London’s Heathrow Airport at 7:30am, we hit the ground running!

There was so much to see, and since we only planned on spending one day in London, we were convinced that we were going to do all the things.

First stop after clearing customs was the London Eye.

But it was SO cool to get a birds eye of London and have such an iconic experience.

We weren’t able to see Big Ben, because it was covered in scaffolding for repair.

I learned that Big Ben did not actually refer to the entire tower, like I initially thought.

Turns out it is the nickname for the Great Bell of the striking clock. Most of the time, it simply refers to both the clock as well as clock tower.

We lunched at a delish Cuban restaurant, then headed over to Saint Paul’s Cathedral (which was absolutely magnificent!). 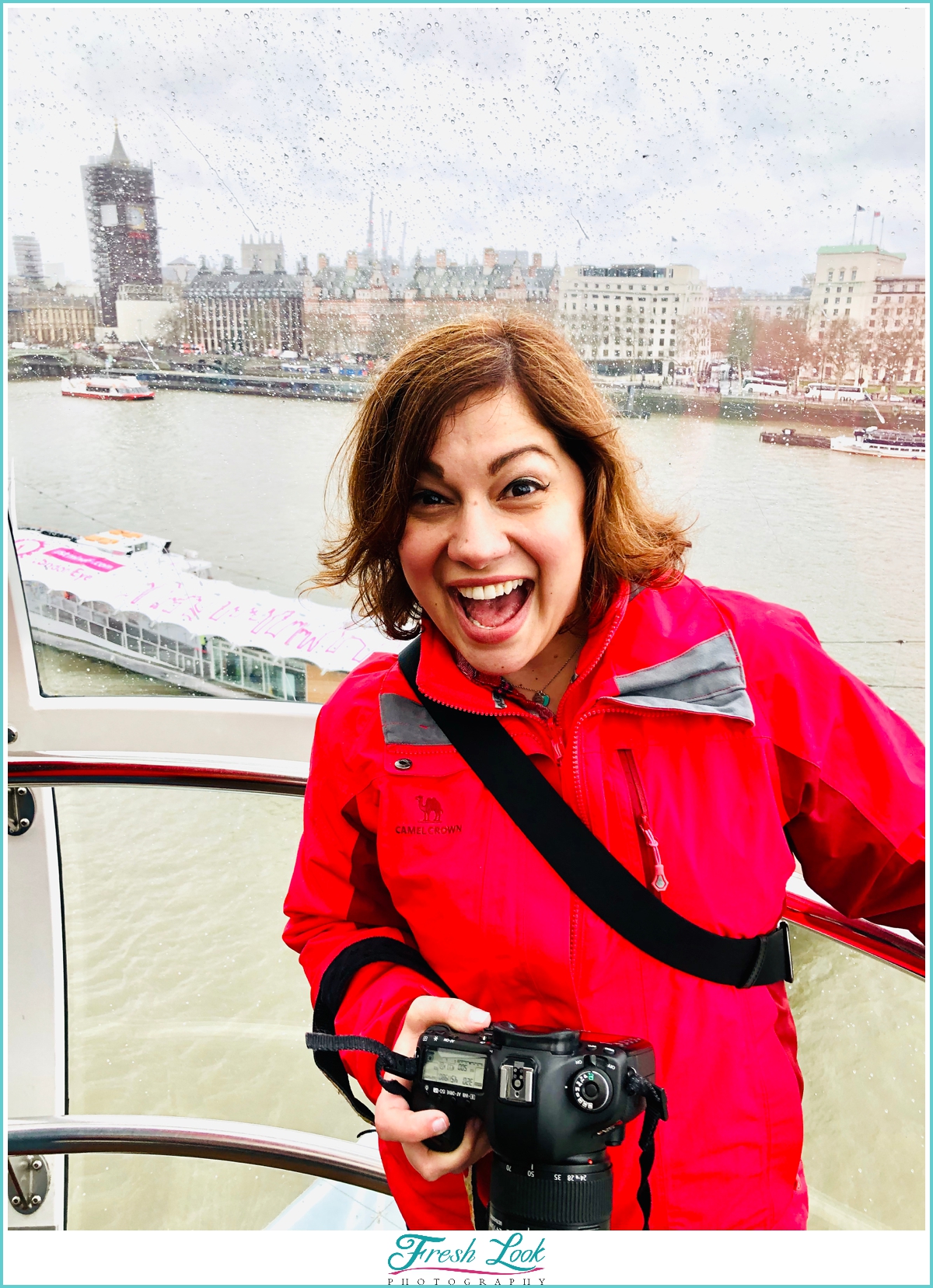 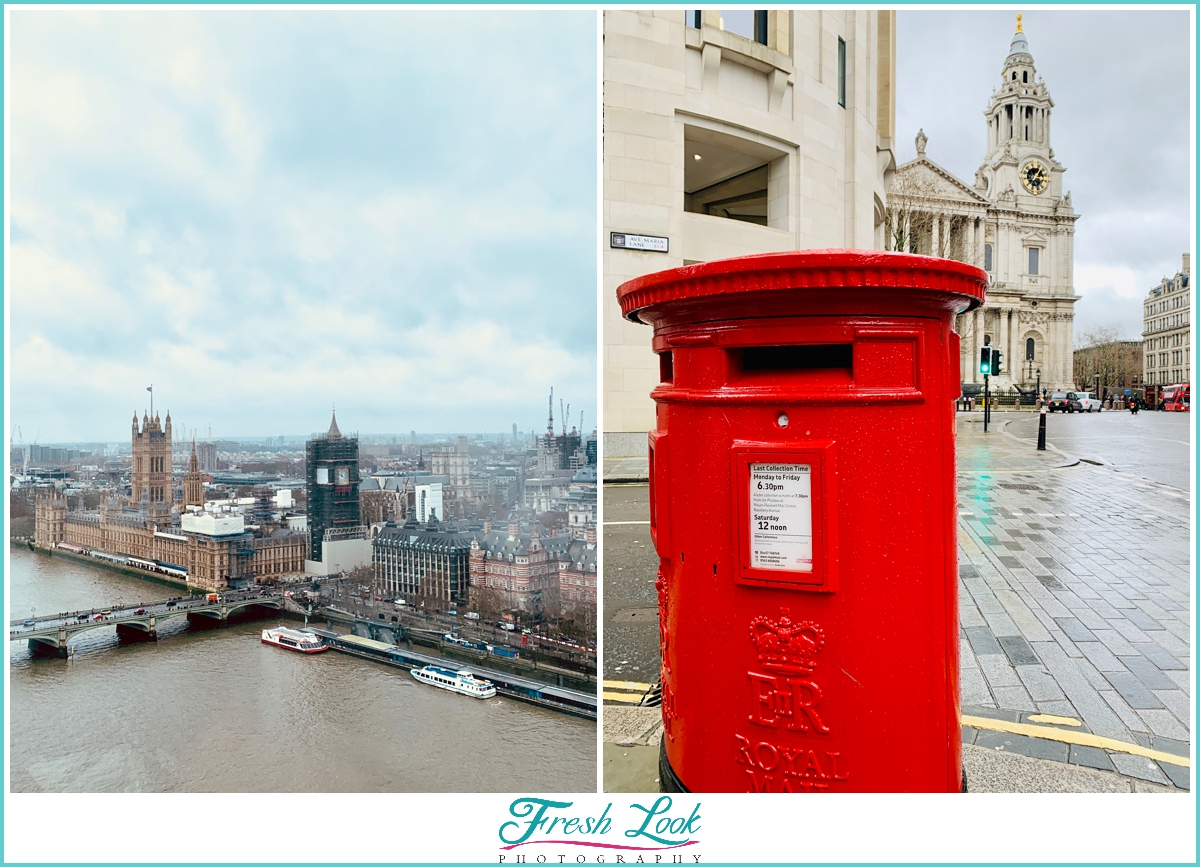 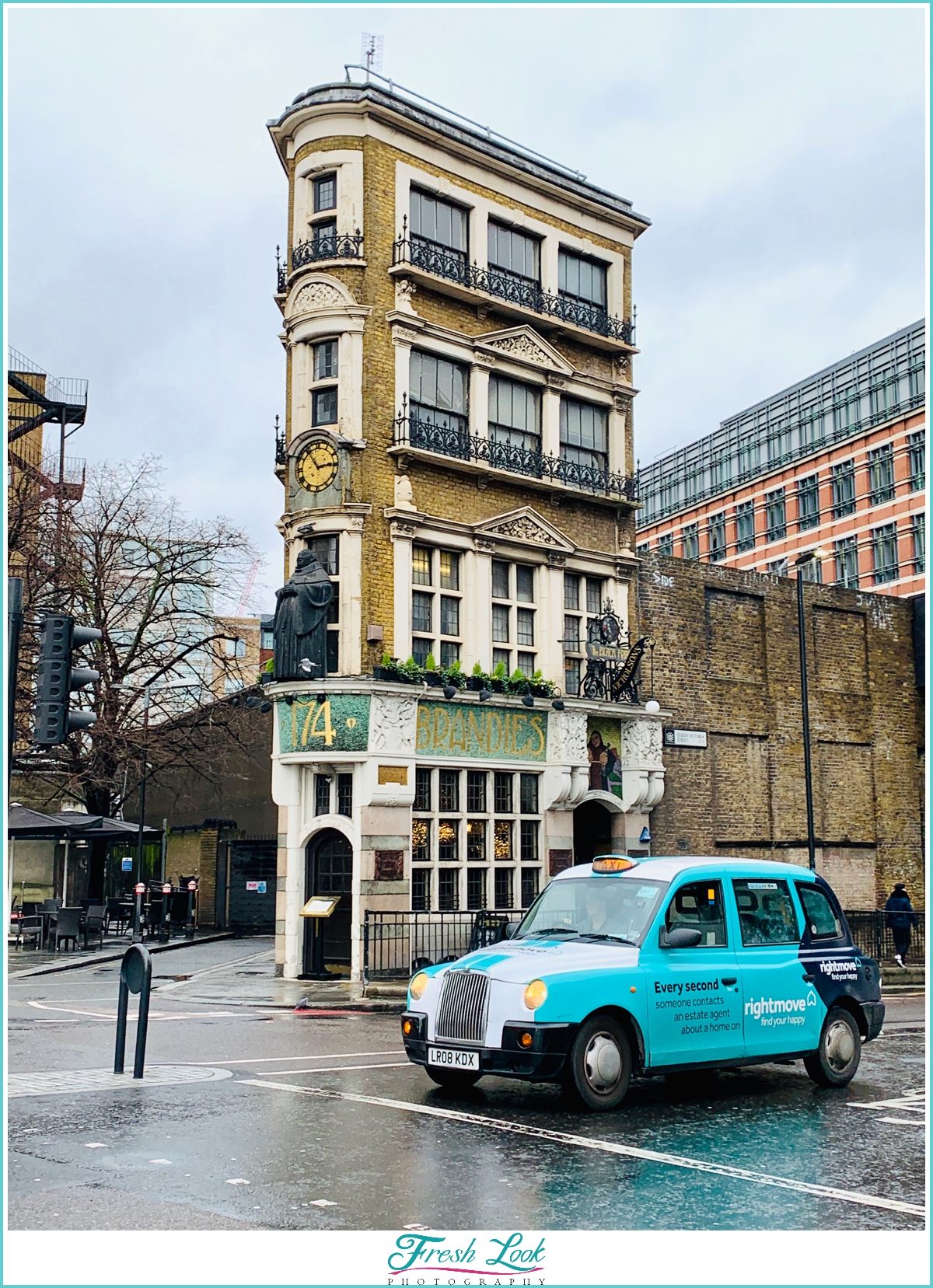 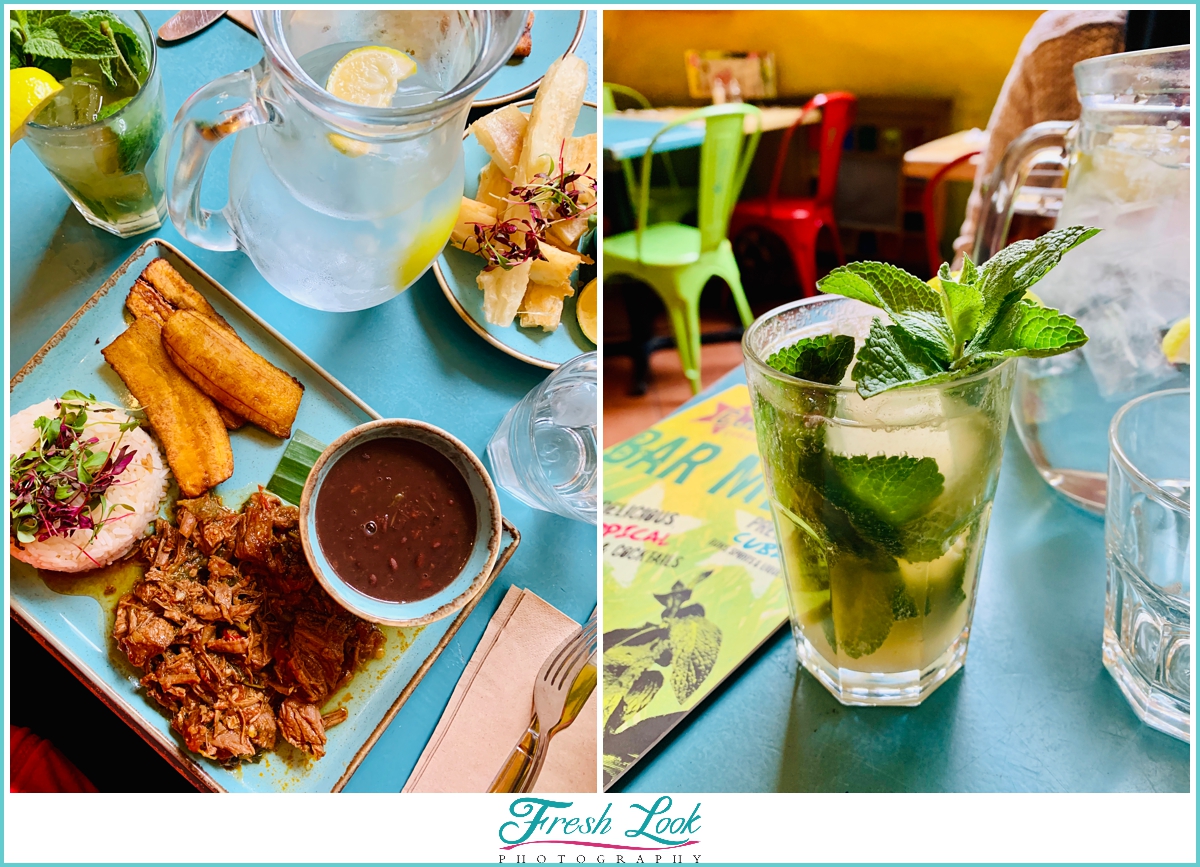 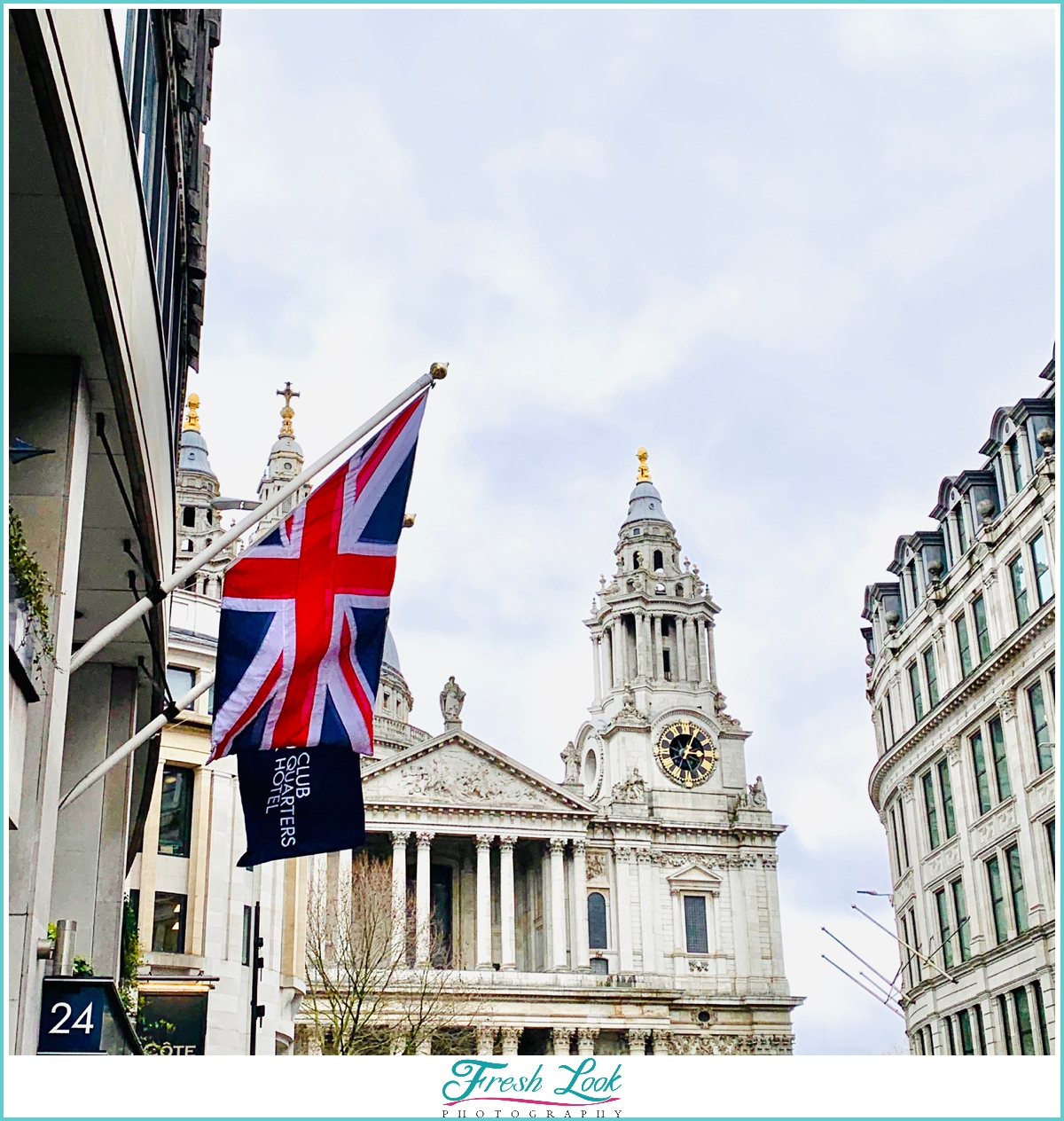 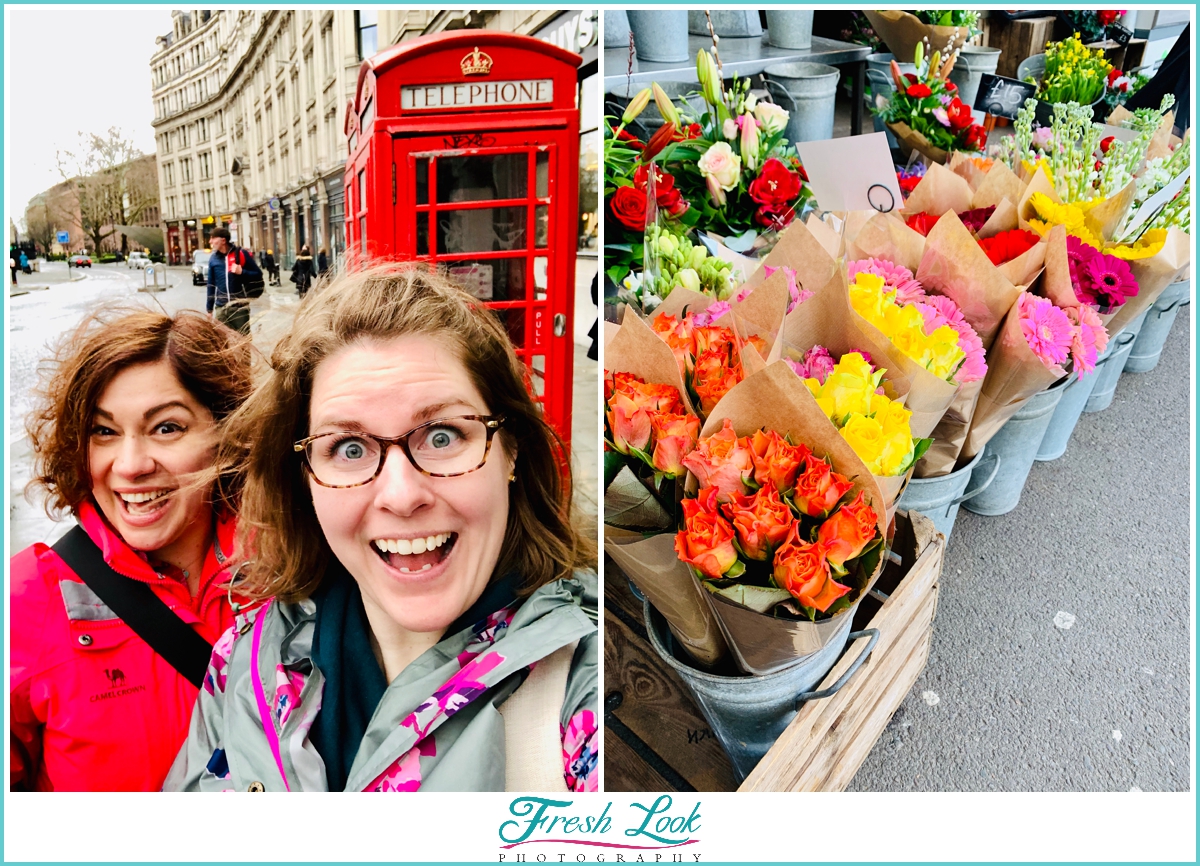 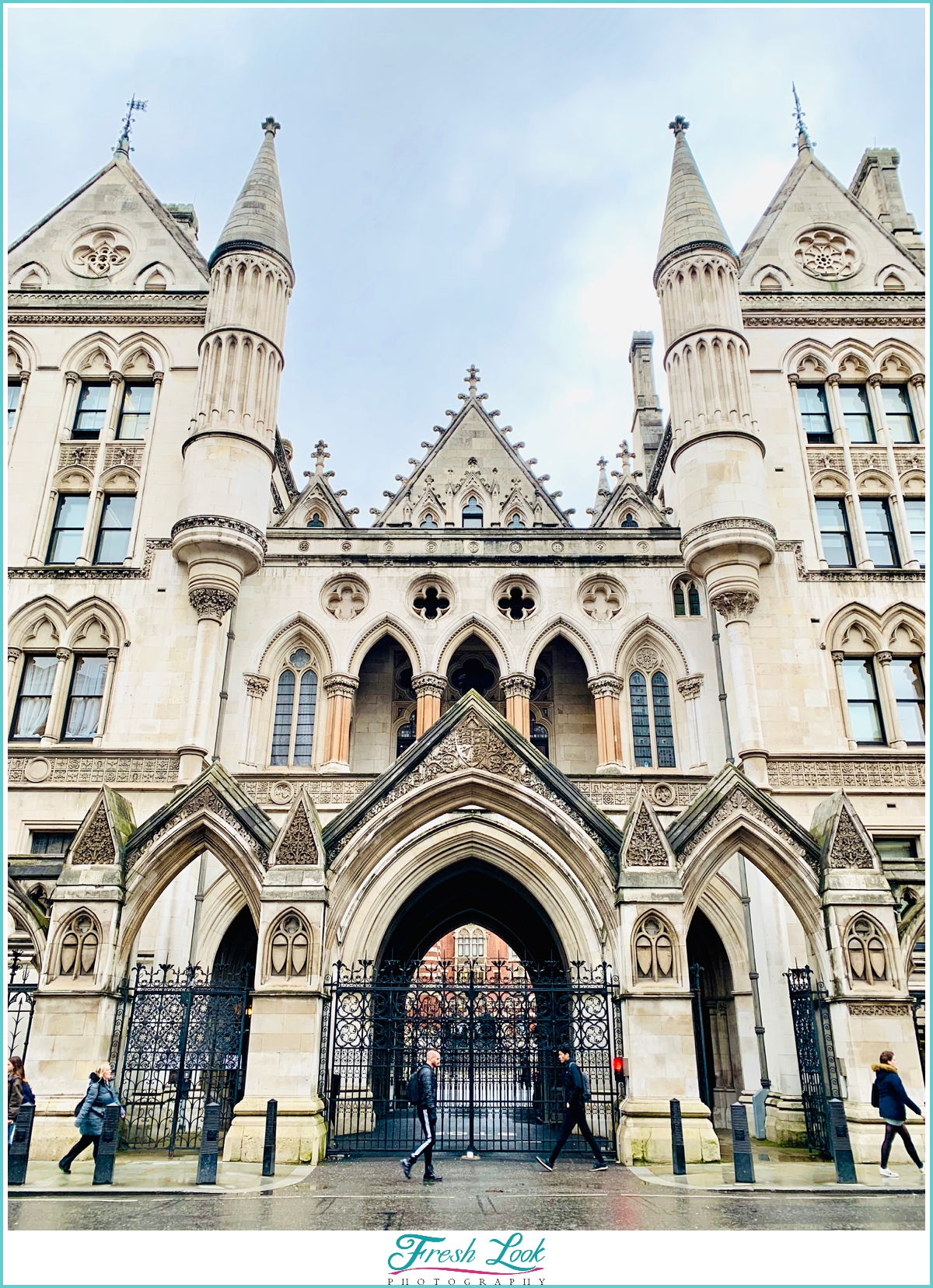 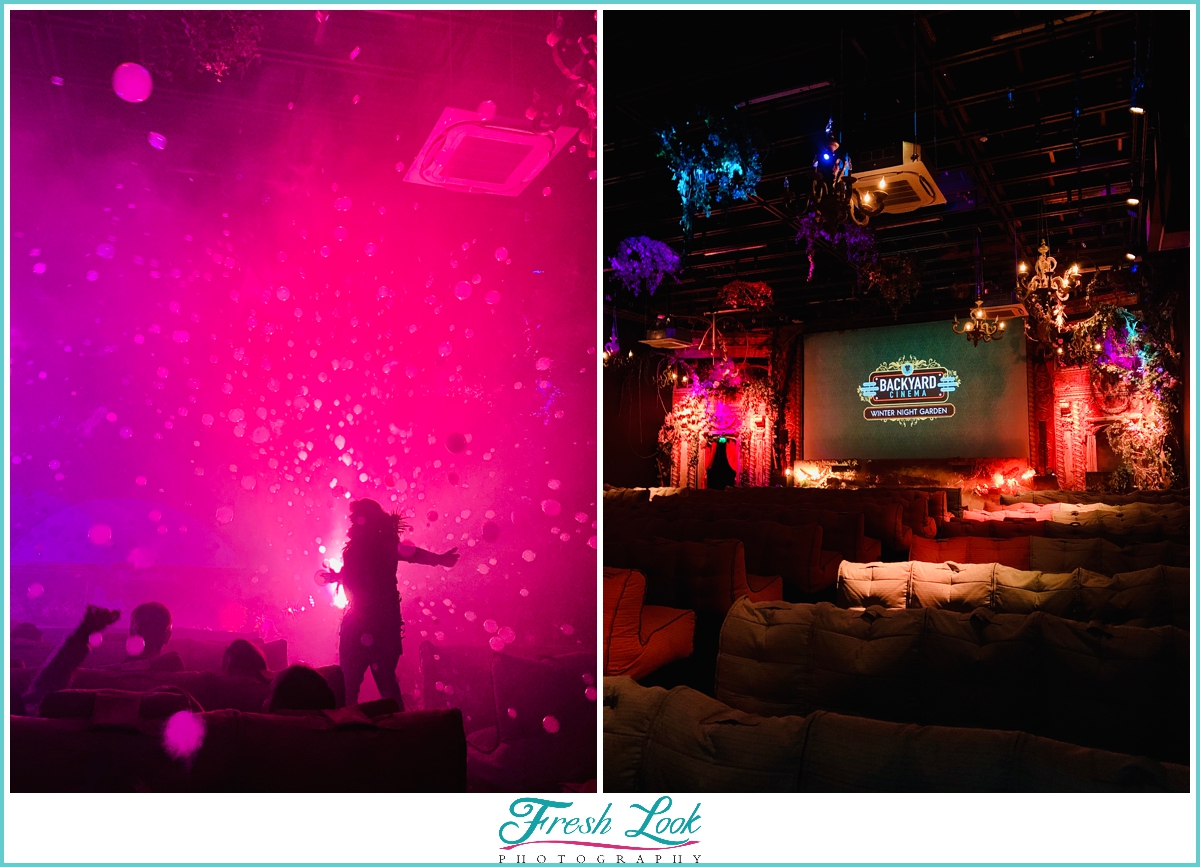 The second day started out with my first experience at a Fish and Chips house.

Can I just say… I’d come back to England just for that!

The fish was so tender and flaky, and the shop served it with gravy and an Indian curry sauce.

(no lie, I’m literally salivating thinking about it right now)

Then we headed off to check out the Royal Pavilion in Brighton. 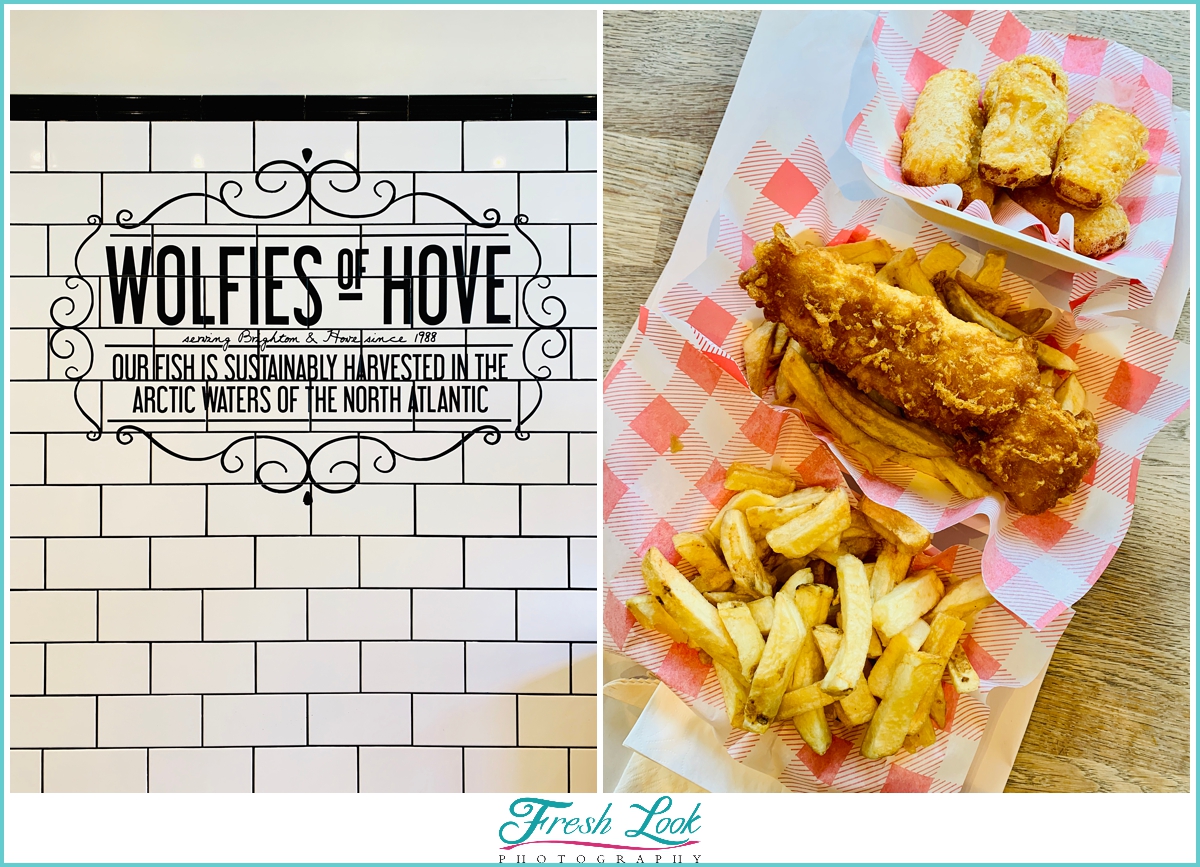 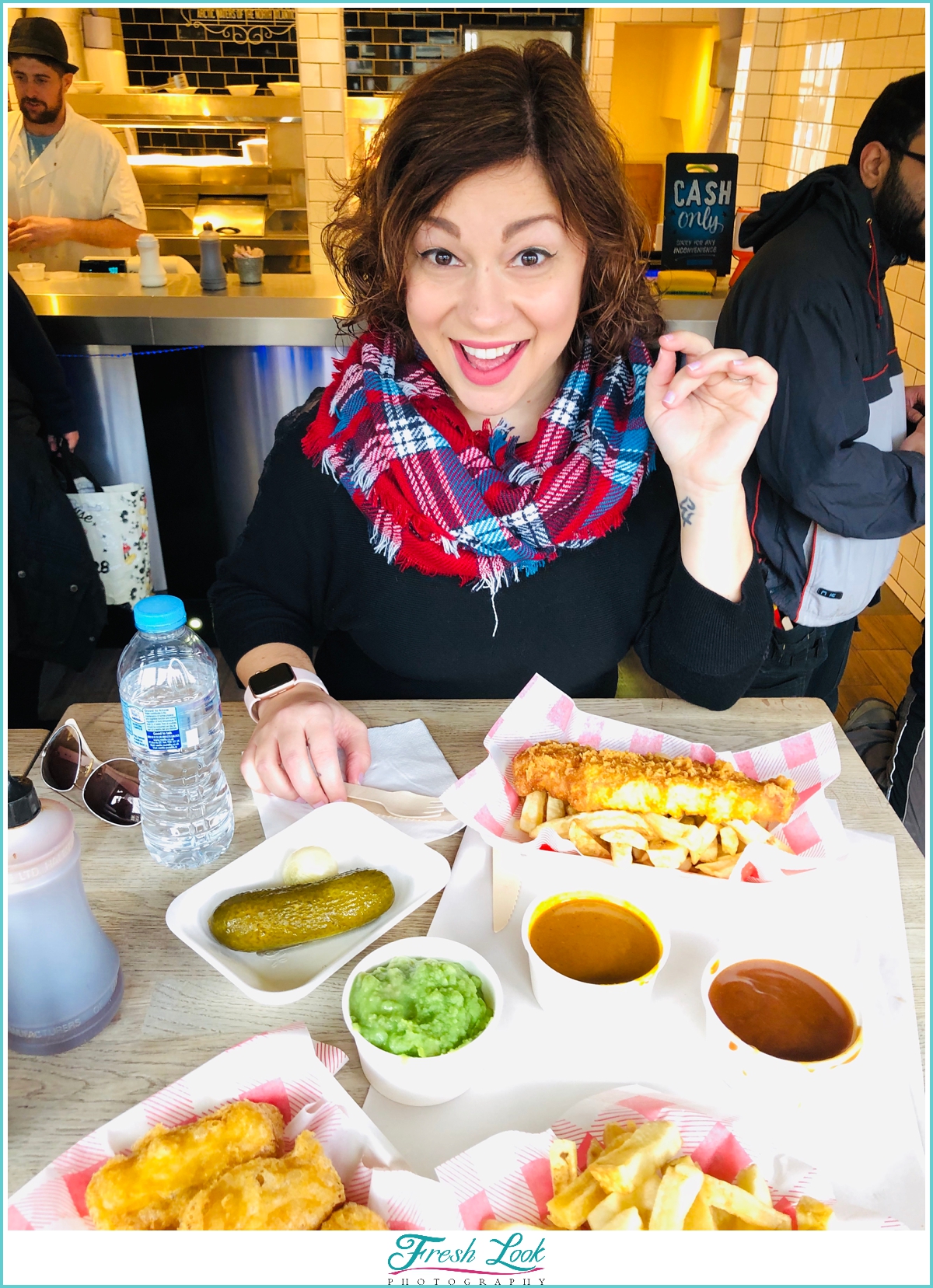 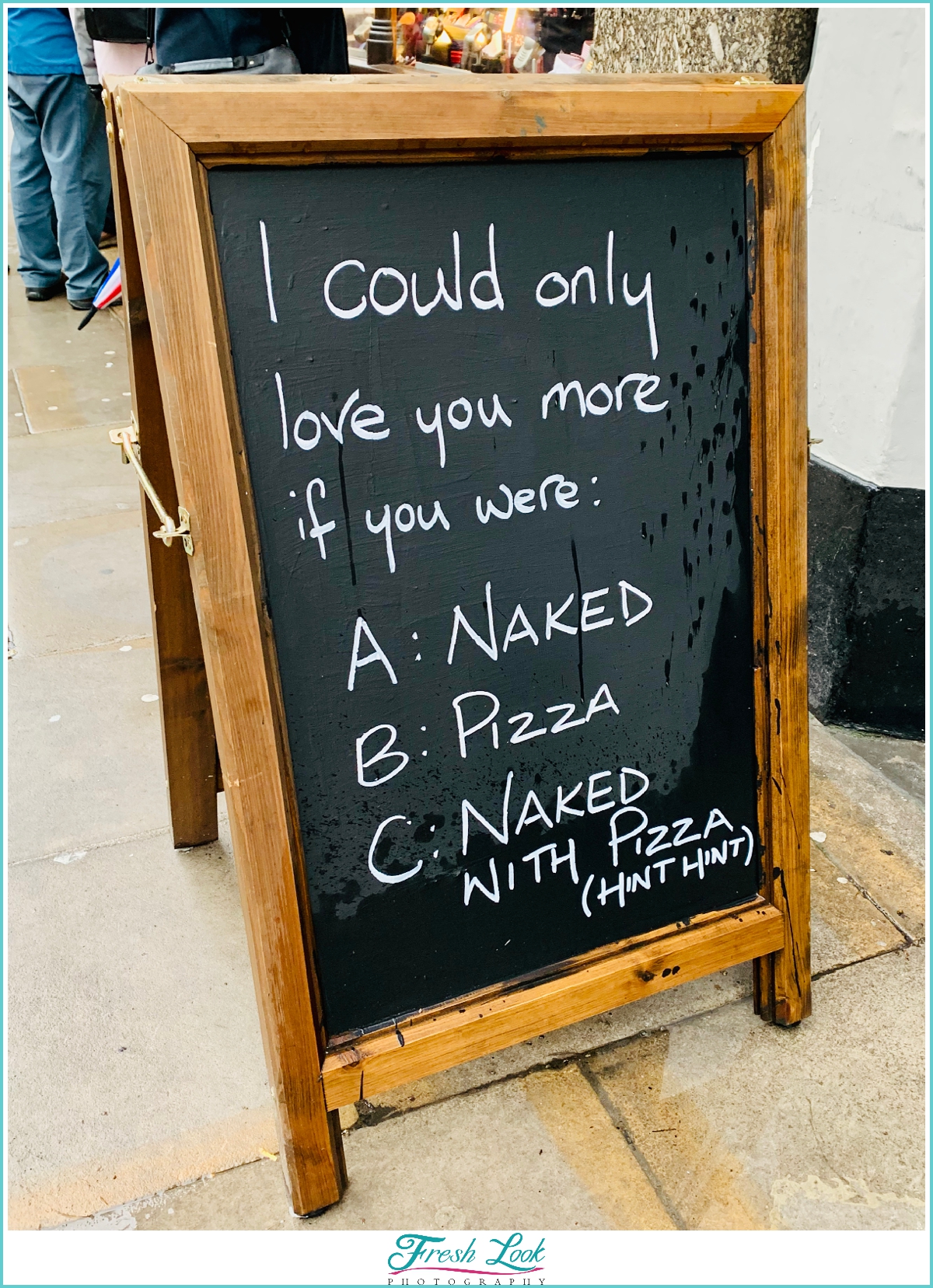 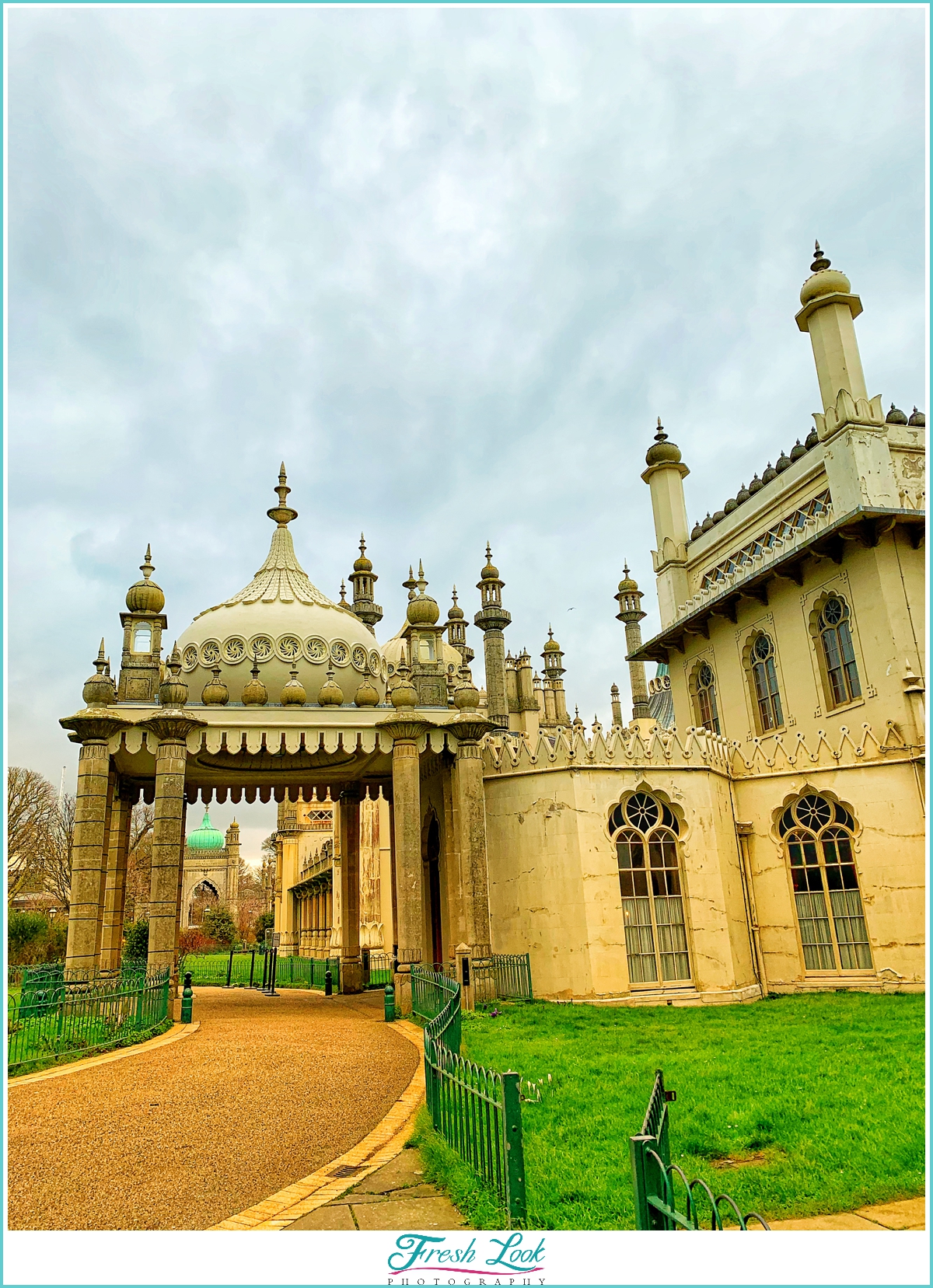 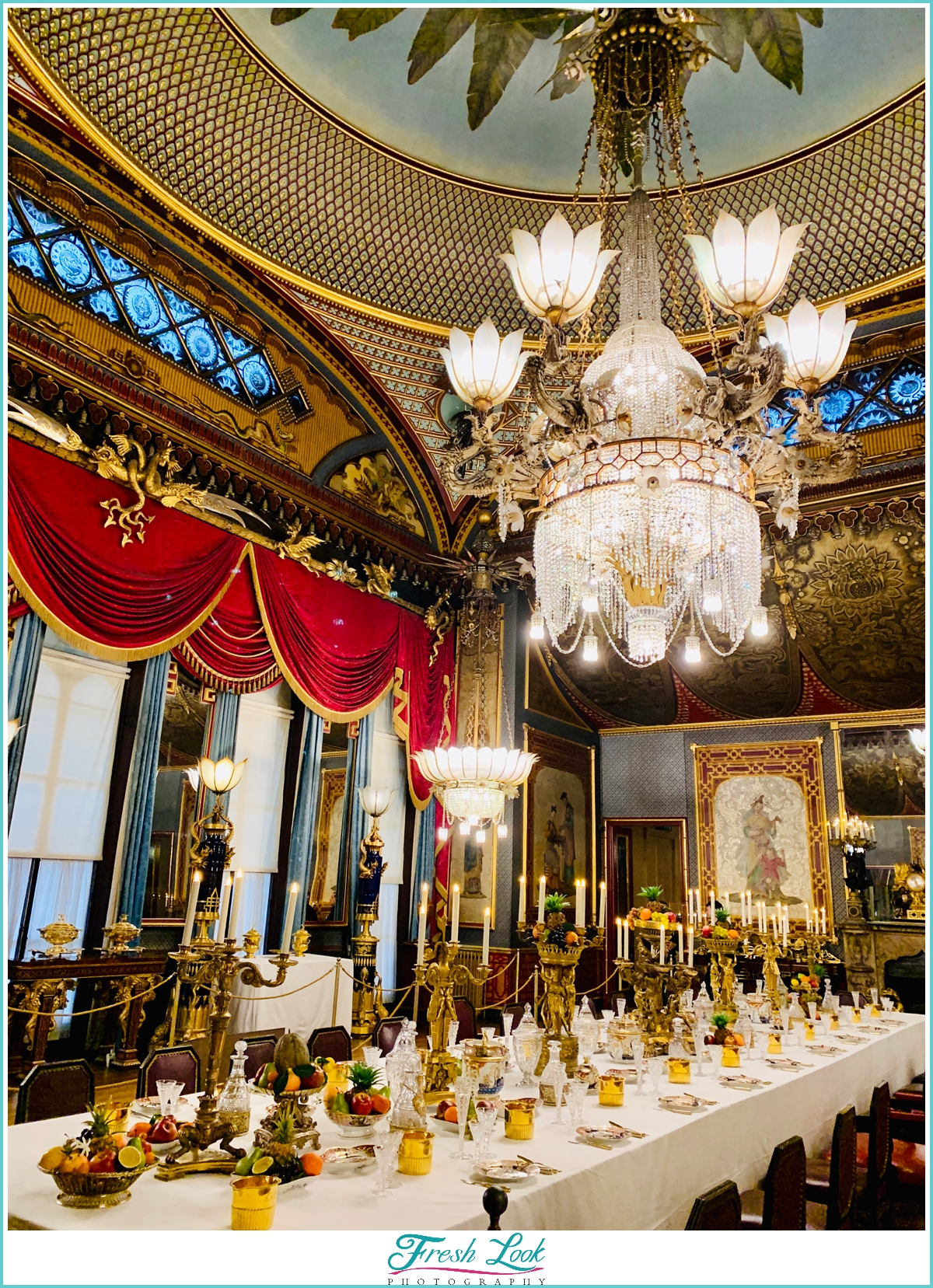 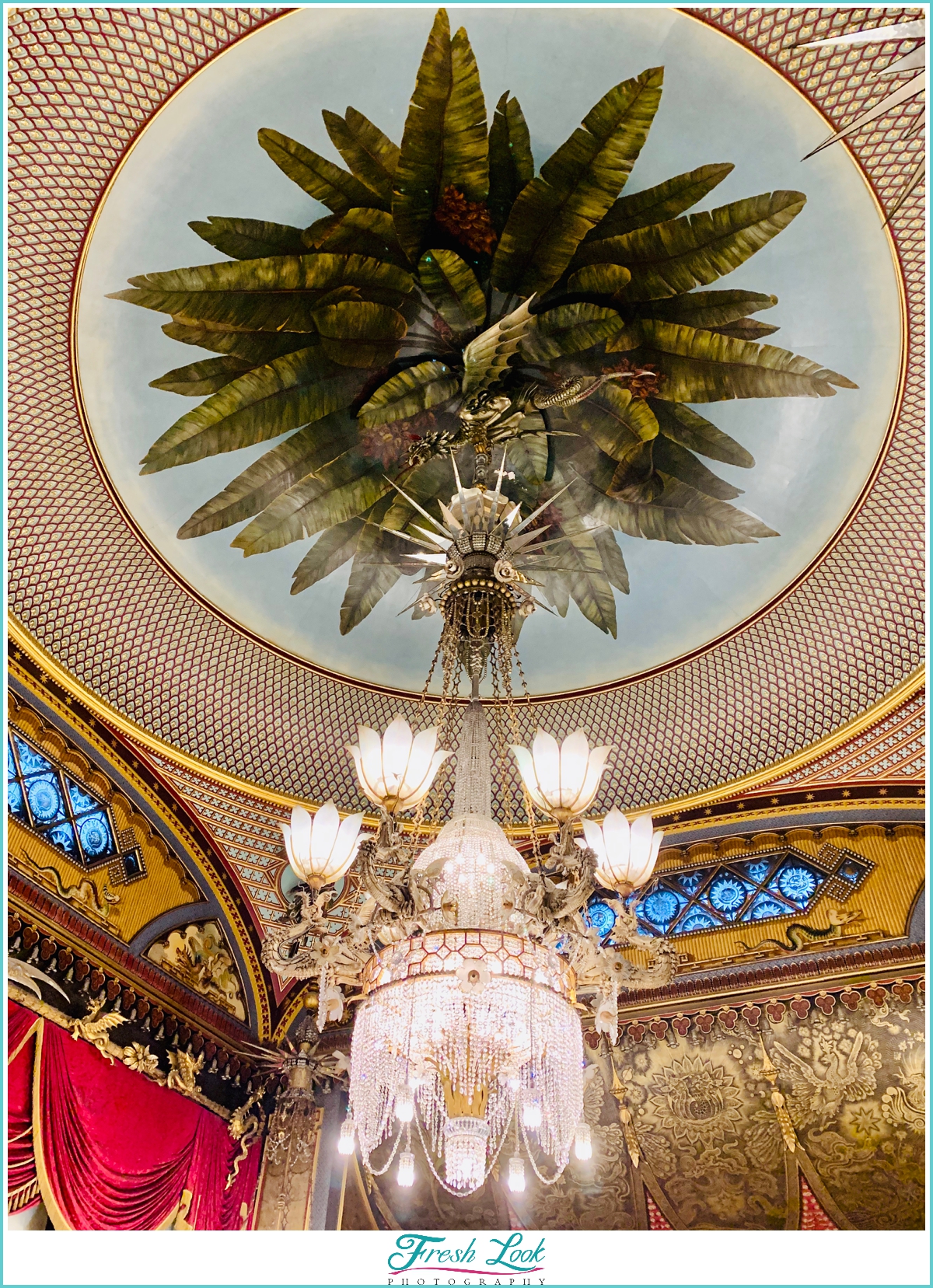 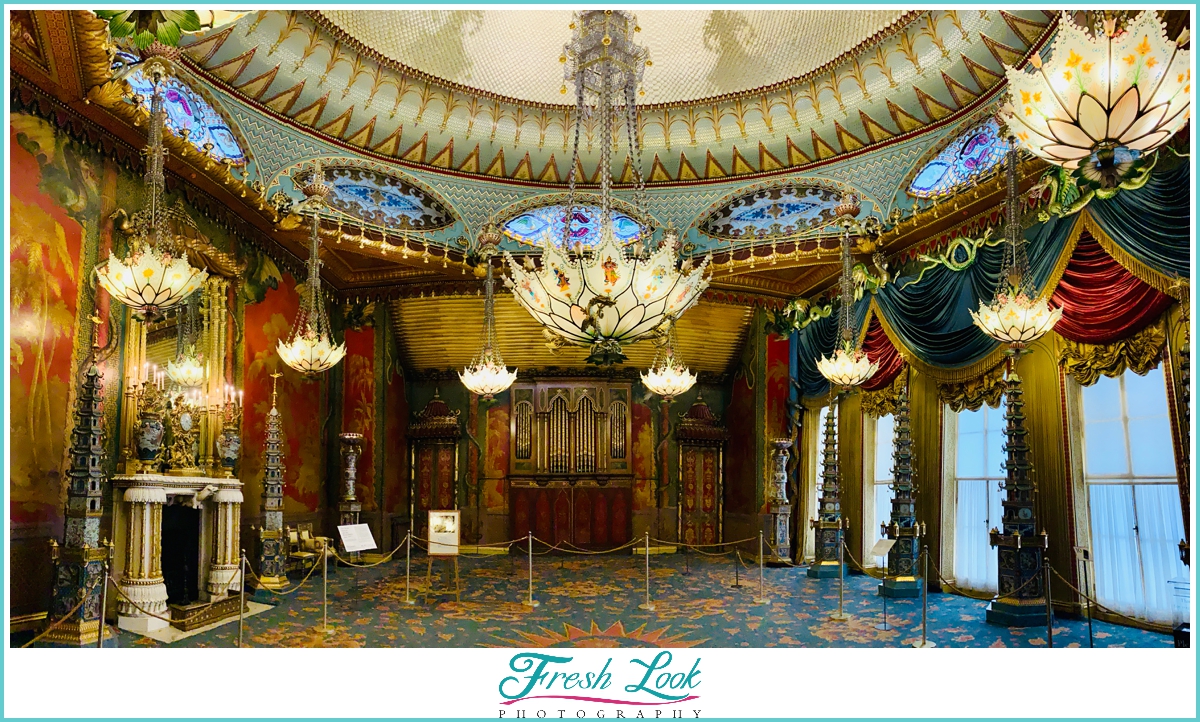 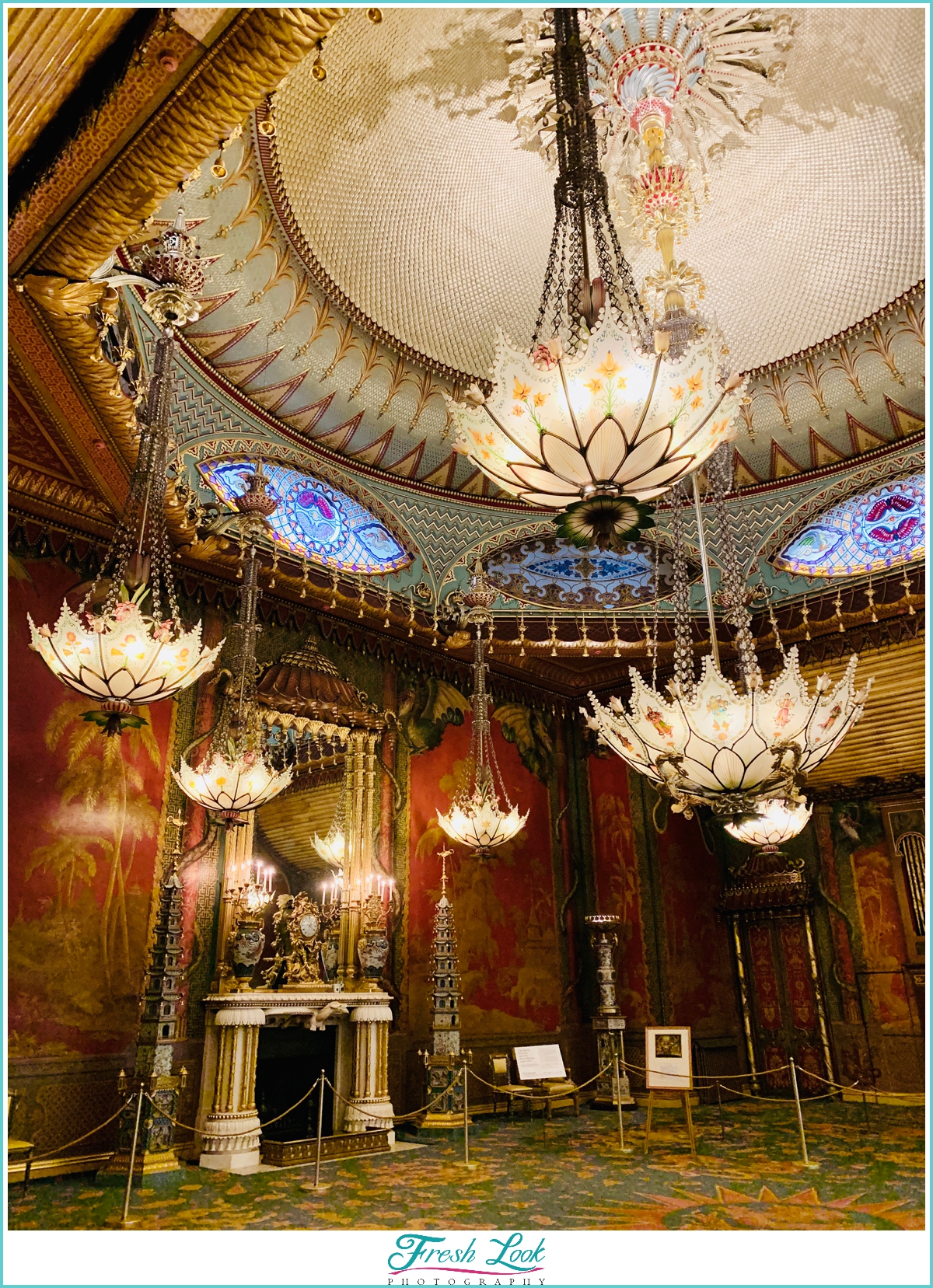 England is known for its public transportation, specifically the train.

So it wouldn’t have been a proper English adventure if I didn’t take a train ride.

We headed to Bath, England, to experience the thermal spas, and have high tea.

One of the most impressive structures was the Bath Abbey. Built in the 7th century, it used to be a Benedictine monastery. But now acts as a place of worship, as well as hosting civic ceremonies, concerts and lectures. 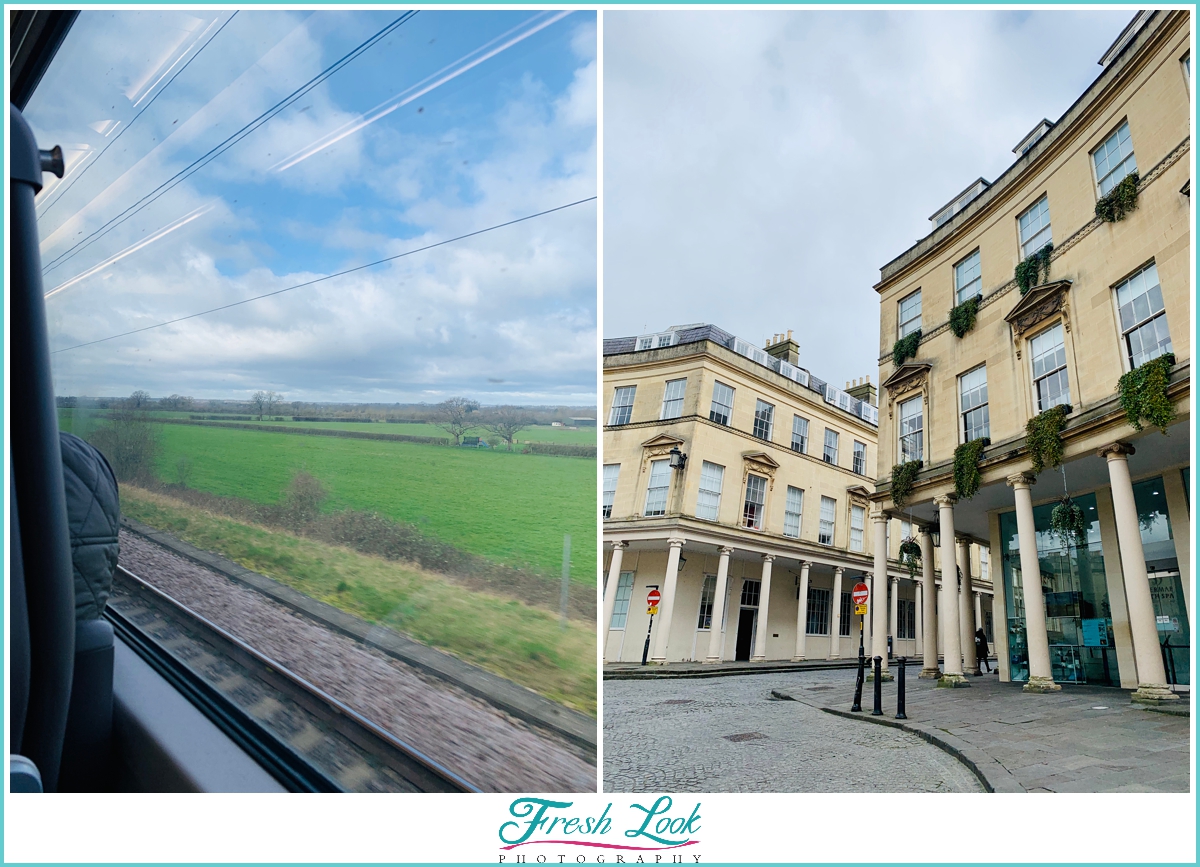 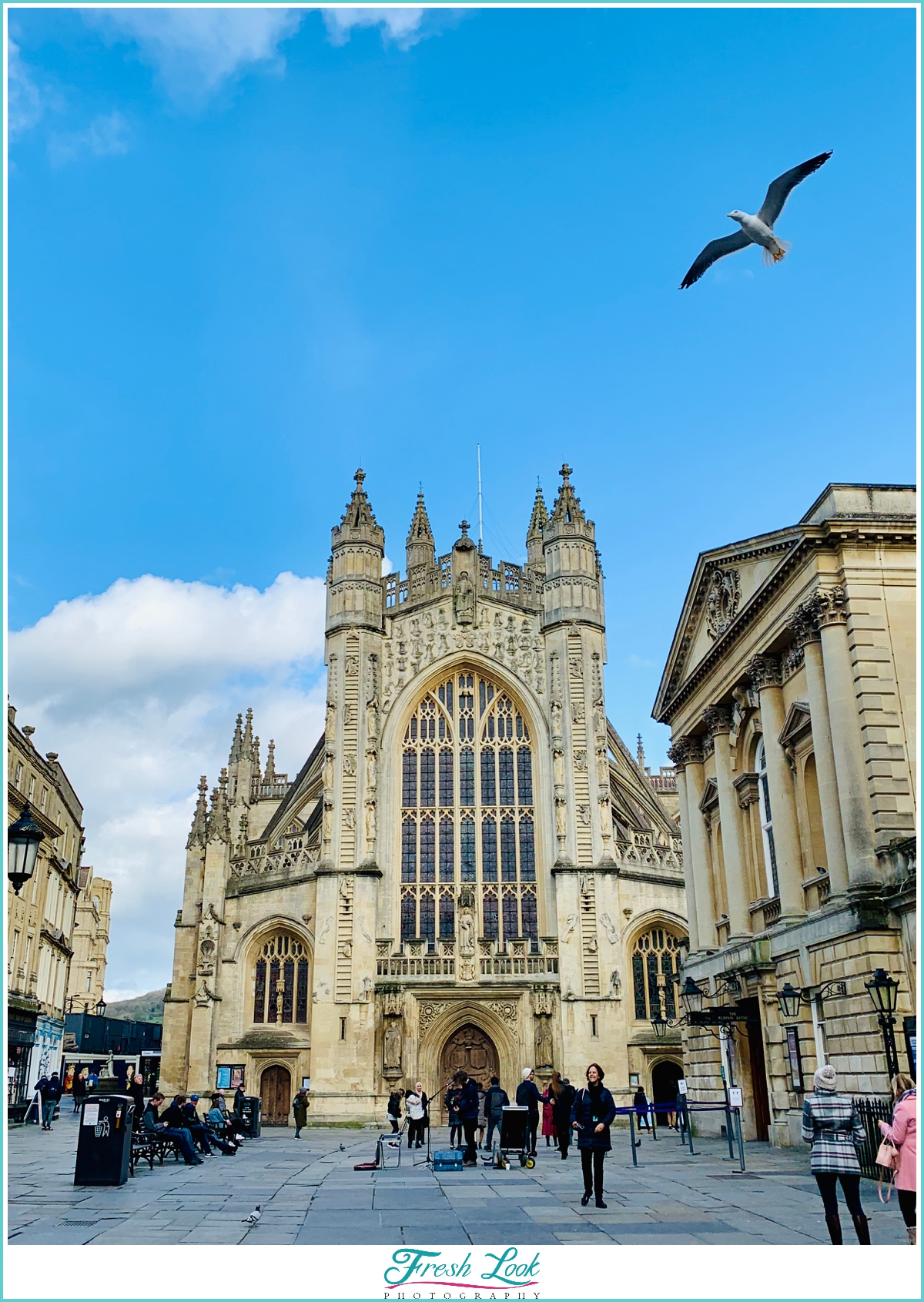 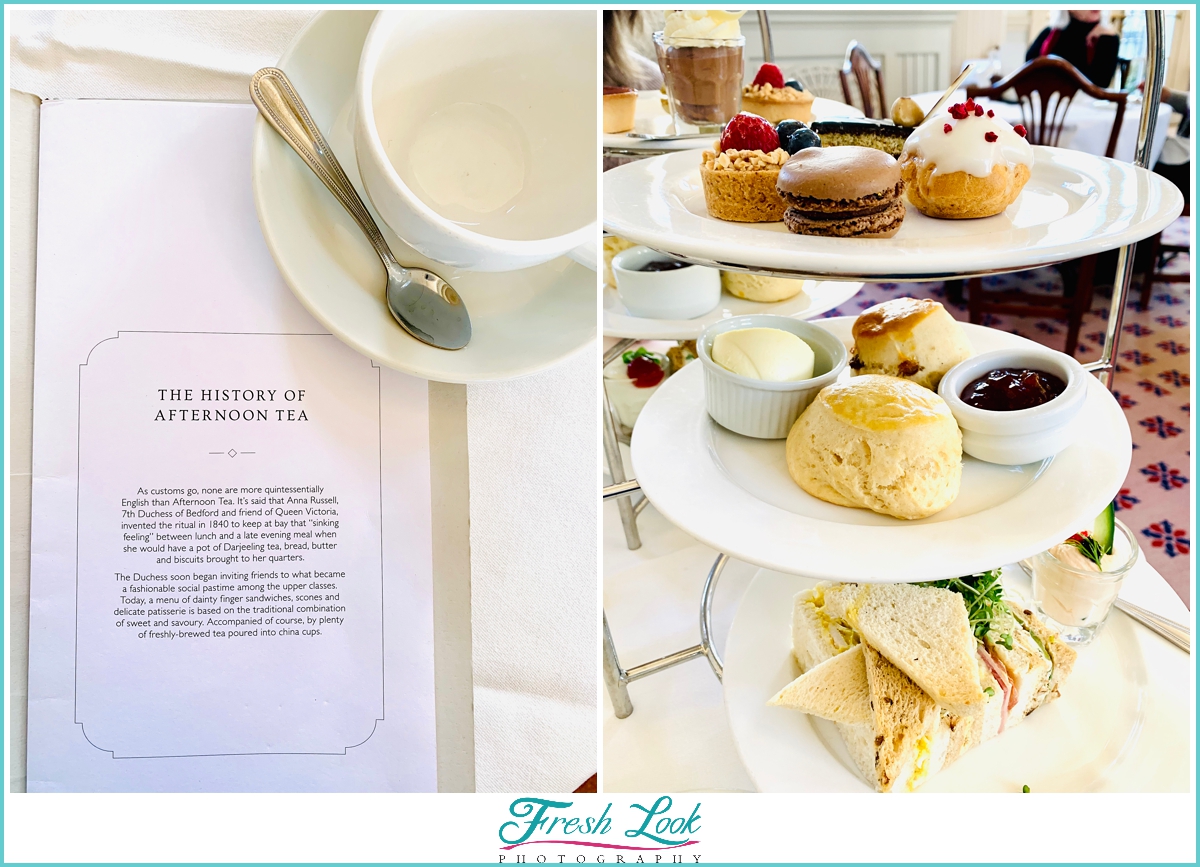 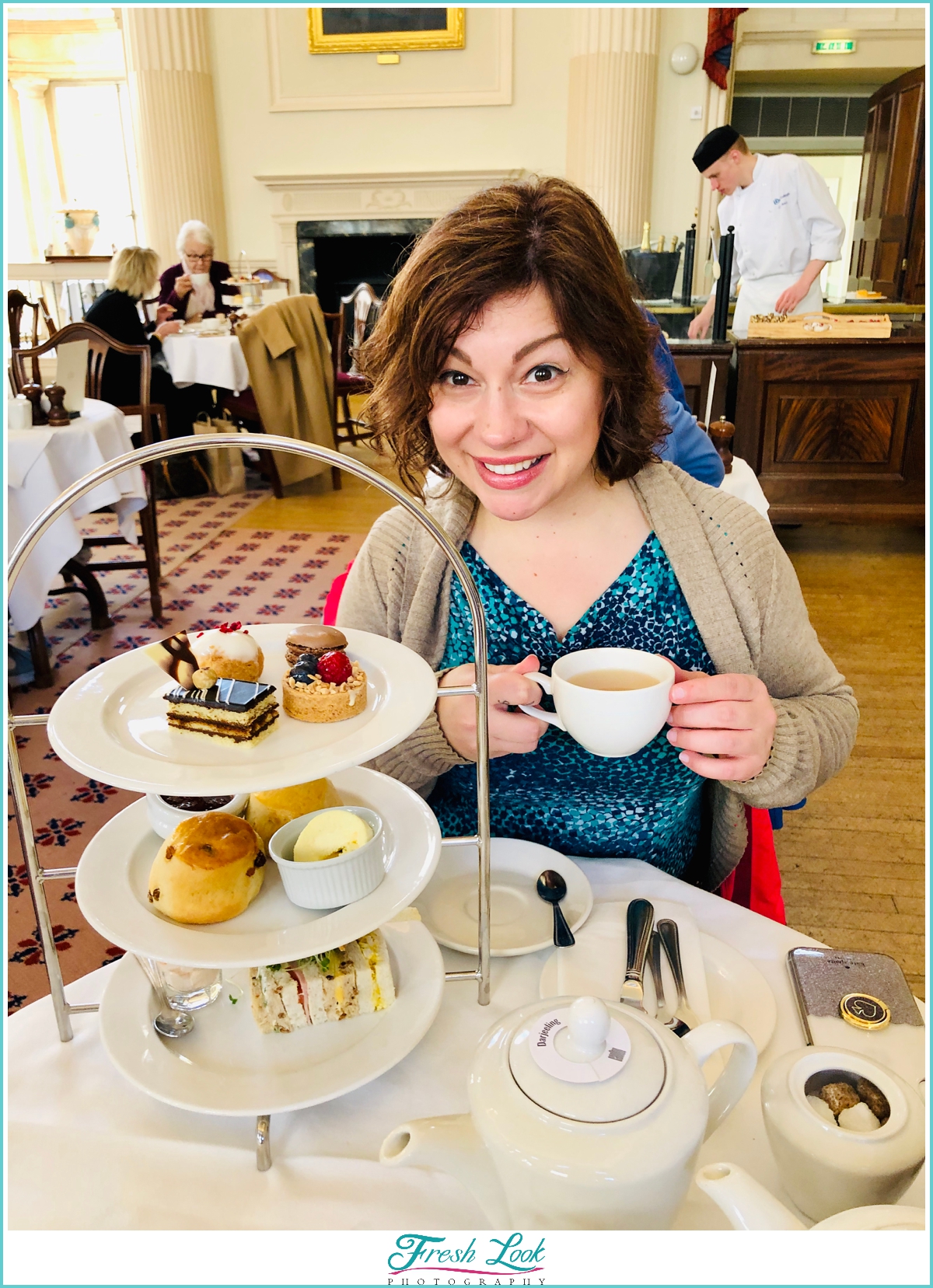 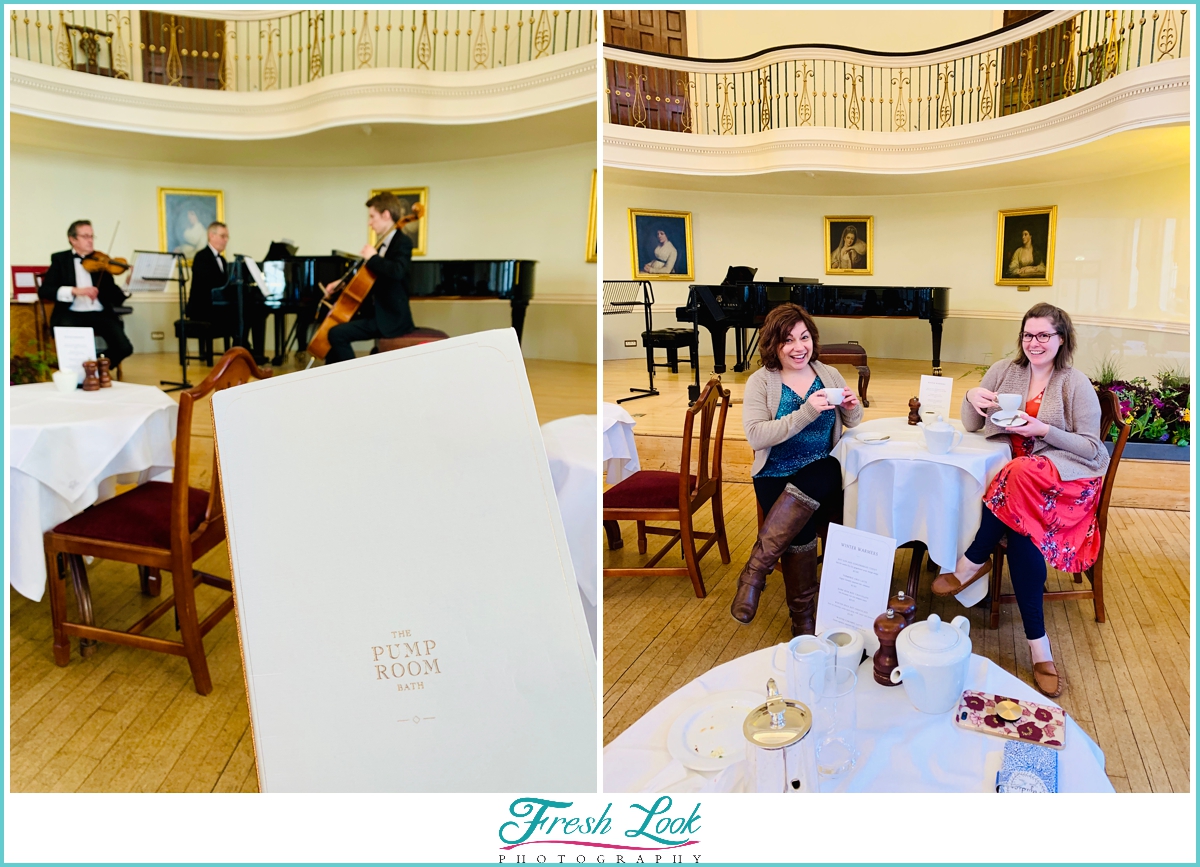 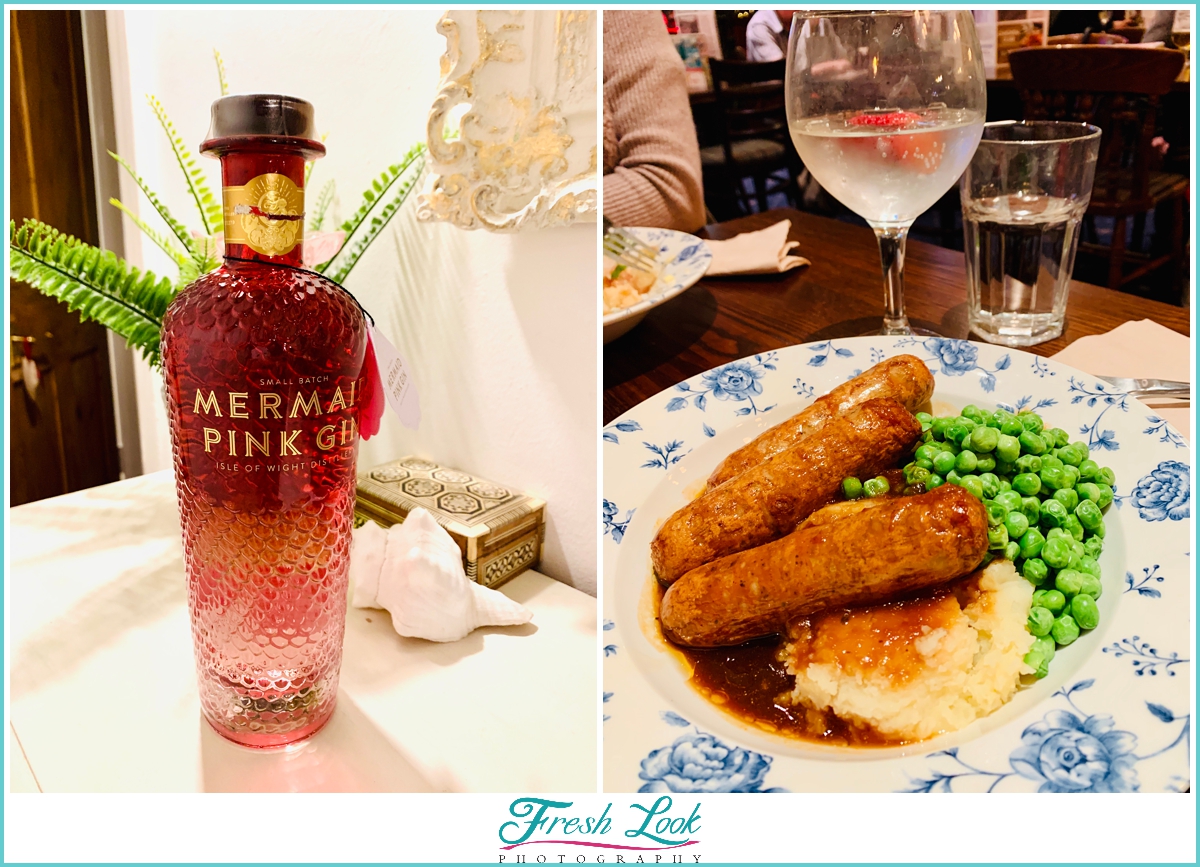 The last day of traveling to England started with a proper English breakfast.

You can see from the first photo how much food it was (they don’t mess around!).

I made a big dent in the food, but wasn’t able to finish all of it.

We headed to the Brighton Pier and played tourist for the day.

One of the most interesting things about English beaches is that the beach is made up of rocks, not sand.

Despite the cold, windy temperatures, there were quite a few people hanging out on the beach.

Those British people are definitely committed to enjoying the sun whenever it’s out!

And we ended the day by enjoying Cream Tea, which is basically their version of an afternoon snack.

There were homemade scones, lots of delicious tea, and (of course) clotted cream and jam. 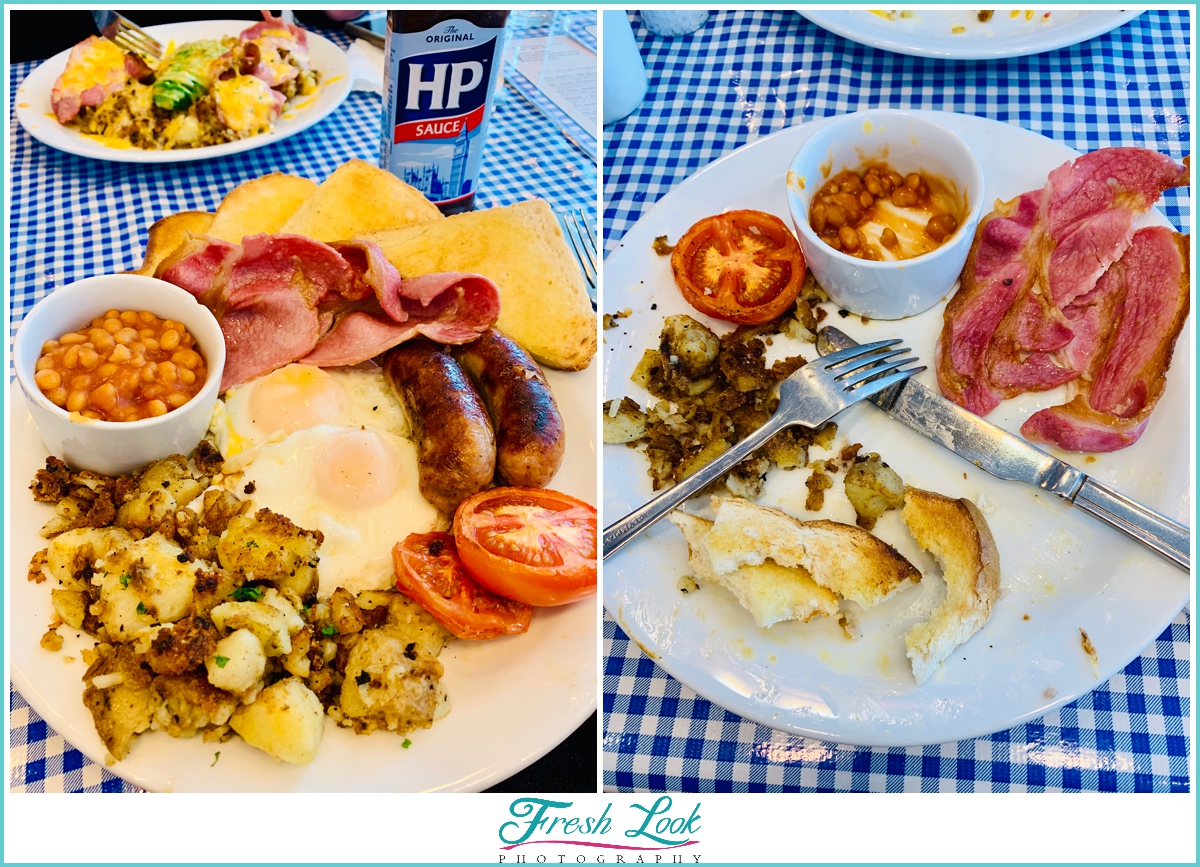 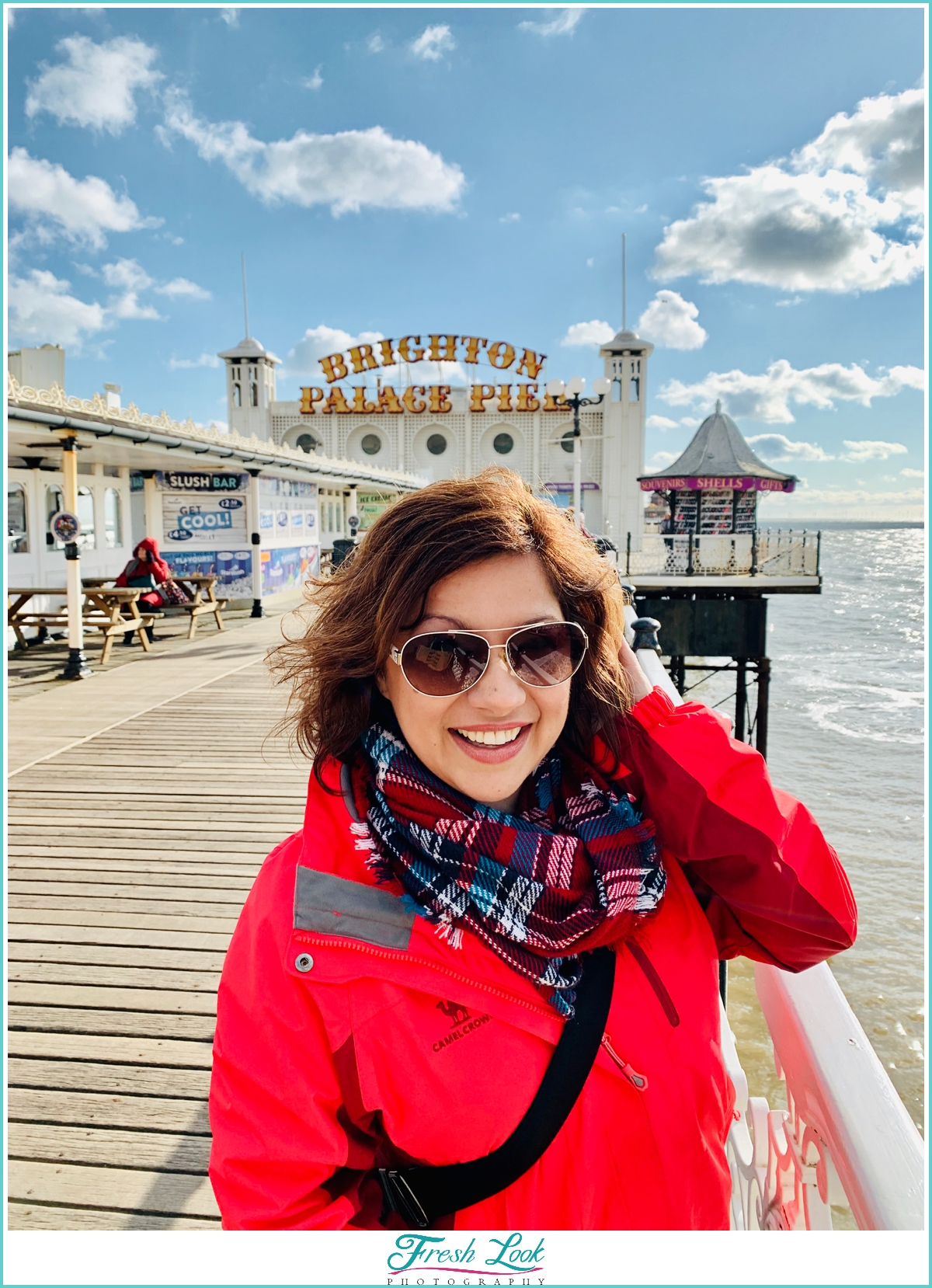 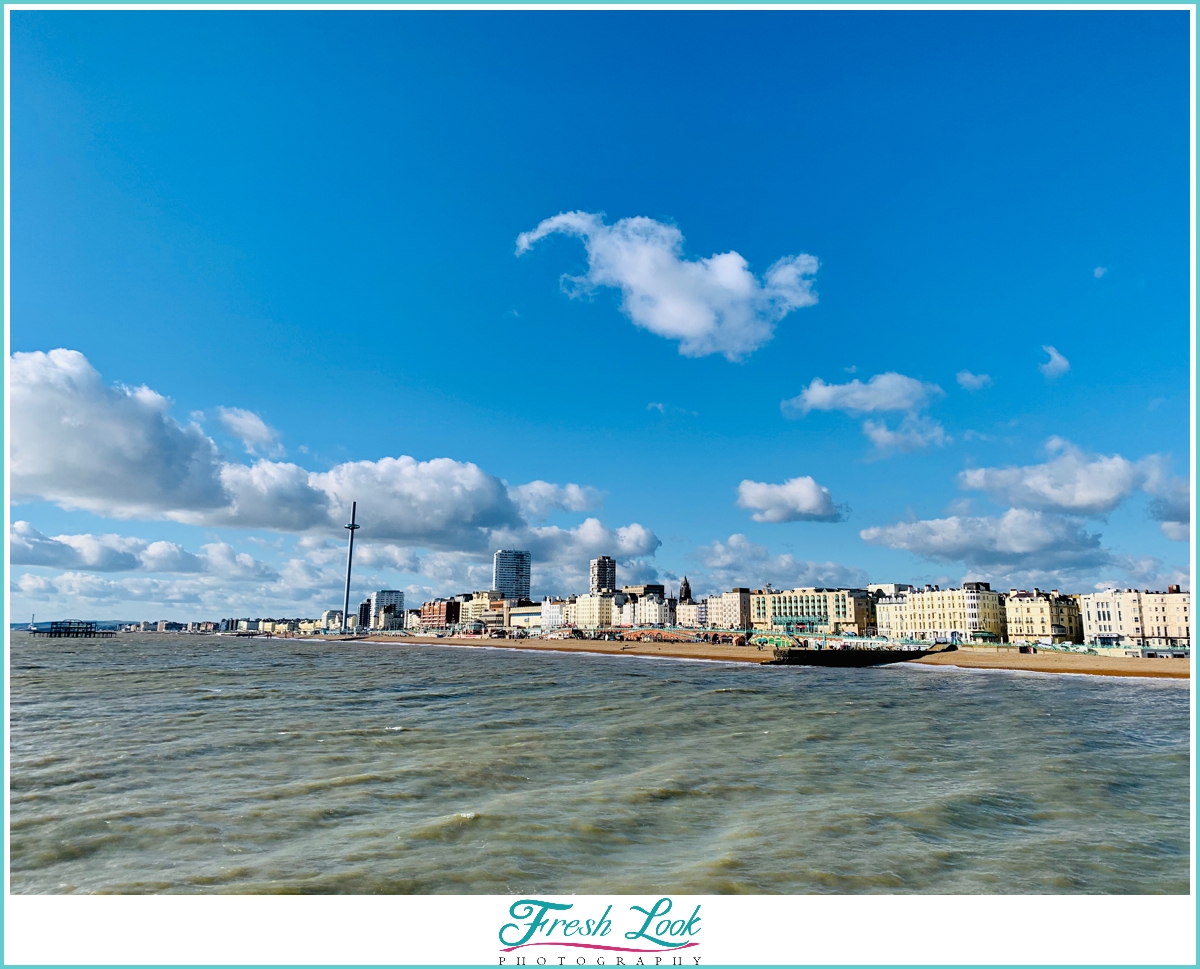 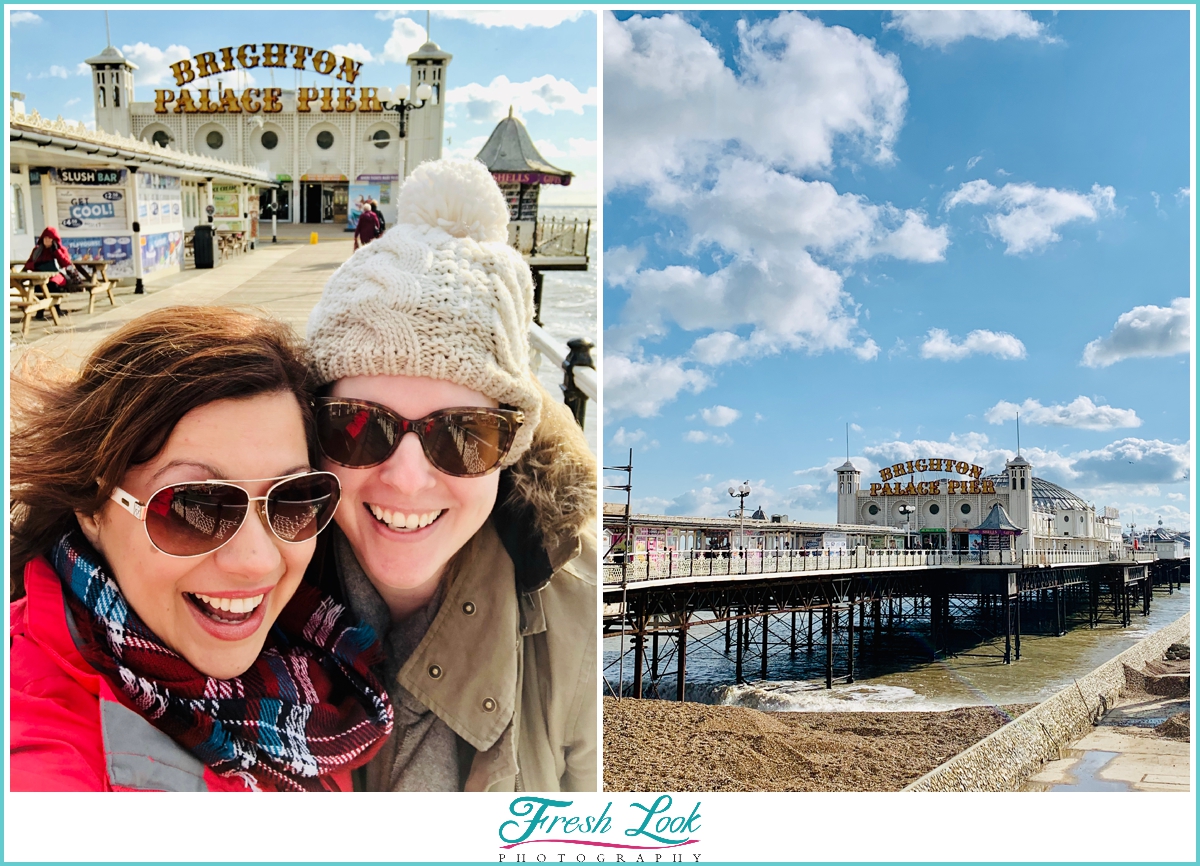 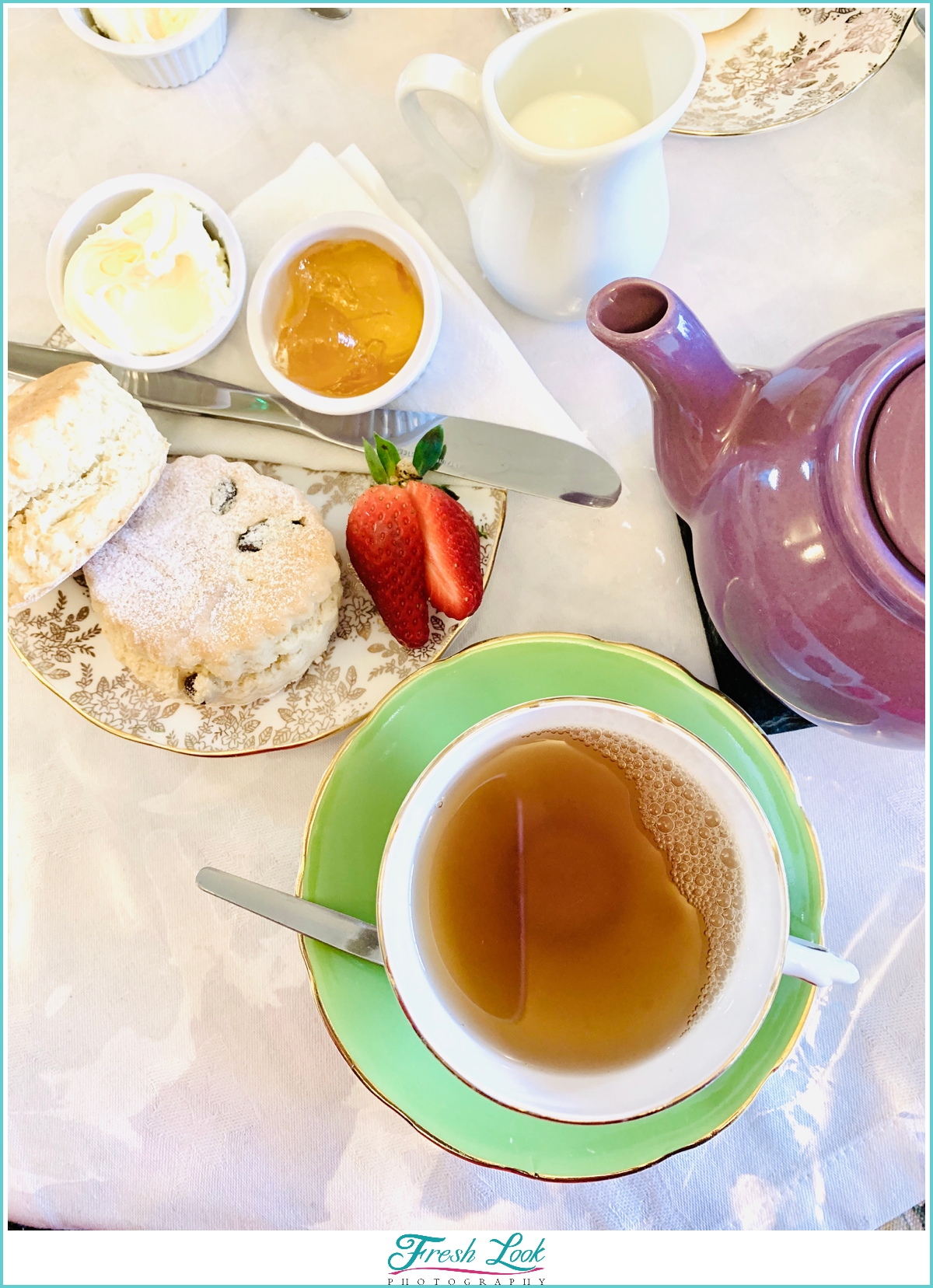 If you loved seeing these photos from traveling to England – awesome!!!

We would LOVE to create a custom portrait session for you and the ones you love!

Can’t wait to create some magic for y’all!

Check Out Some of Our Recent Sessions Below!

Got 60 Seconds? Come here, let me teach you someth