Beach Engagement with the Dog | Drew+Kristin

This beach engagement with the dog was special for a few reasons.

We were able to celebrate Drew and Kristin getting engaged – yay!

Especially when she saw another puppy running around on the beach. Wow. She was like young pup playing with the other dog, running around and playing in the water.

At one point, Tuna dragged a giant stick over to Drew and wanted him to play fetch.

It was so adorable!

Until we couldn’t get Tuna to look at the camera because she was so interested in the stick.

Eventually Drew had to throw the stick into the ocean just so Tuna could concentrate! 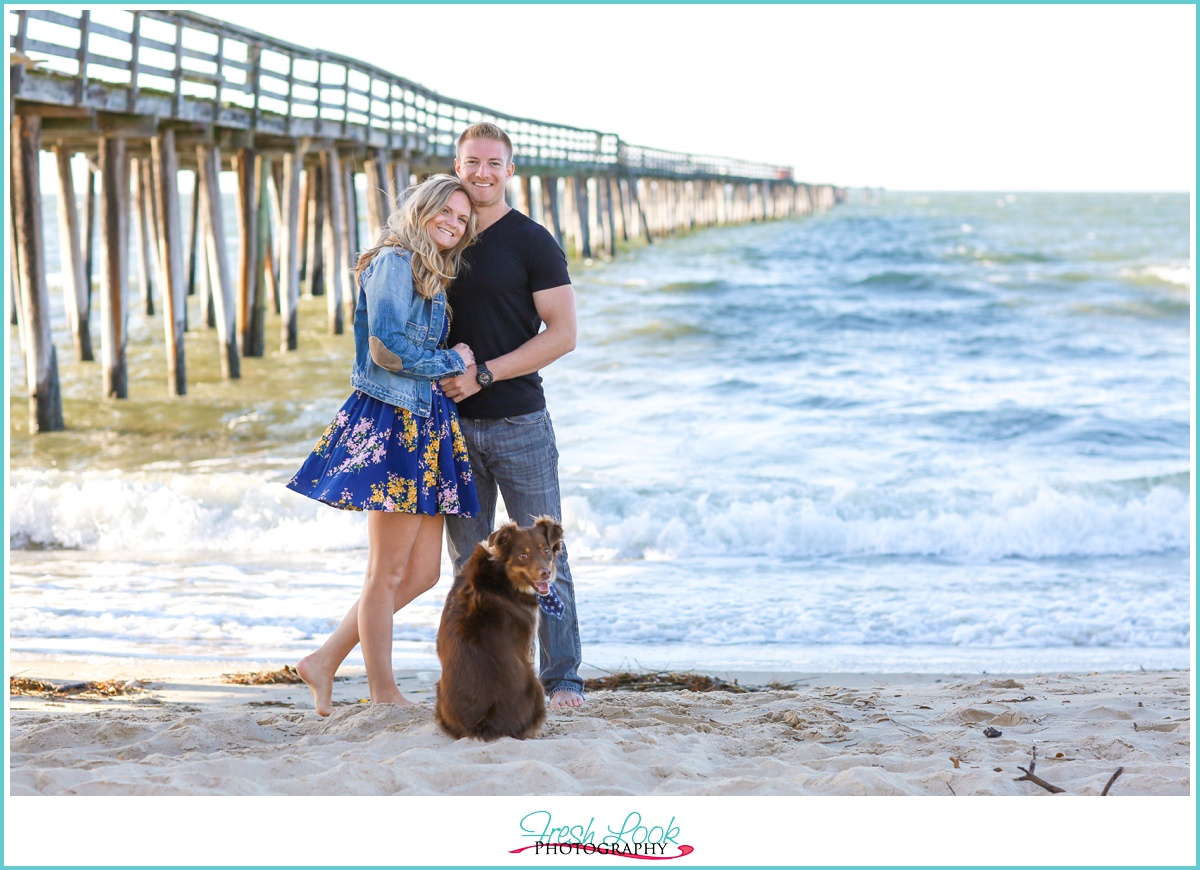 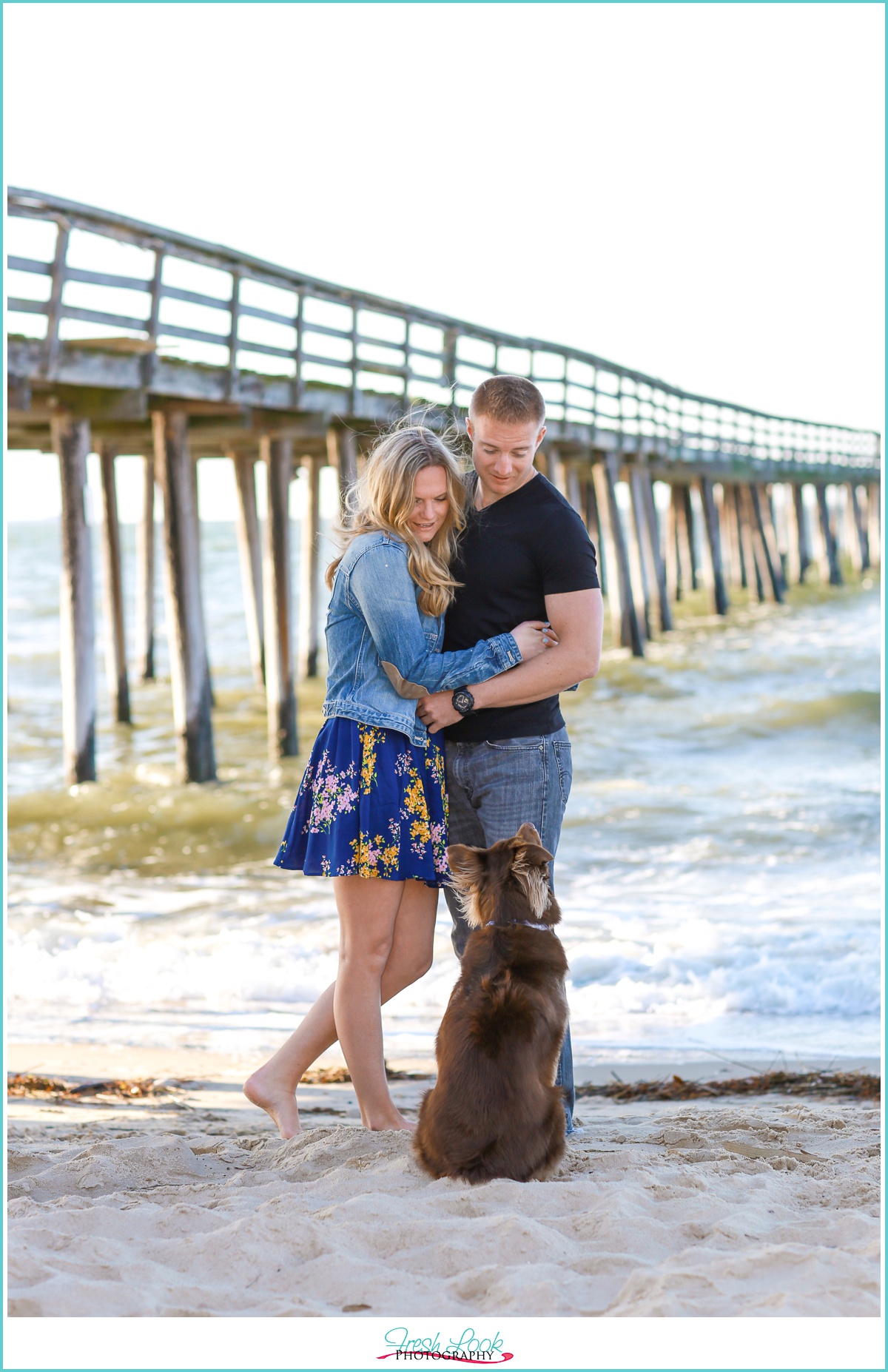 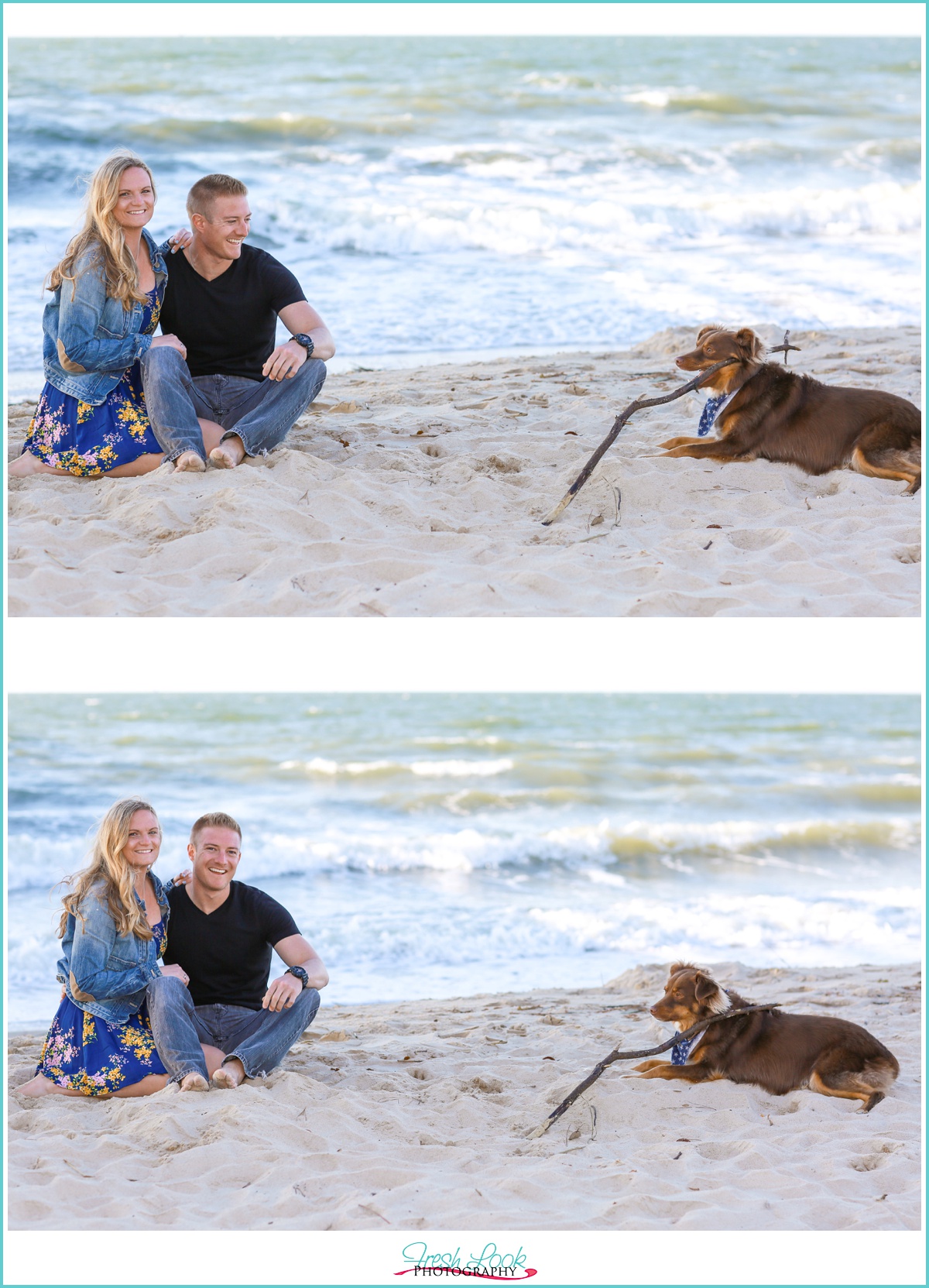 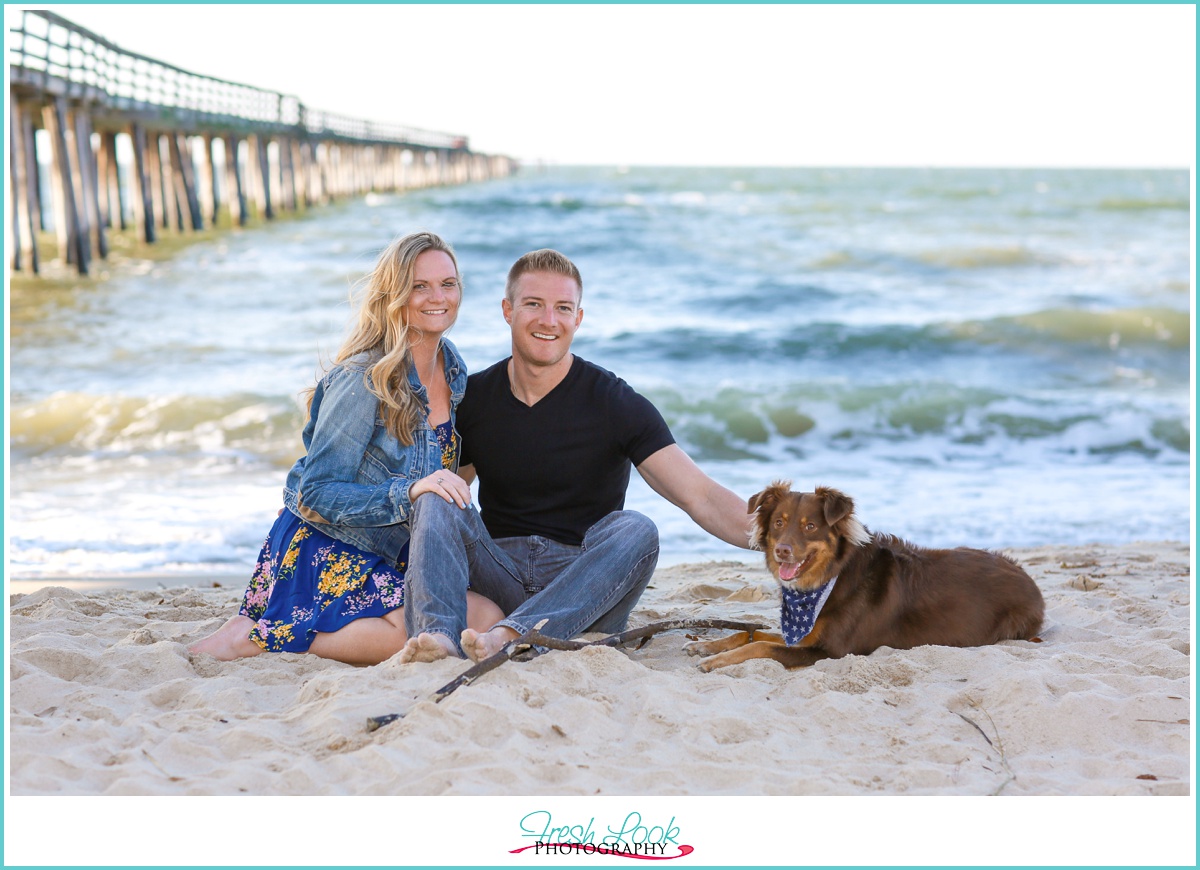 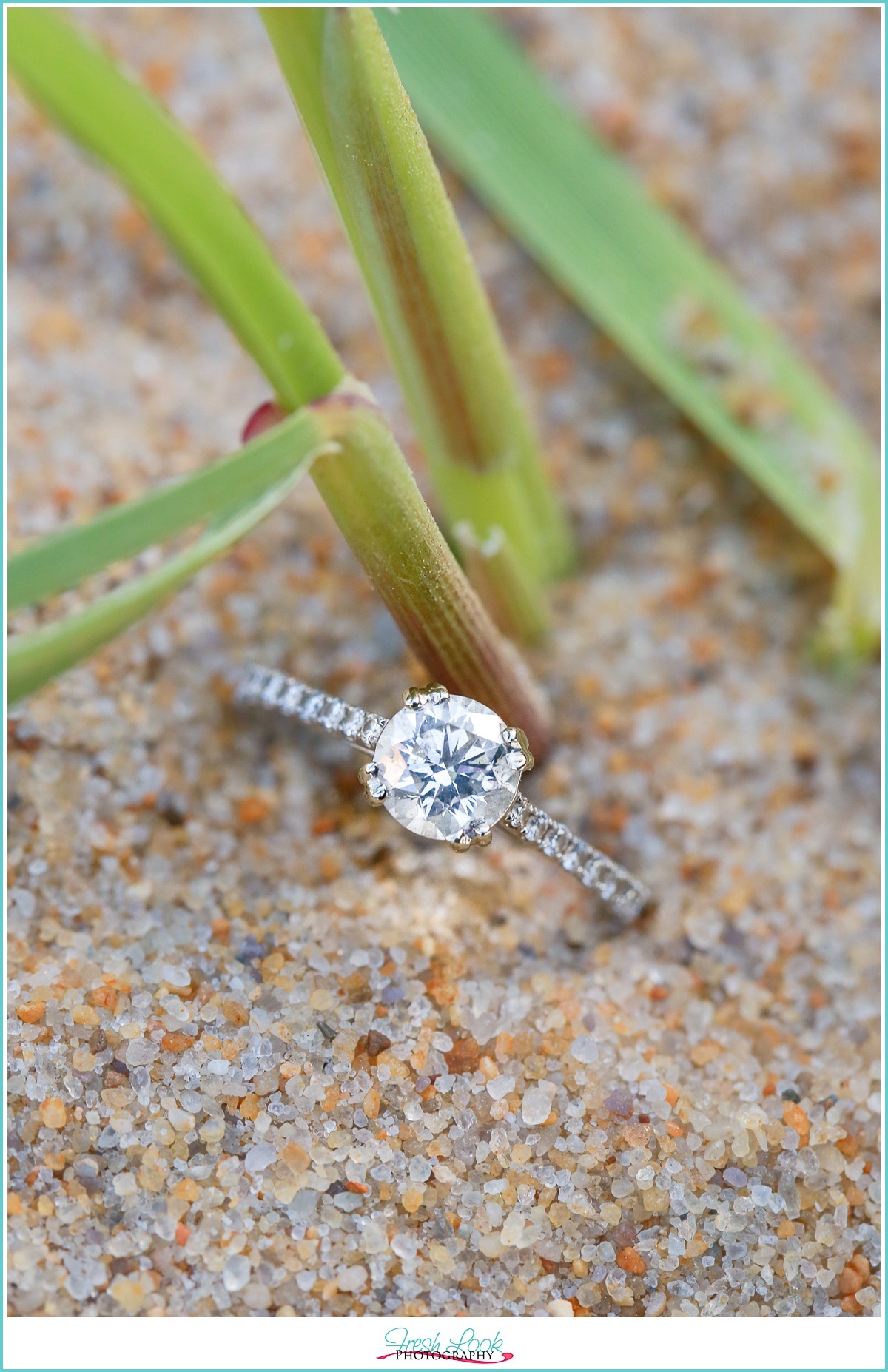 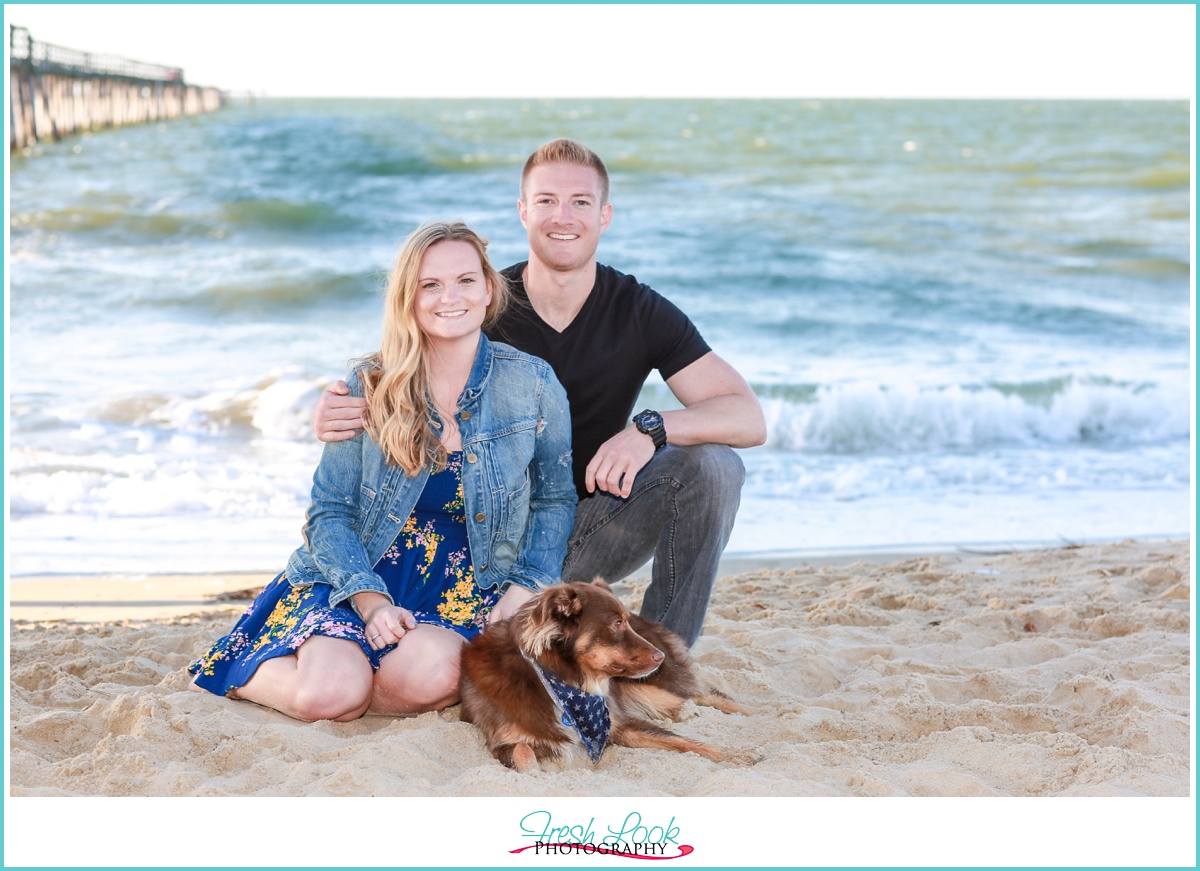 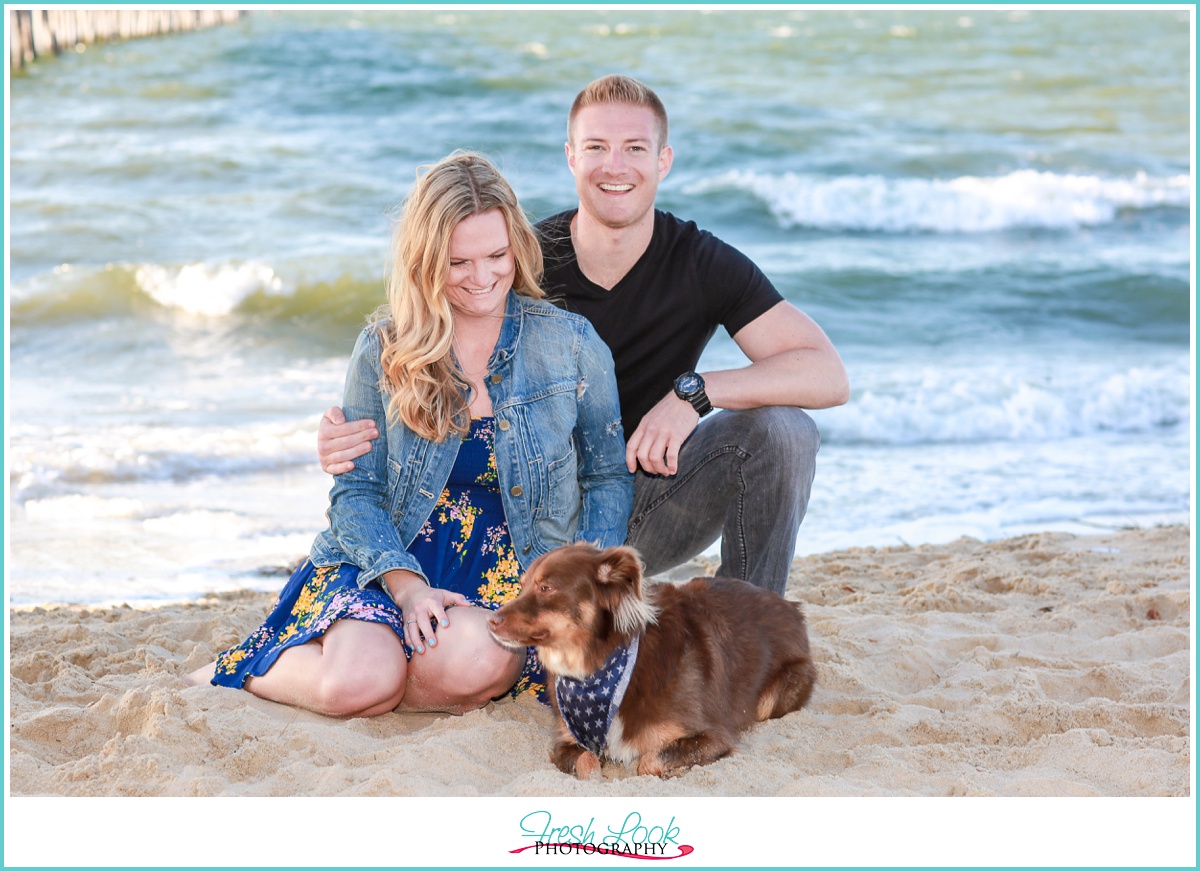 Beach Engagement with the Dog

Drew is in the military, and originally found us through an almighty Google search.

And this was back in early February!

Drew said that he wanted to plan an engagement session for his fiancé Kristina, since they hadn’t had a chance to take any photos together yet. Aawww!

It was awesome because he actually told Kristina about the session on Valentines Day. I’d say that should definitely win him some brownie points!

Drew and Kristina, we wish y’all nothing but love, snuggles, and lots of laughter in your marriage! Thank you for trusting us to photograph a piece of your love story! 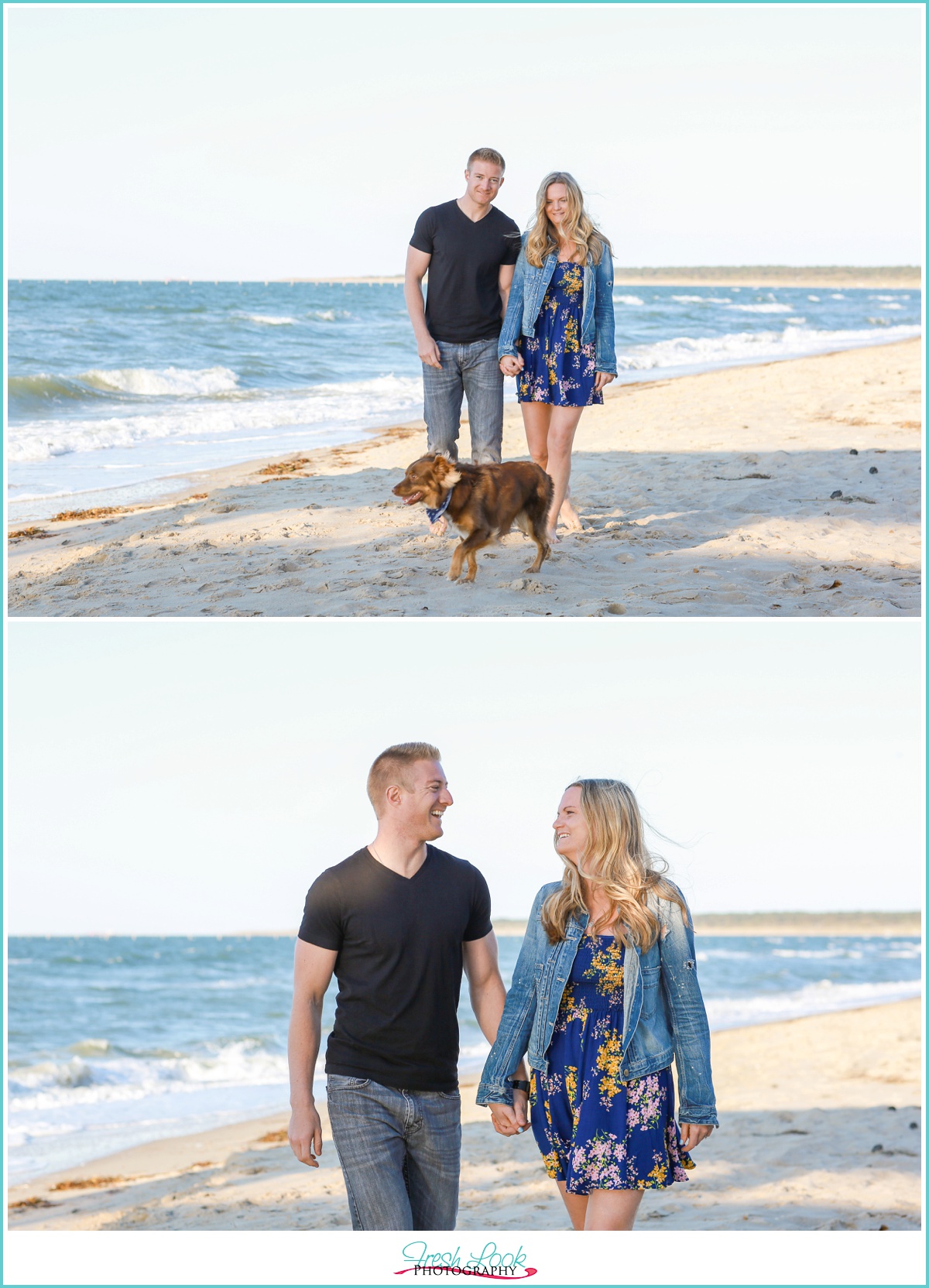 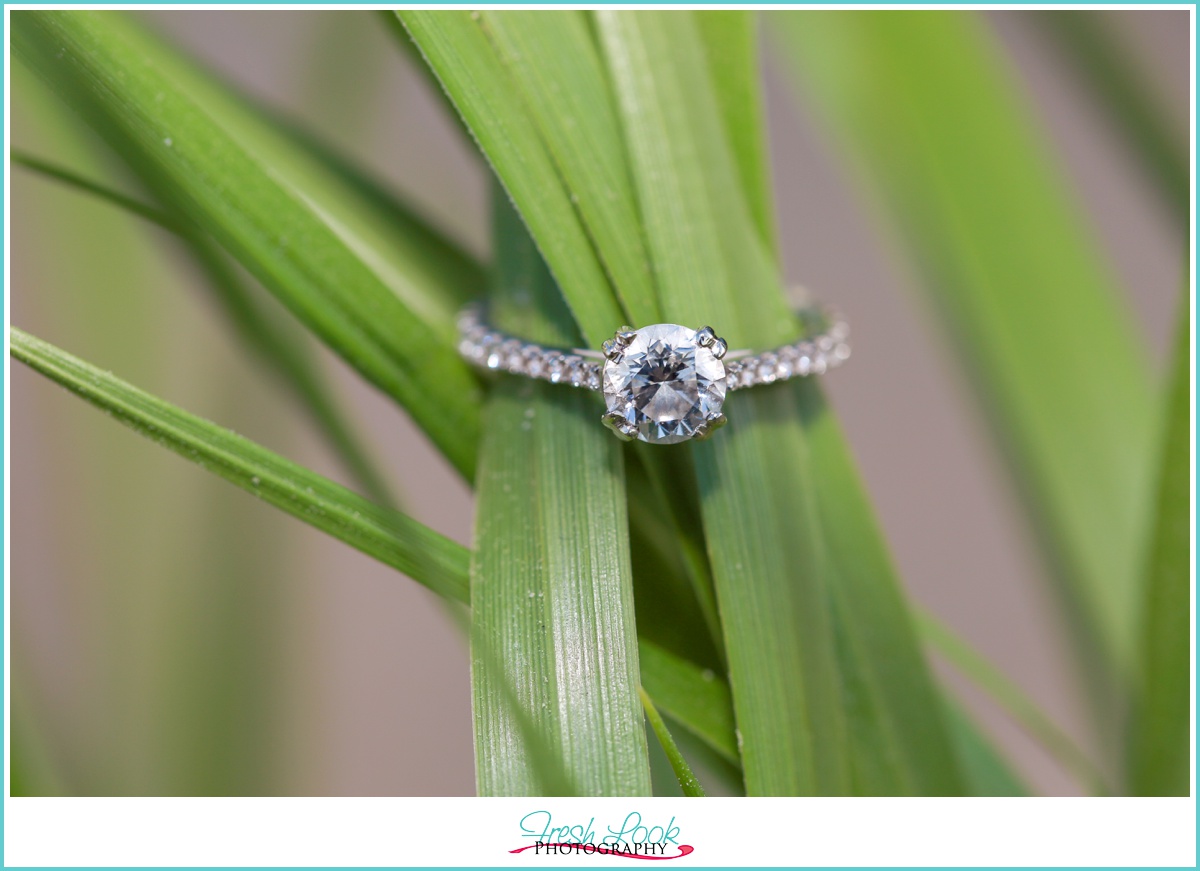 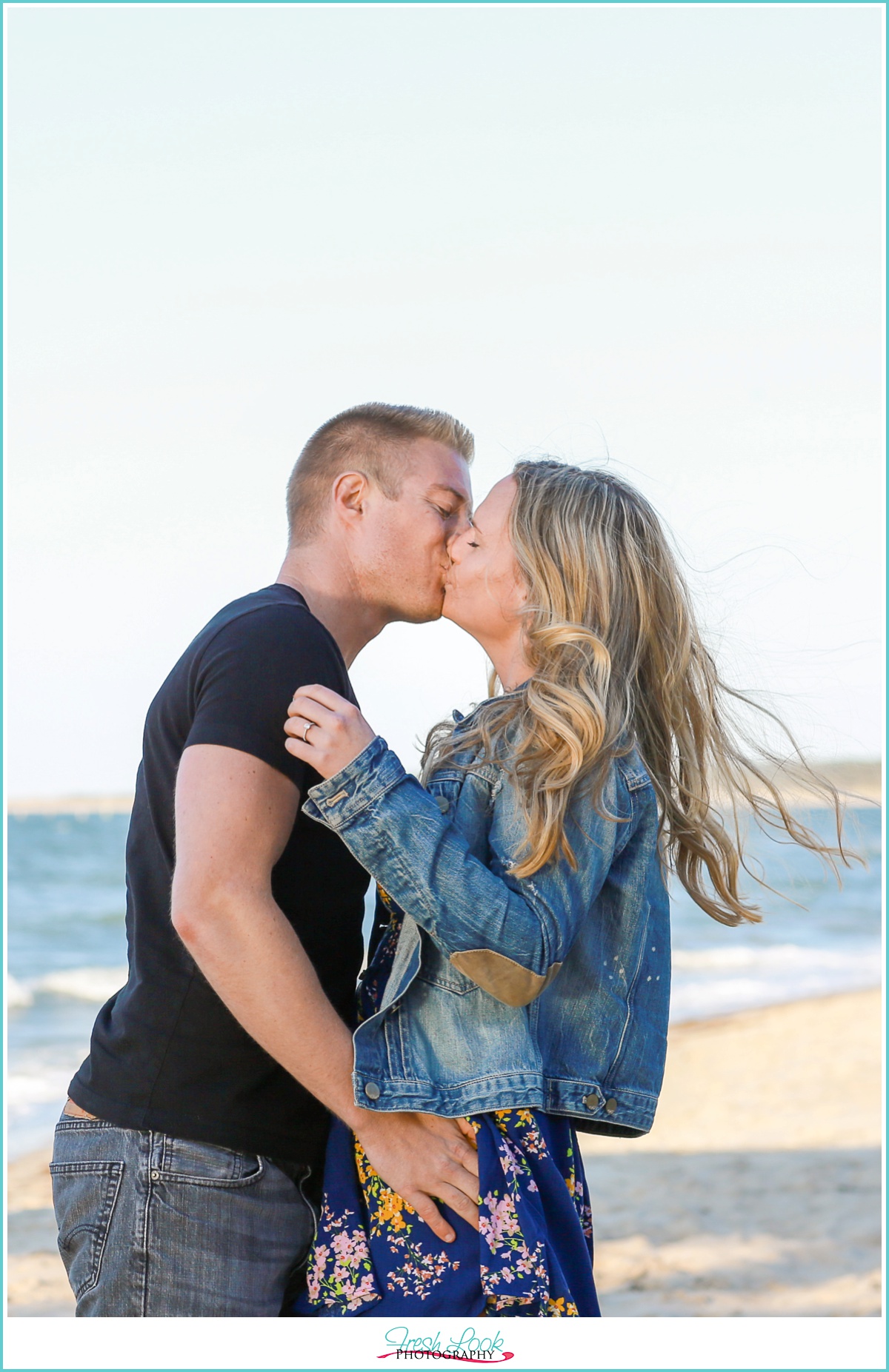 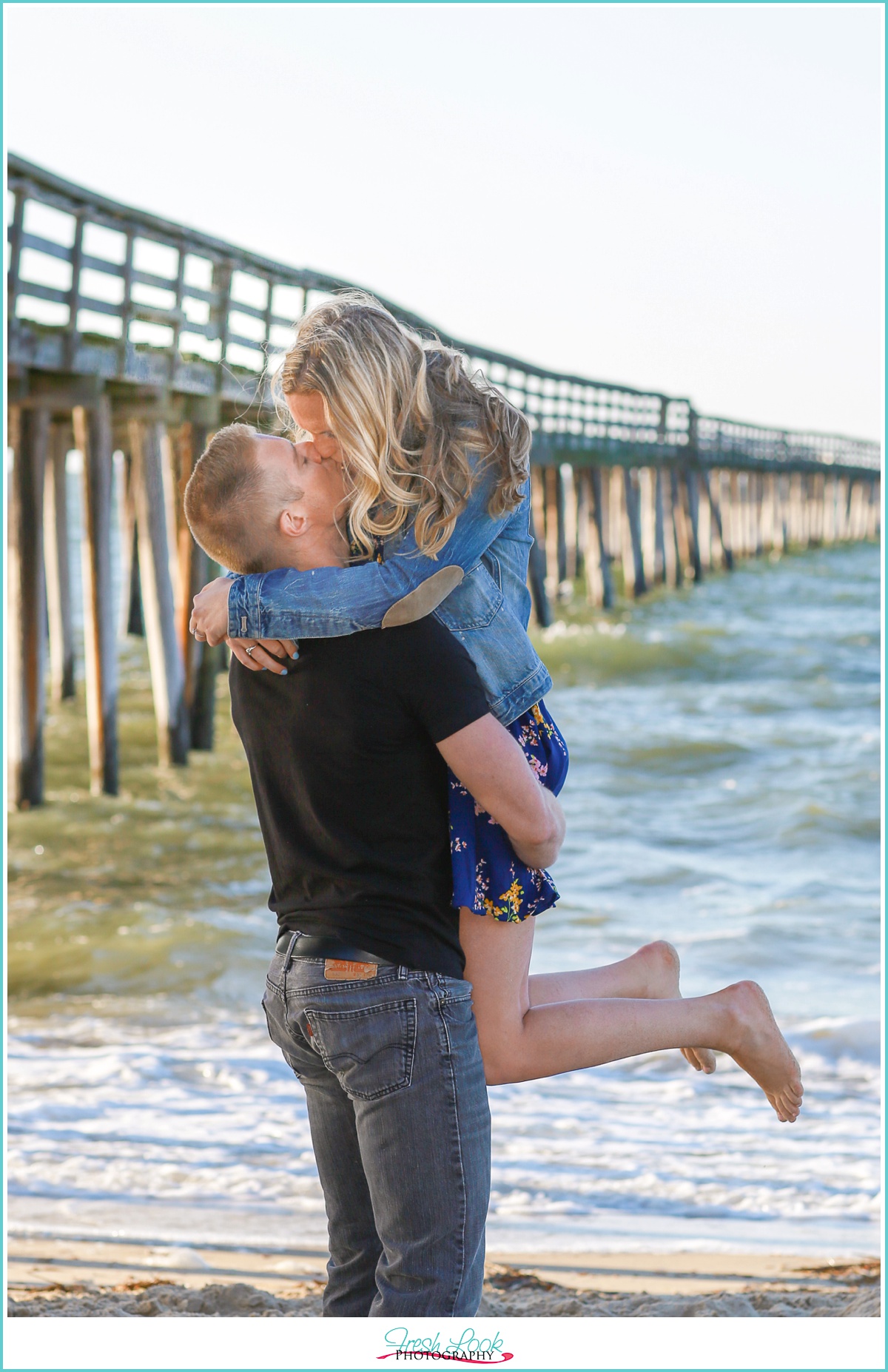 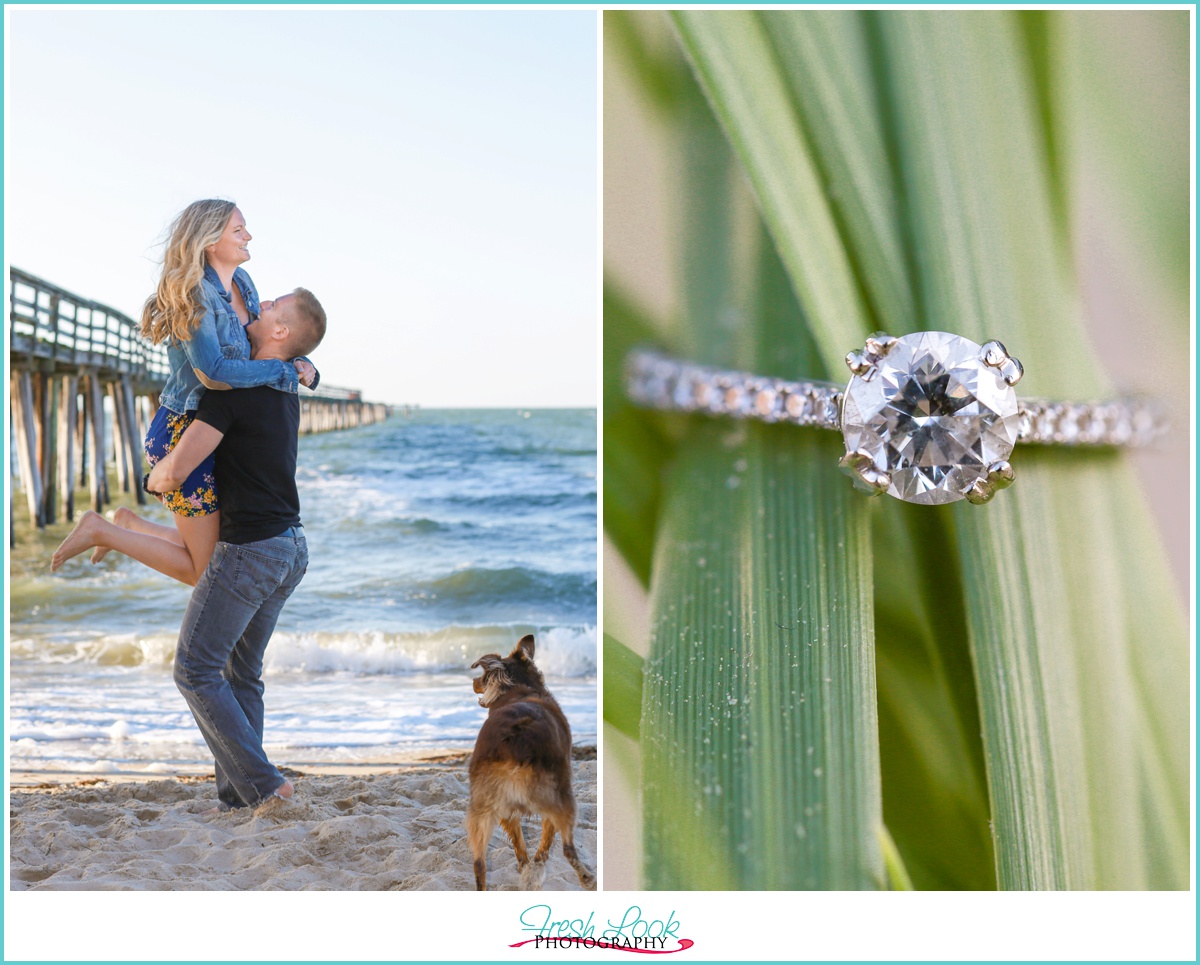 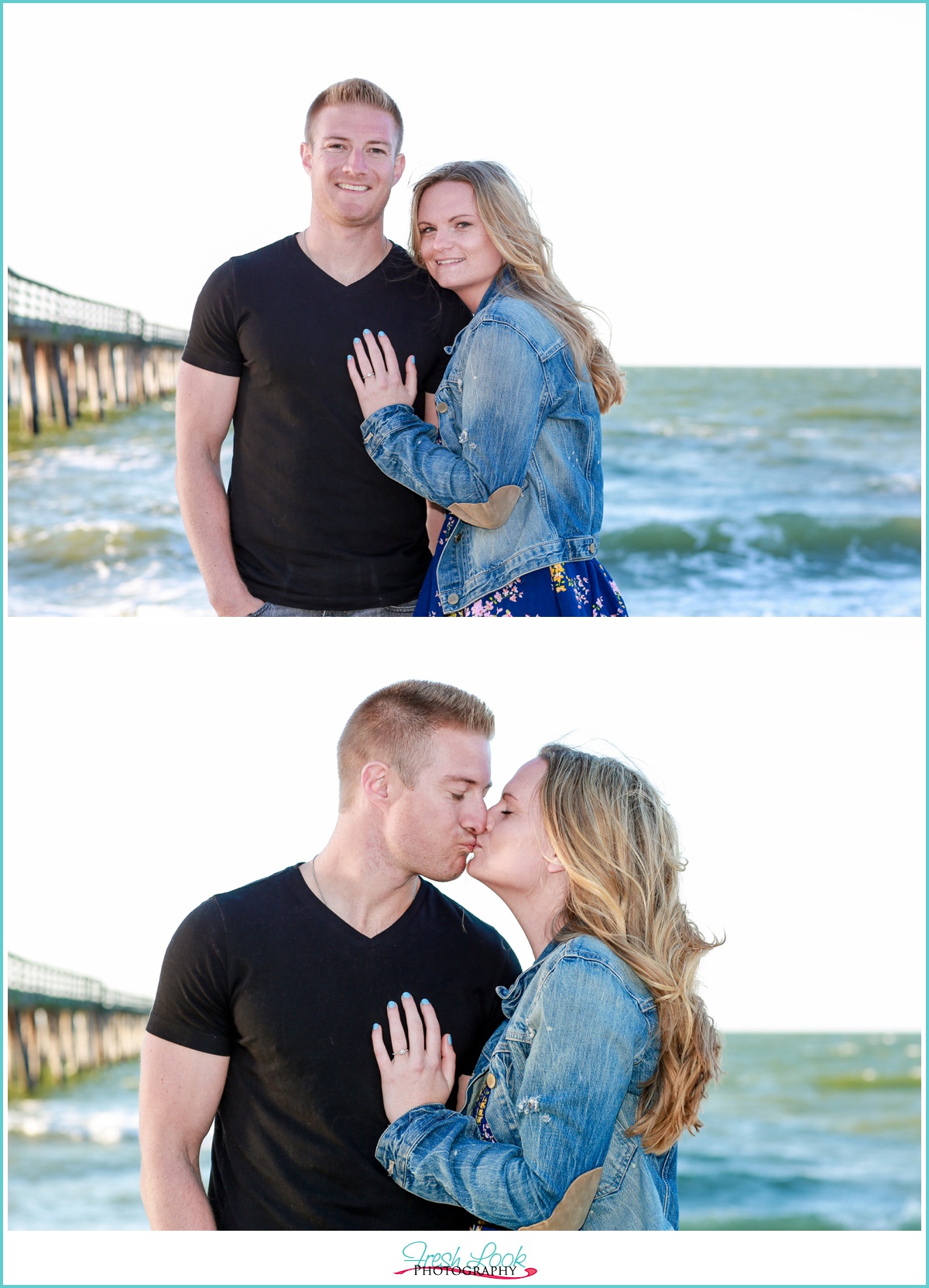 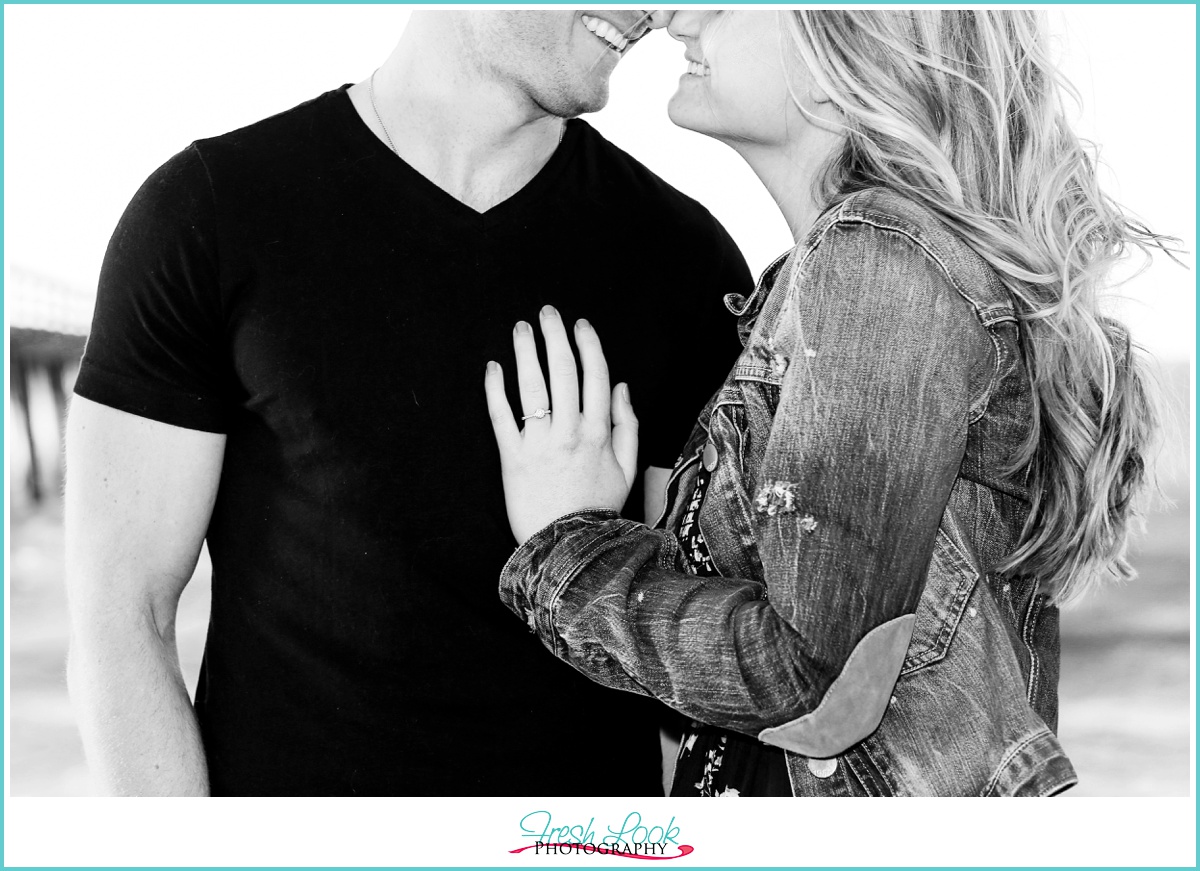 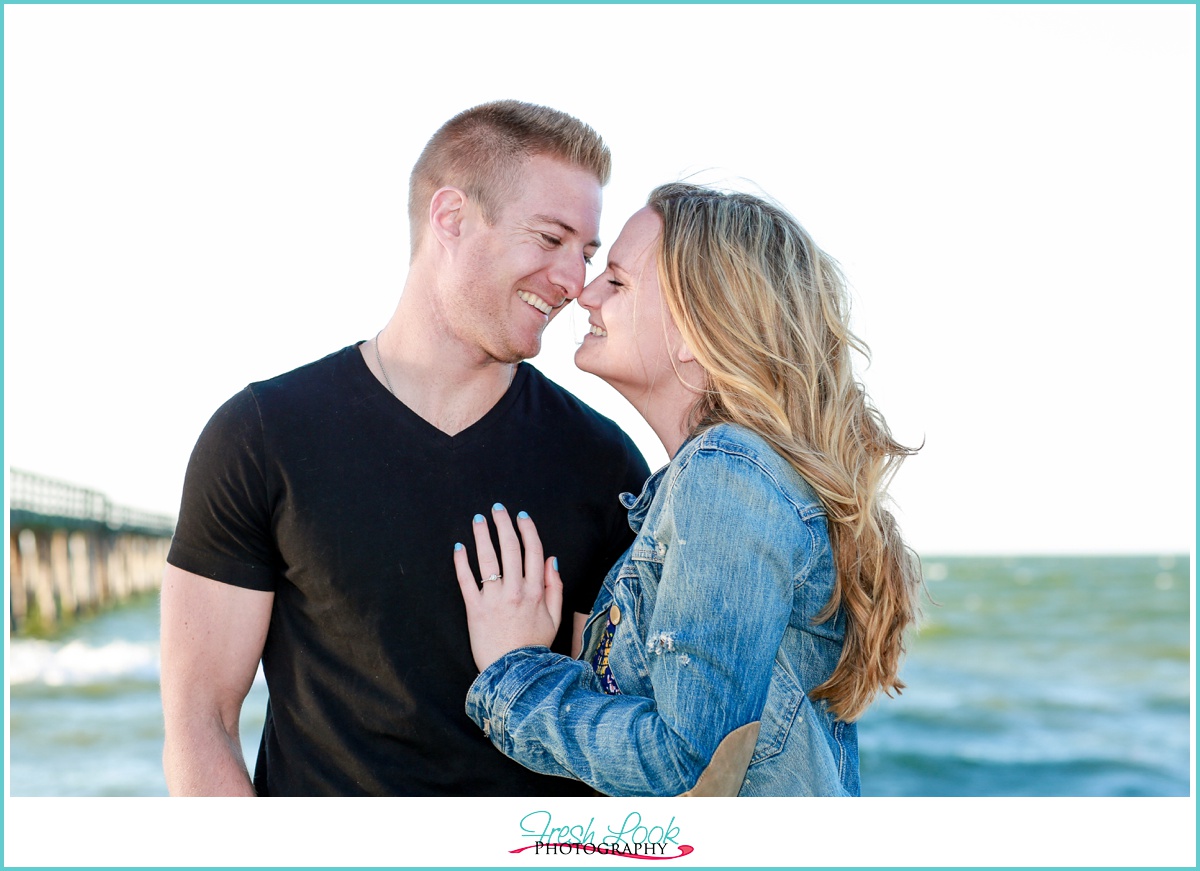 If you’ve finished looking at this beach engagement with the dog and are thinking – I wanna do something like that! Awesome!!! We would LOVE to create a custom portrait session for you and the ones you love! Feel free to message me by hitting the { CONTACT ME } button or by giving me a call at 757-749-5350. I can’t wait to create some magic for you!

Check Out Some of Our Recent Engagement Sessions Below!

Your photographer should capture the essence of yo

Who says you can’t always include pink? Yup - ev

Phoenix, you sure are wowing this beach girl! 💕