We are so excited to be leaders for the Scott Kelby Worldwide Photowalk again – now in it’s 10th year! This Smithfield photowalk is going to be so much fun – you can check out our event from last year. This is an annual event where photographers around the world gather on the same day to explore, photograph, share photos, make new friends, and be a part of a great cause. The Worldwide Photo Walk supports The Springs Of Hope Kenya Orphanage, an organization that feeds, houses, educates and empowers young orphans so that they can grow up to not just survive but succeed.

Not only are we doing a Smithfield photowalk this year, as an added bonus we are partnering with the Smithfield & Isle of Wight Convention & Visitors Bureau. We are super thrilled to be working with them because in addition to the contest being held by Scott Kelby, Smithfield is also running a photo contest and will be giving away $200 in cash prizes!

Smithfield Tourism will sponsor $200 in prize money for the winning images (as judged
by Judith and Eric). $100 for first prize, $75 for second and $25 for third prize.
In exchange Smithfield Tourism requests free usage of all 50 individual images submitted to the contest from the walk that day, so photographers will be asked to sign a photo release as well as a model release for any recognizable images of people in their image.

Entry into the walk is on a first come basis, until the 50 spaces are filled. If you
need to cancel attending, please let us know so we can find a replacement.

1. You may only submit one photo
2. Collages aren’t allowed, as they are technically more than one photo
3. Photos must be taken during the walk on 10/7 (not before or after)

Where We Will Meet

Everyone will meet and gather for a group photo in front of the Smithfield Visitor Center (319 Main Street, Smithfield VA) at 10am.

Where The Walk Will End

We will finish the day by gathering at the Smithfield Ice Cream Parlor (208 Main Street, Smithfield VA) at 1pm. 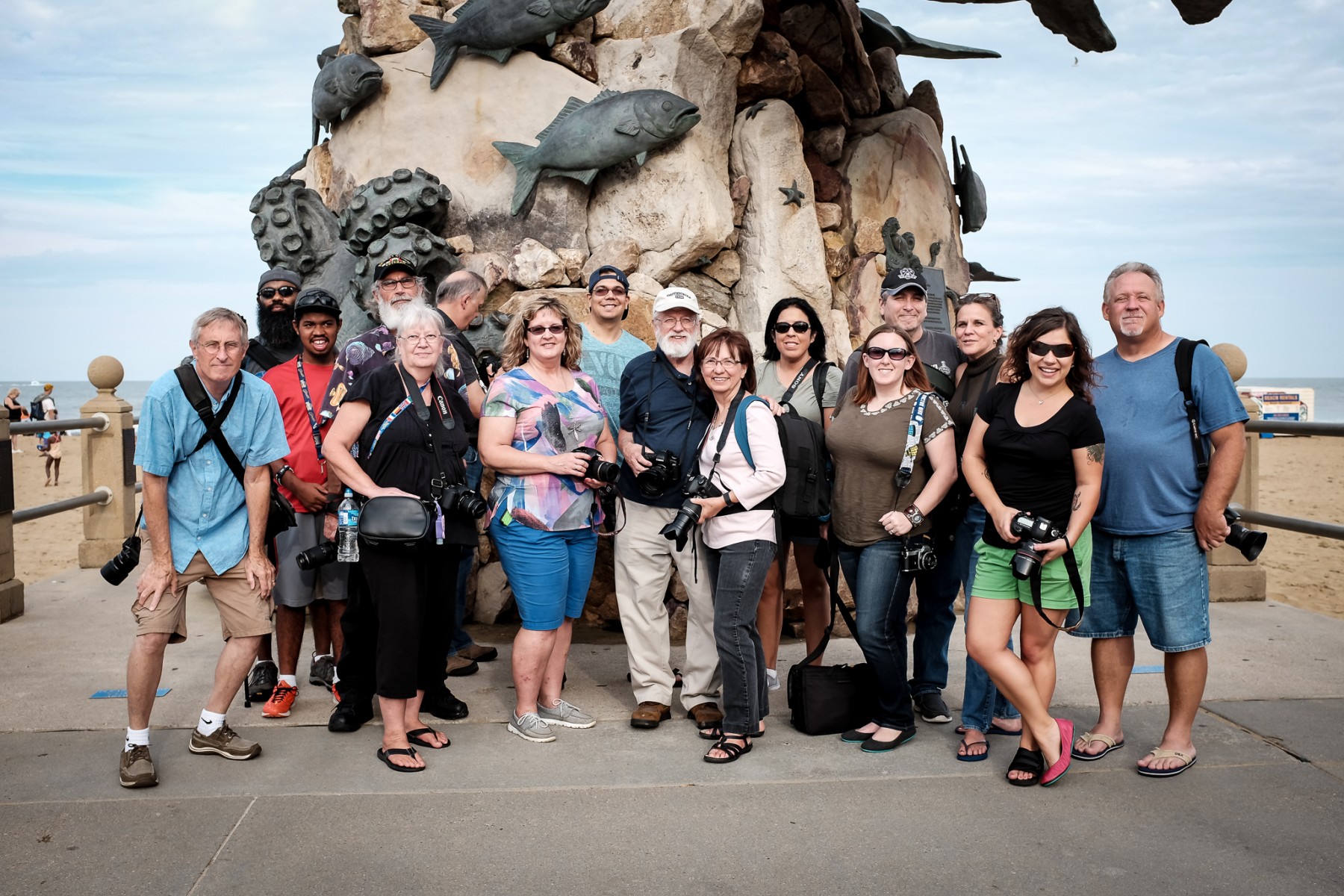 About This Smithfield Photowalk

Historic Smithfield has so much old town charm, and plenty of photographic opportunities to keep your trigger finger happy.

We will plan to meet up in front of the Smithfield Visitors Center (3019 Main Street) at 10am, grab a group shot of everyone at 10:15am, and then go off exploring and photographing all that Main Street has to offer (and even when it’s not tourist season, there is a lot to pique your interest!). We encourage you to pair up with a buddy and explore!

Main Street area is fairly flat, but has cobblestone and sidewalk areas, so please wear comfortable shoes and bring water, your camera, and whatever lens(es) you prefer. It does not matter what kind of camera you use, we encourage anyone – no matter their skill level – to come out and have fun with us!

Want to join us for this Smithfield Photowalk?

We would absolutely LOVE to see you! But – on the off chance schedules don’t work out, we also offer one on one mentoring, put together free events for photographers, or you can always { Contact Us } for anything you need – even if it’s just a friendly face to say you’re on the right track!