Sunrise is not really my thing, mainly because it comes super early in the morning. I have to get up while it’s still dark, and make my way out to whatever I’m doing. Then, be awake enough to actually do whatever it is I need to do. So for me, sunrise photo shoots are a no. That is, until, I did this beach OpLove session for the Mosher family.

We got the perfect morning for it – not too hot and not too bright. The clouds were so pretty, and it made for some pretty epic morning pictures for this military family. Get to know them a little better in today’s blog showcasing this beach OpLove session! 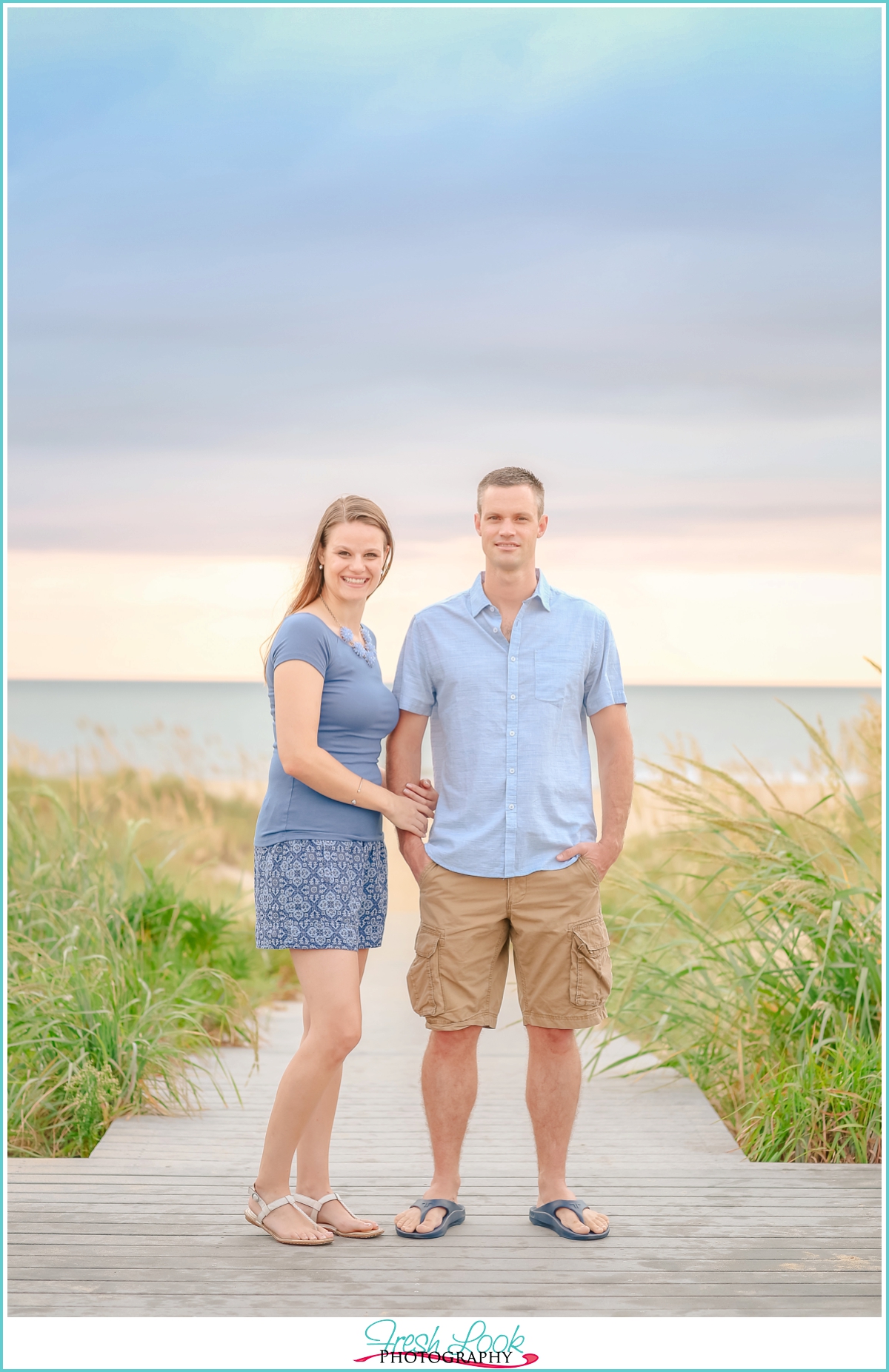 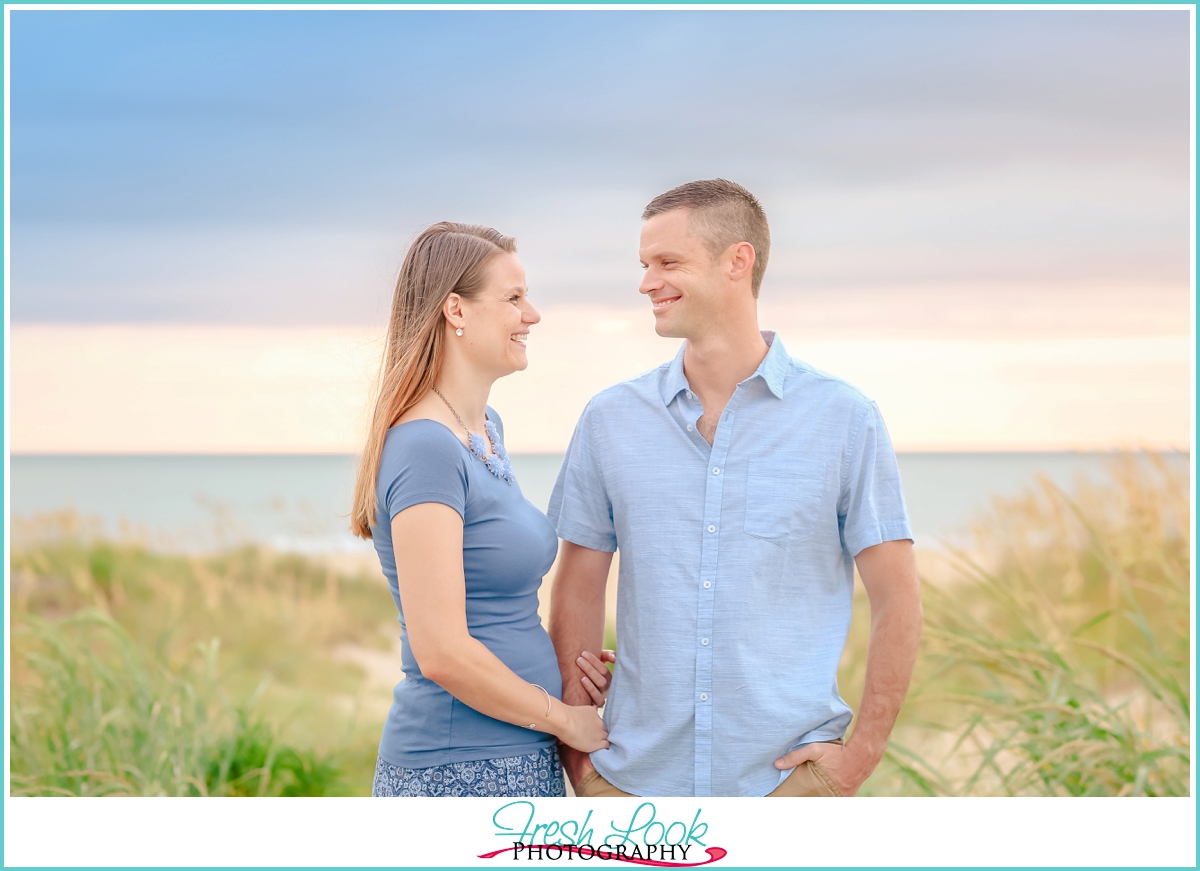 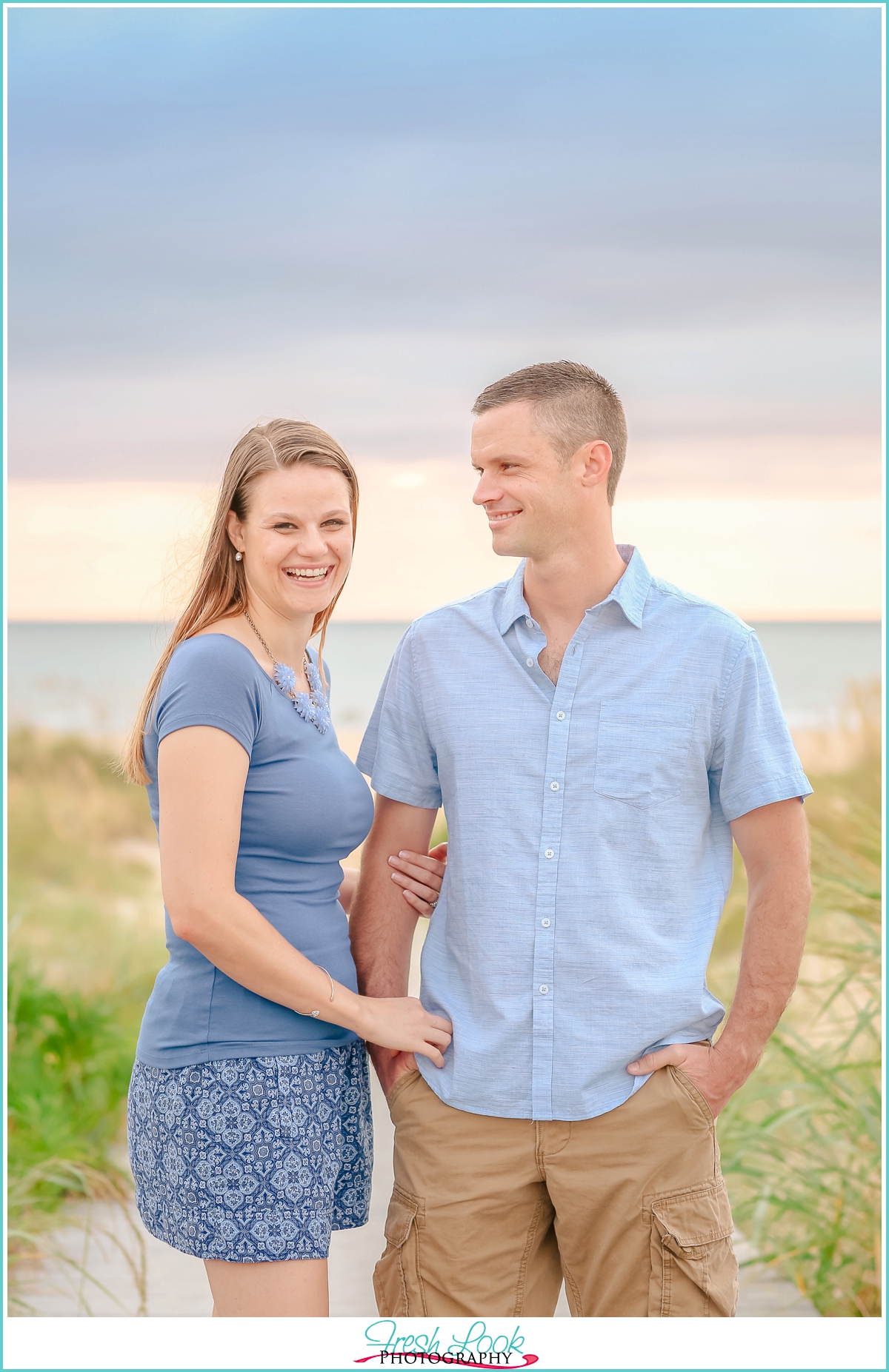 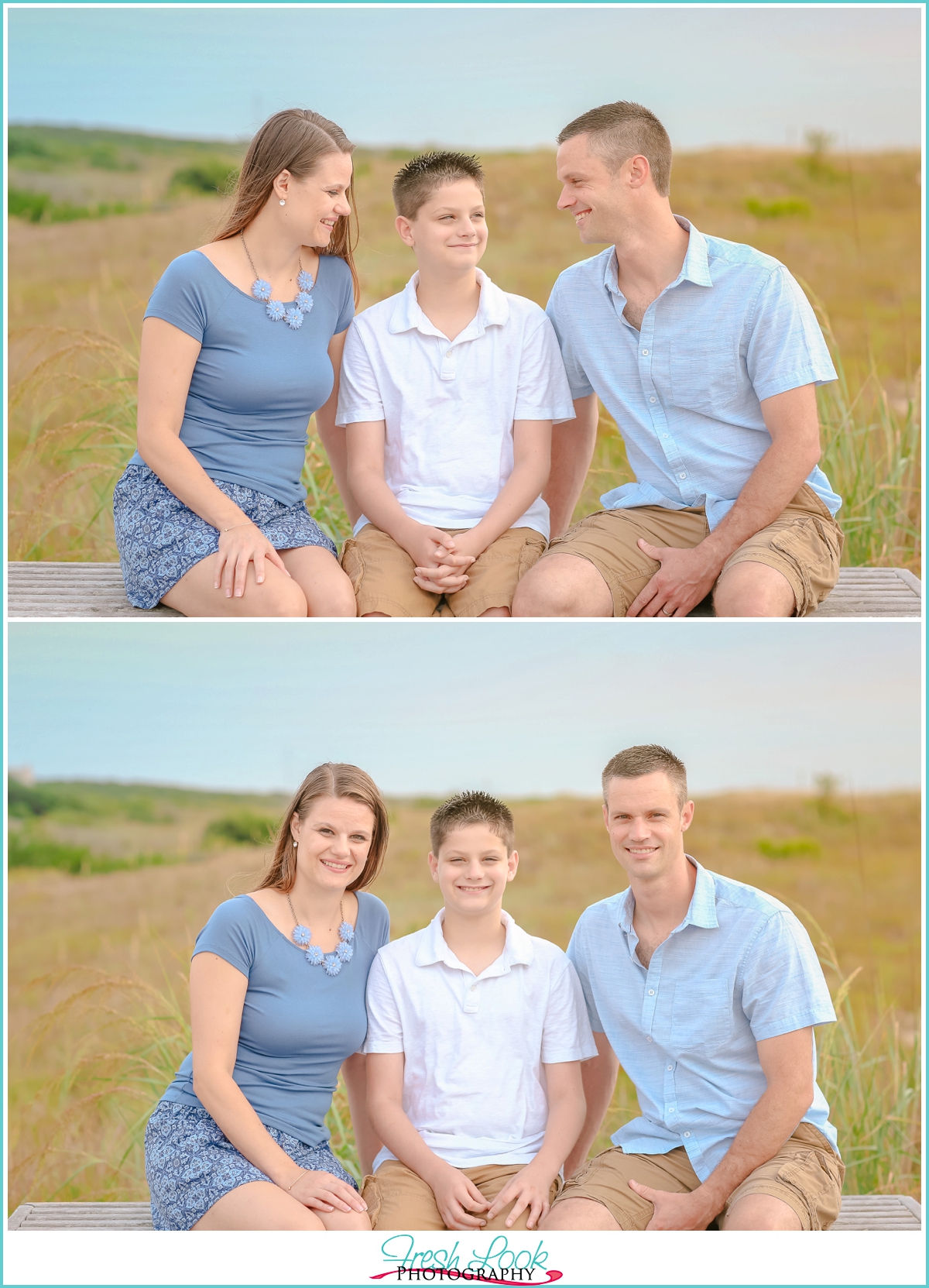 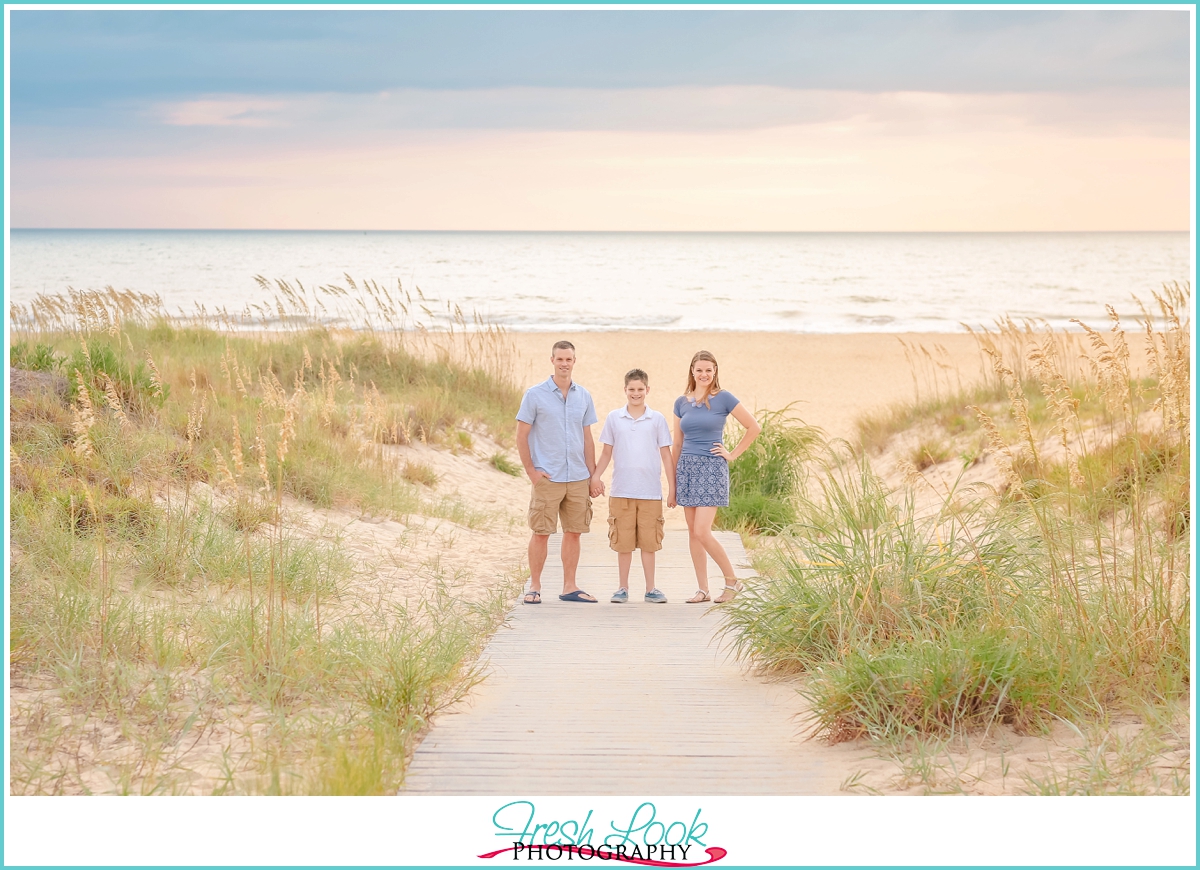 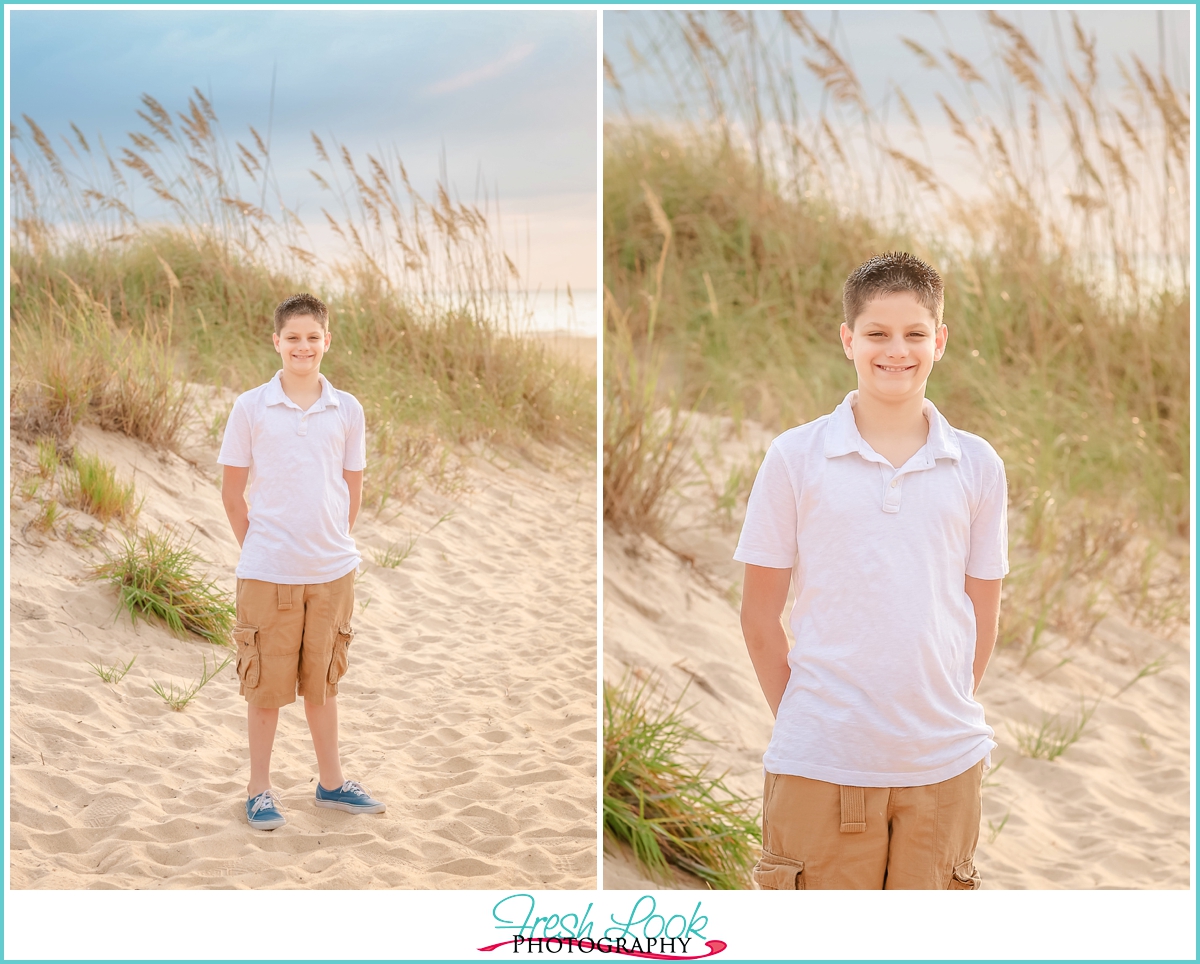 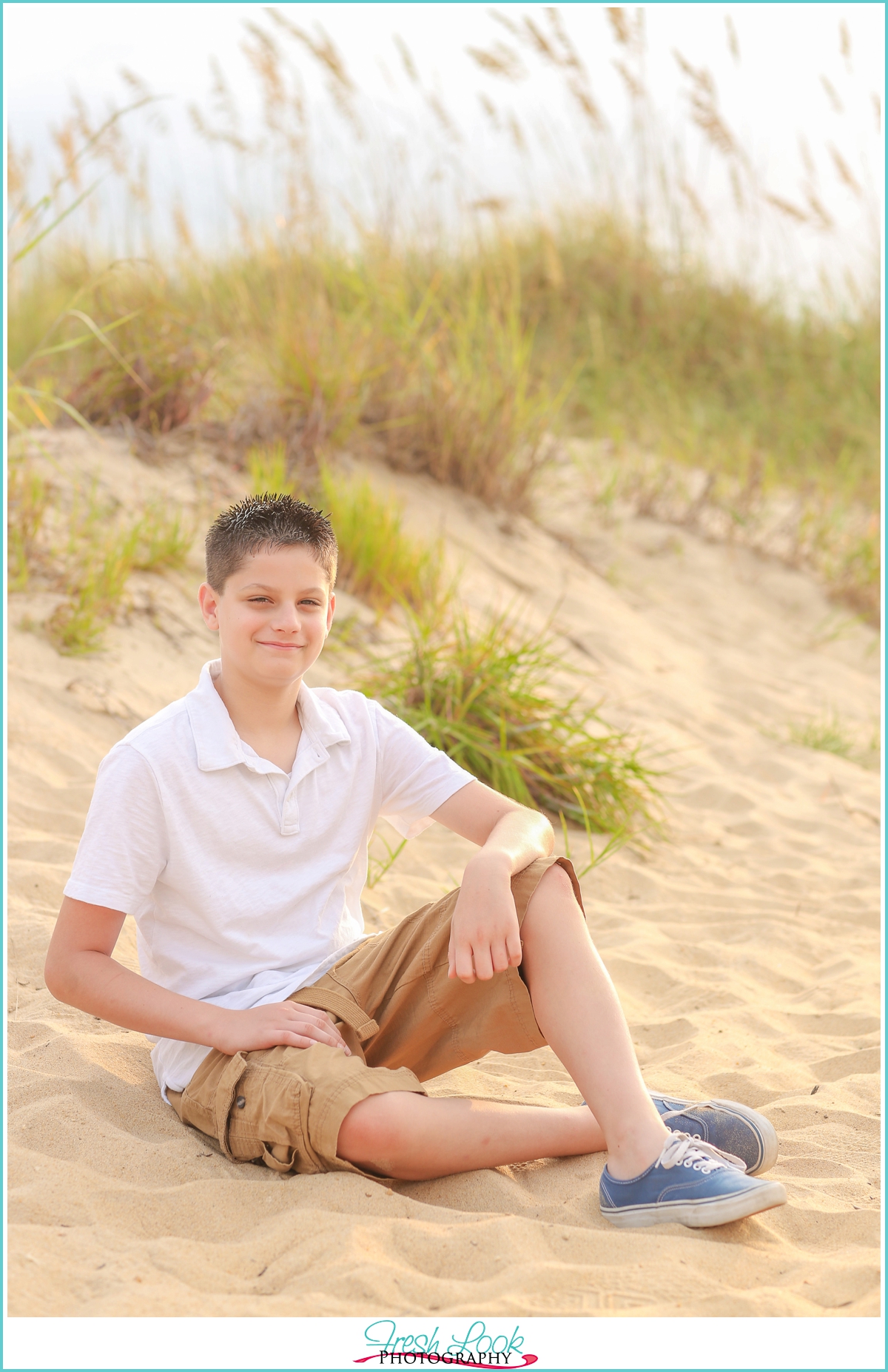 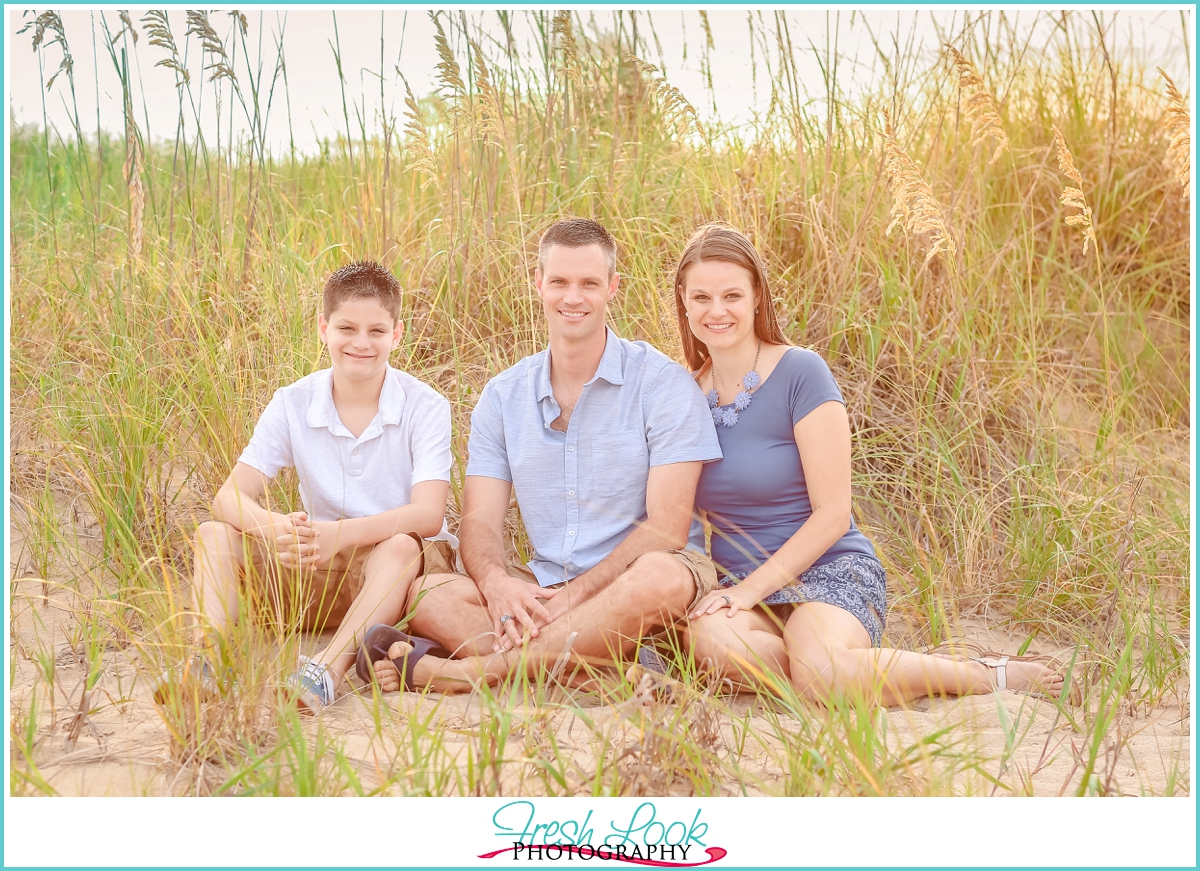 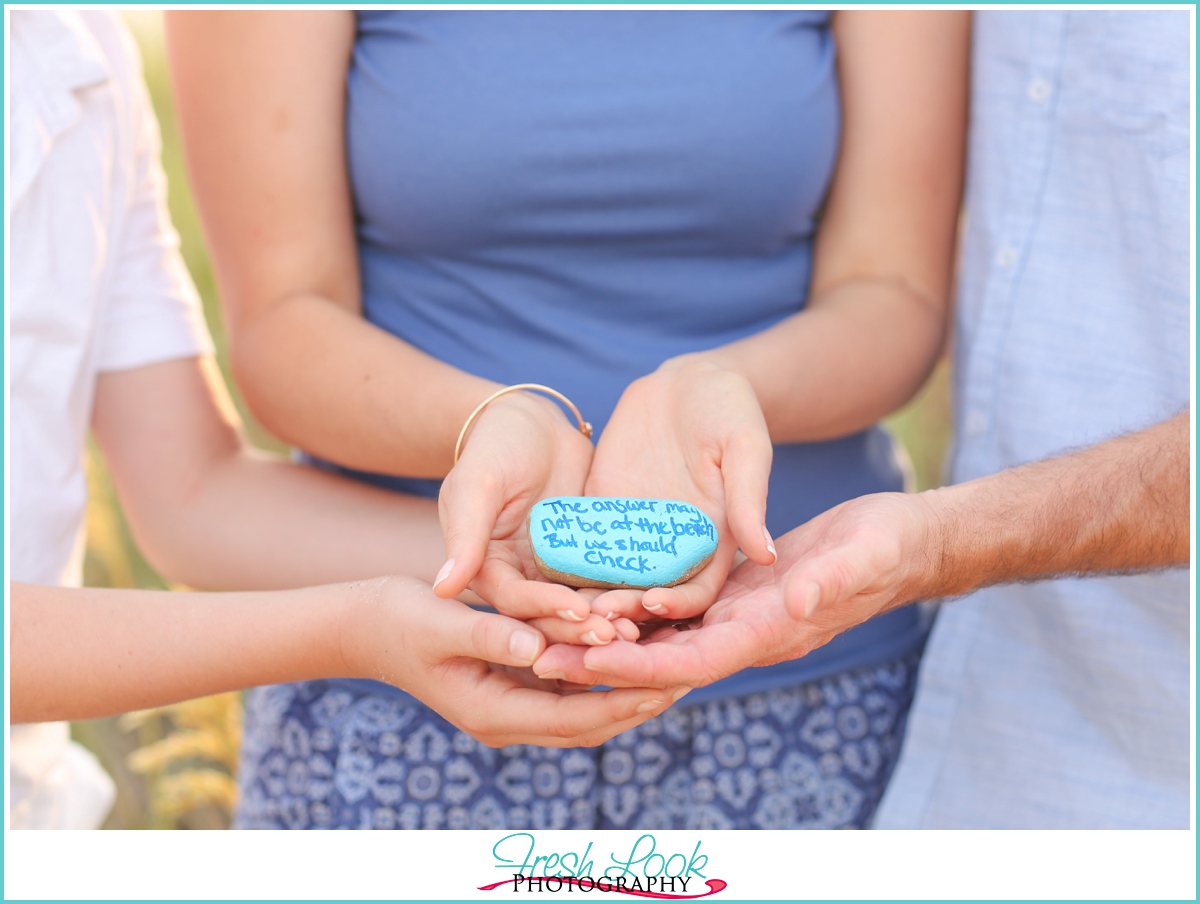 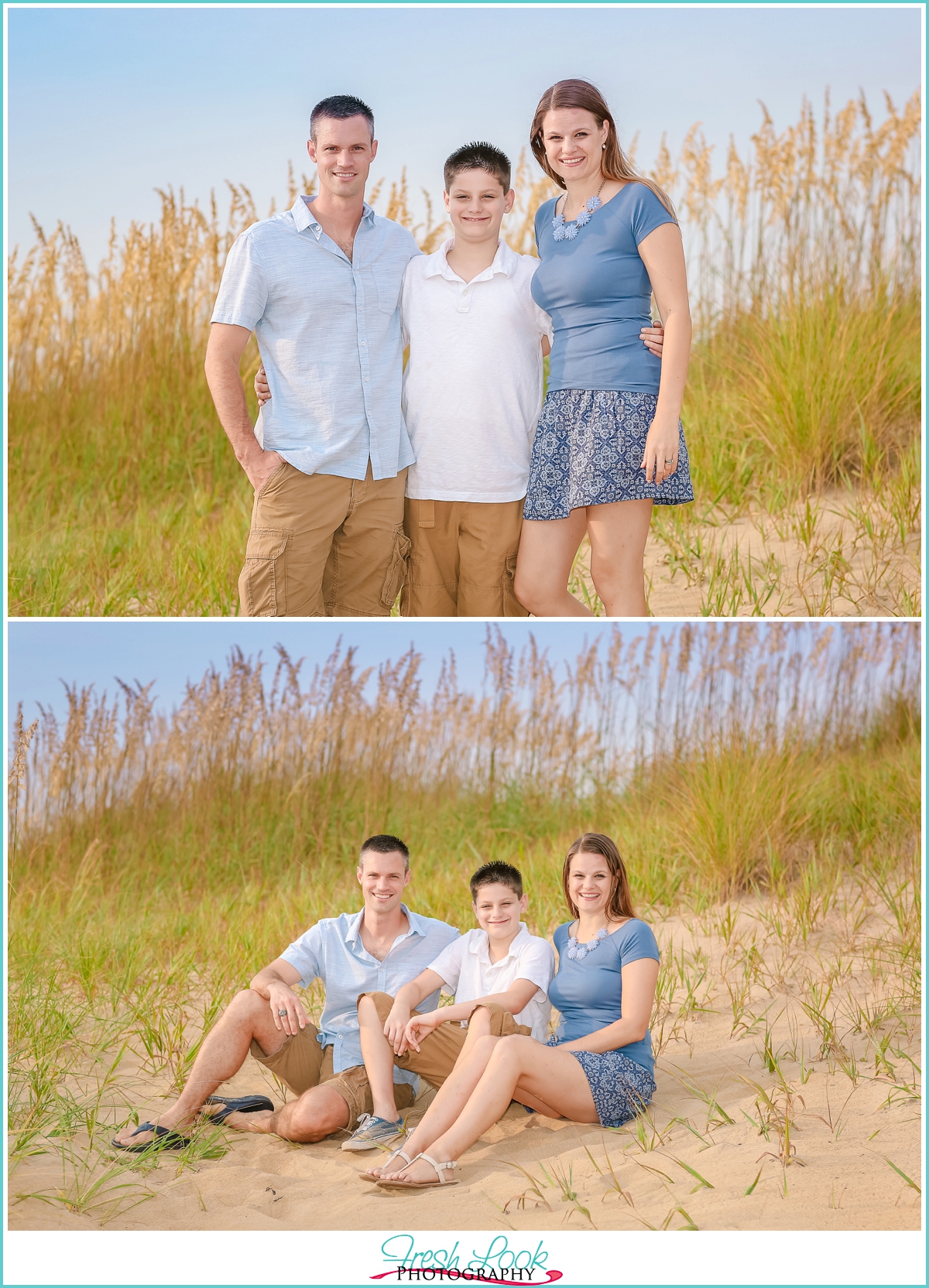 Our family is tightly knit and we enjoy each other’s company. So anything we are doing is enjoyable, as long as we are all together.
We are definitely beach lovers. We frequent Little Creek and Dam Neck beaches to avoid the crowds. We are often volunteering, with 4-H, command associations, or activities to assist in bettering the community. Jason and I lead the 4-H Forager’s Beekeeping Club. Mason is the president of two 4-h clubs, and I am a leader of the USS Wasp FRG. Jason is an active member of Tidewater Beekeepers Association and actively educates the community about bees and beekeeping.
We love our family to include our 3 pups and thousands of bees. Mason has a business: Masons Healing Honey Bees, so we can often be found working the business. He gets in the hives, extracts honey, makes deliveries, and mans a booth to sell honey products. Mason was featured on the news for his business at this years Strawberry Festival. Jason was featured in the Flagship this year for removing a bee colony from a local church. We document all our activities and in my free time (haha!), I scrapbook our lives. Jason has a Harley (Cherry) that we enjoy riding. Our extended family is all military. Both sets of parents are retired Air Force, Jason’s sister was in the Air Force, and both of my brothers are in the Army. Our travels are to visit them when possible.
With Jason and Mason, funny stories are a daily occurrence. But something that comes to mind that was unusual:
In January Jason was lucky to have 4 day weekend unexpectedly, and we were trying to decide what to do on that Sunday. Jason scrolled through Facebook and saw a Chow available at the Vb animal control. I was insistent that we were not going to see him, knowing I’d fall in love. I’ve loved Chows since I was a little girl. Jason wasn’t so sure, until we adopted Titan (cream Chow) from the animal control 2 years prior.
Mason mentioned bowling so we piled in the car and I assumed we were going to the Oceana bowling center.
Nope!
We went to the animal control and he stated that the little guy needed someone to play with. We got there at 3:02 and some volunteers were leaving. They informed us that they closed at 3 and would be open the next day, even though it was a holiday, at 11. I wiped my brow thinking we dodged a bullet. We went bowling.
The next morning, we tackled our house duties, had lunch and Jason asked if I was ready to go. Of course, I was confused. He was ready to head to the animal control! I told him I’d adopt him if we went. He was fine with that. The problem was he had orders to Japan for a year, but was trying to get them changed, so we could join him. How was I going to take 3 dogs to Japan? He said, “there a reason for everything and God will work it out”. So we went.
We found Dino, the red Chow. We were told no kids and no men were to be present with him. We explained that we’d adopted a Chow from them a few years before, so they let us visit with him. I sat on the floor, the lady brought him in the room and hurriedly rushed out. He sniffed each of us and rubbed his head all over my lap and curled up. He picked me. In order to adopt, he needed to meet our other dogs and his fee was only $32. I left to go pick up the other 2 dogs from the house. Jason and Mason stayed with him. He rubbed on them and even let Jason brush the matting out of this fur, which he wouldn’t let anyone else touch. He got to met our two dogs, Sadie and Titan. They walked around the facility like they had been pals forever. Of course, we adopted him that day and he’s been part of the family since. We renamed him Toby, which means God is Good.
. 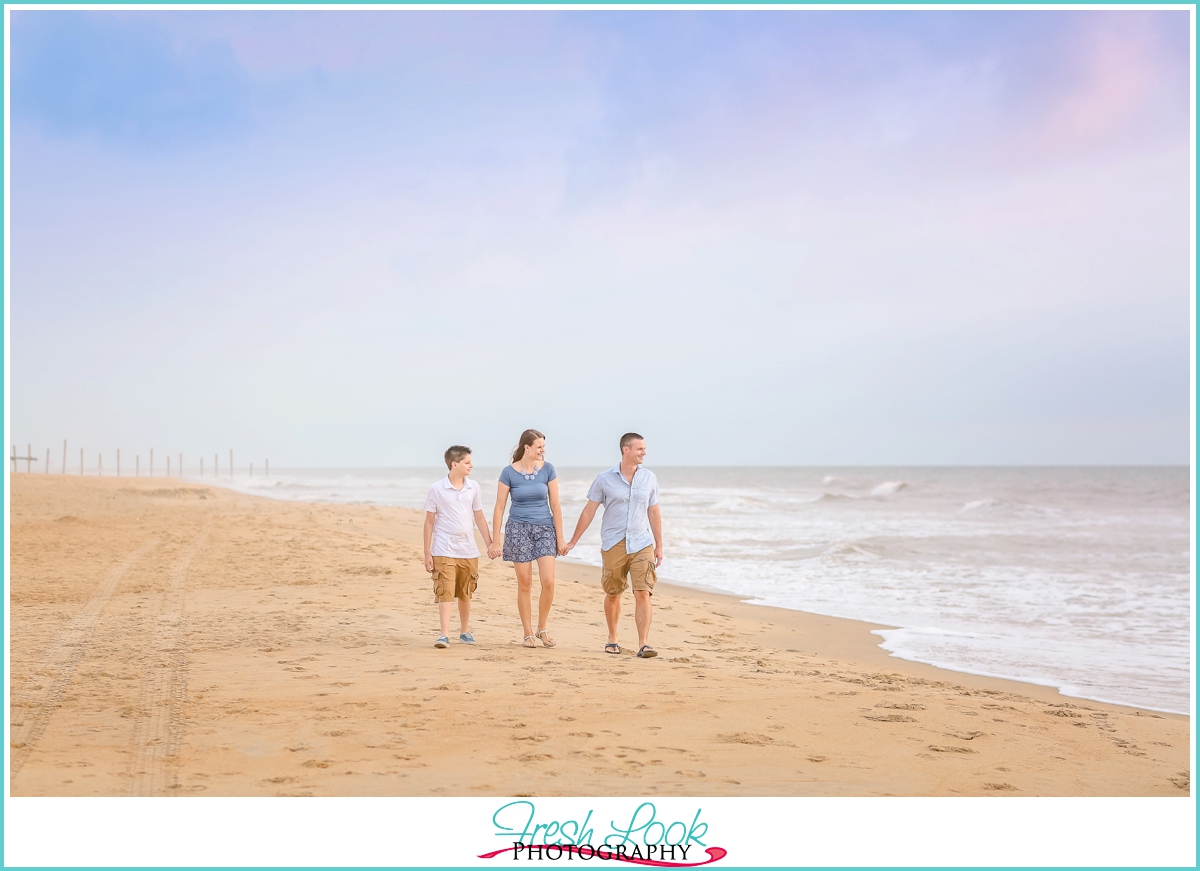 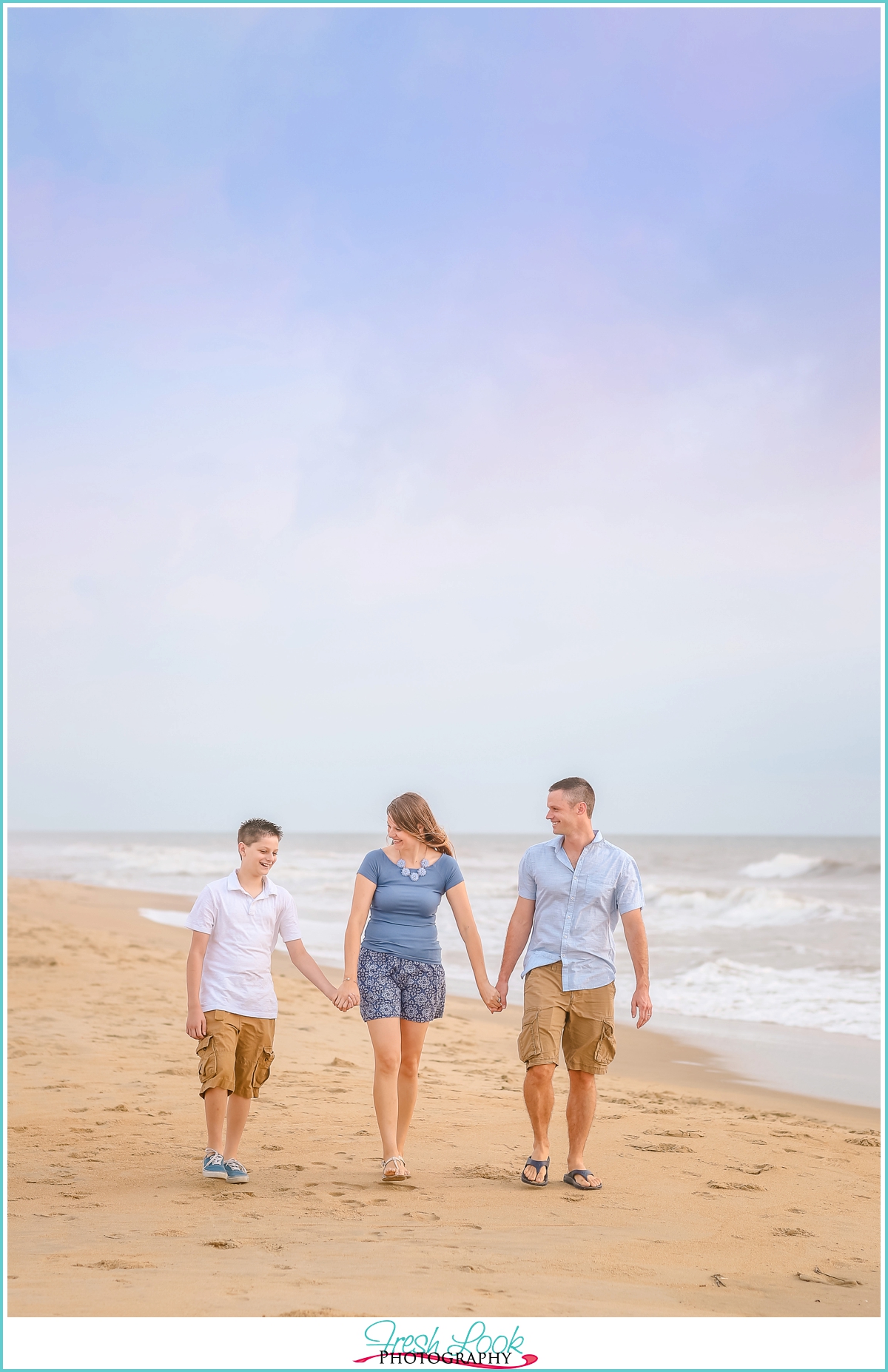 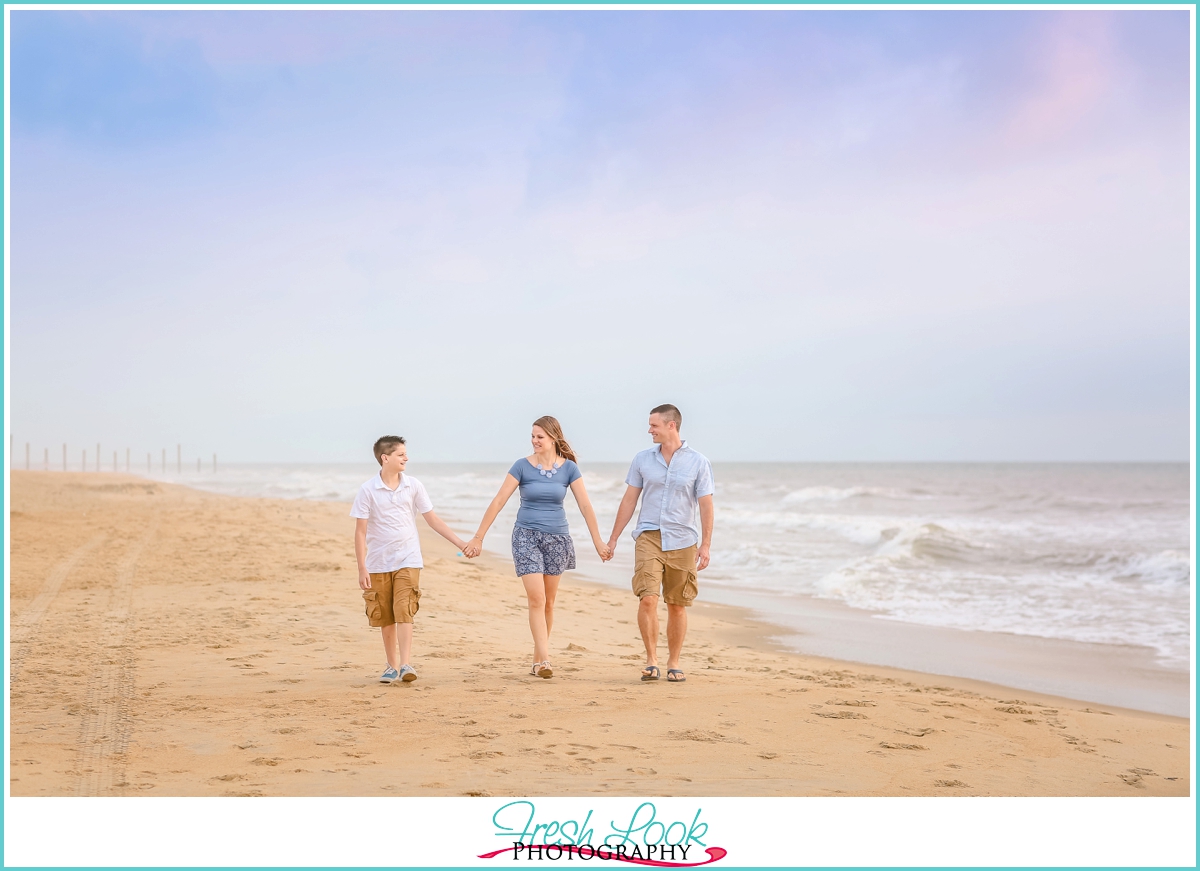 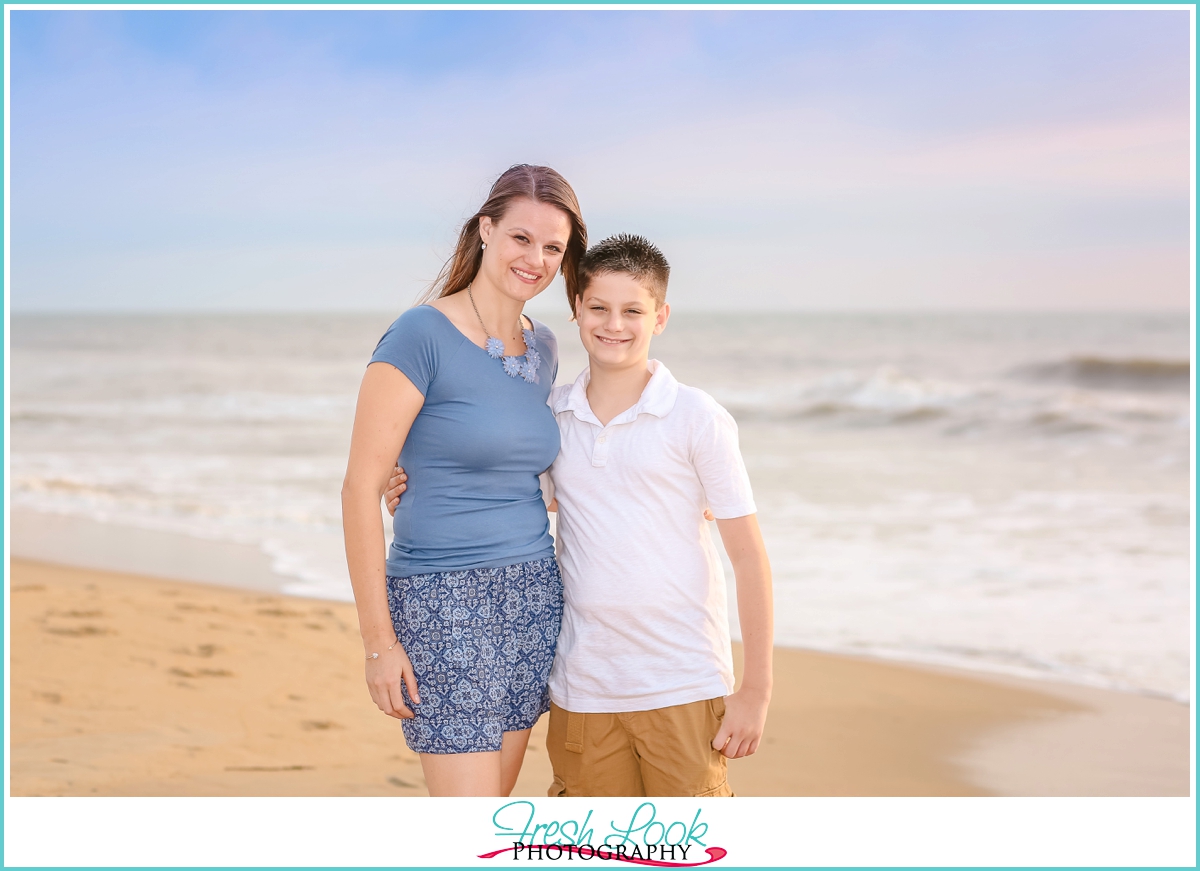 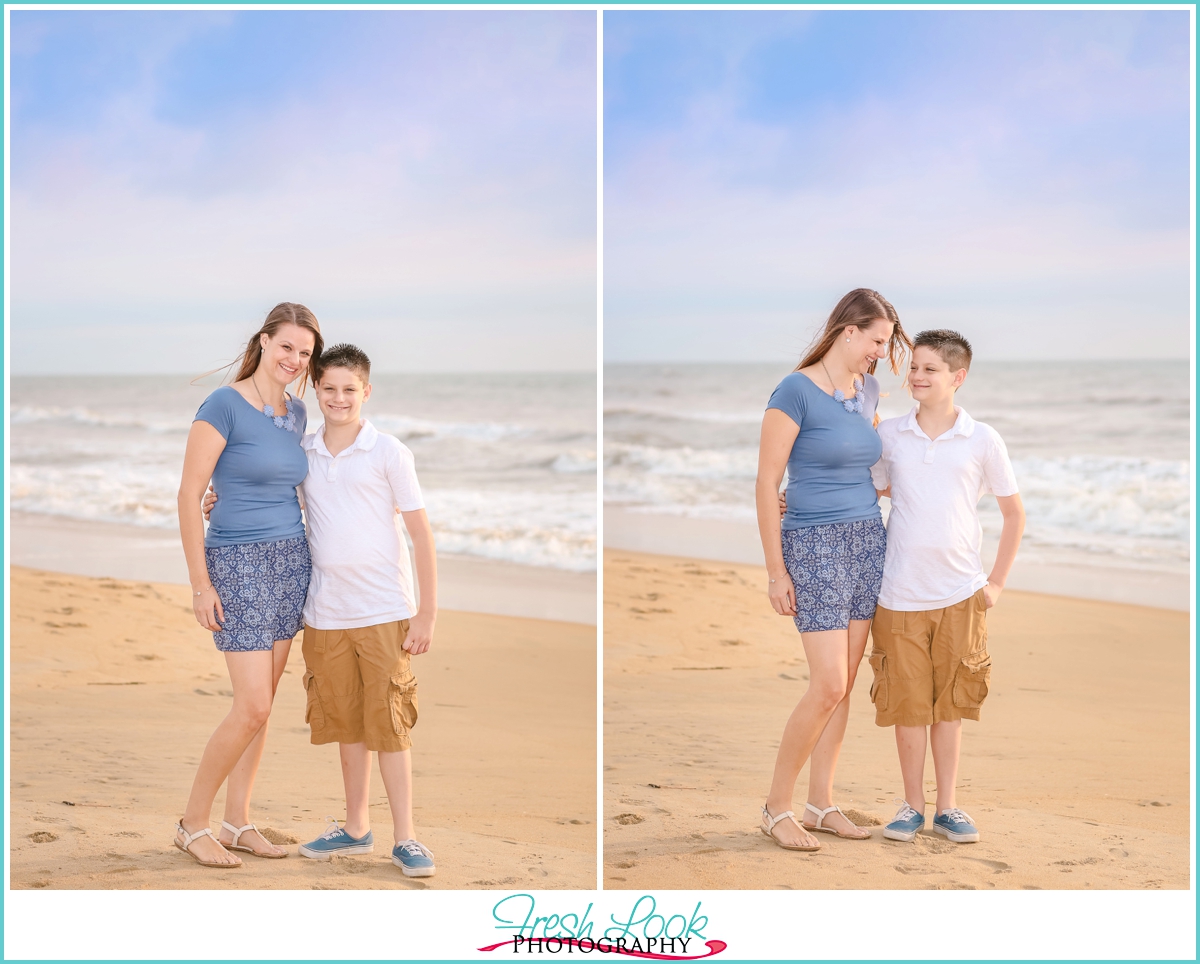 If you’ve finished looking at this early morning beach OpLove session and are thinking to yourself – I wanna do that too! Awesome!!!

We would LOVE to create a custom photo session for you and the ones you love!

We can’t wait to create some magic for you!