Fall is one of my favorite seasons. And after you see this fun loving fall engagement session, I’m sure you’ll agree! Jenna and Josh were a complete riot during the session. Even though I had to remind Josh about creepy fingers more than a few times, we all came away with a smile. And the images we were able to create for their engagement session were absolutely amazing! 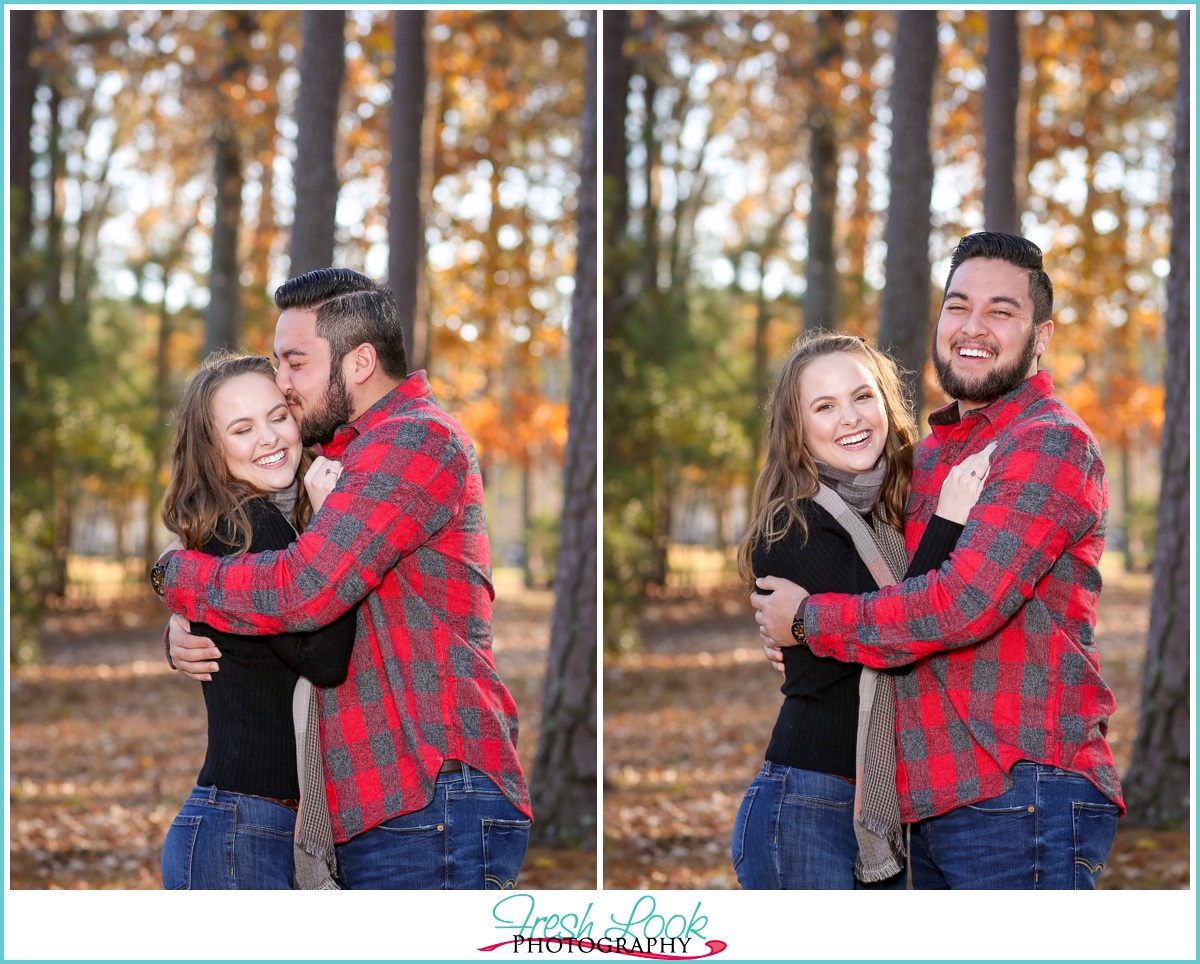 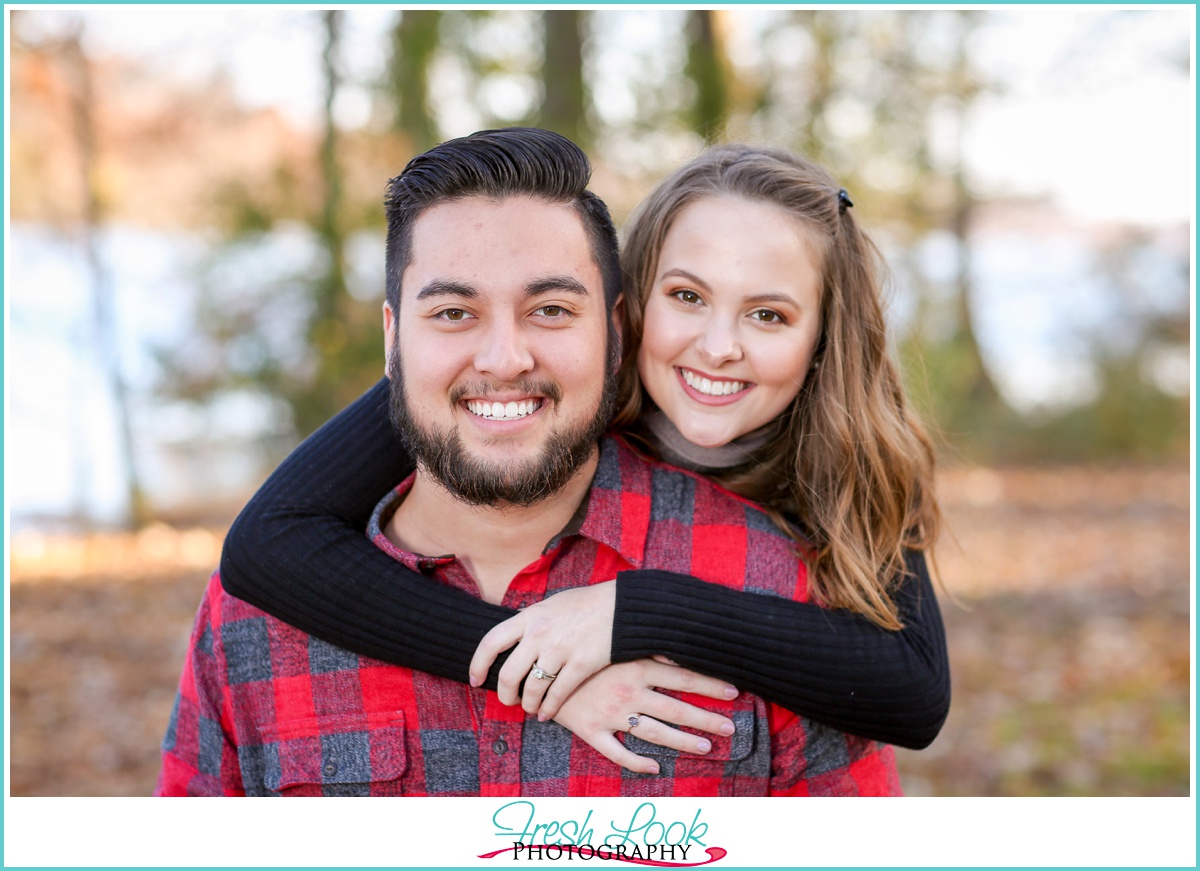 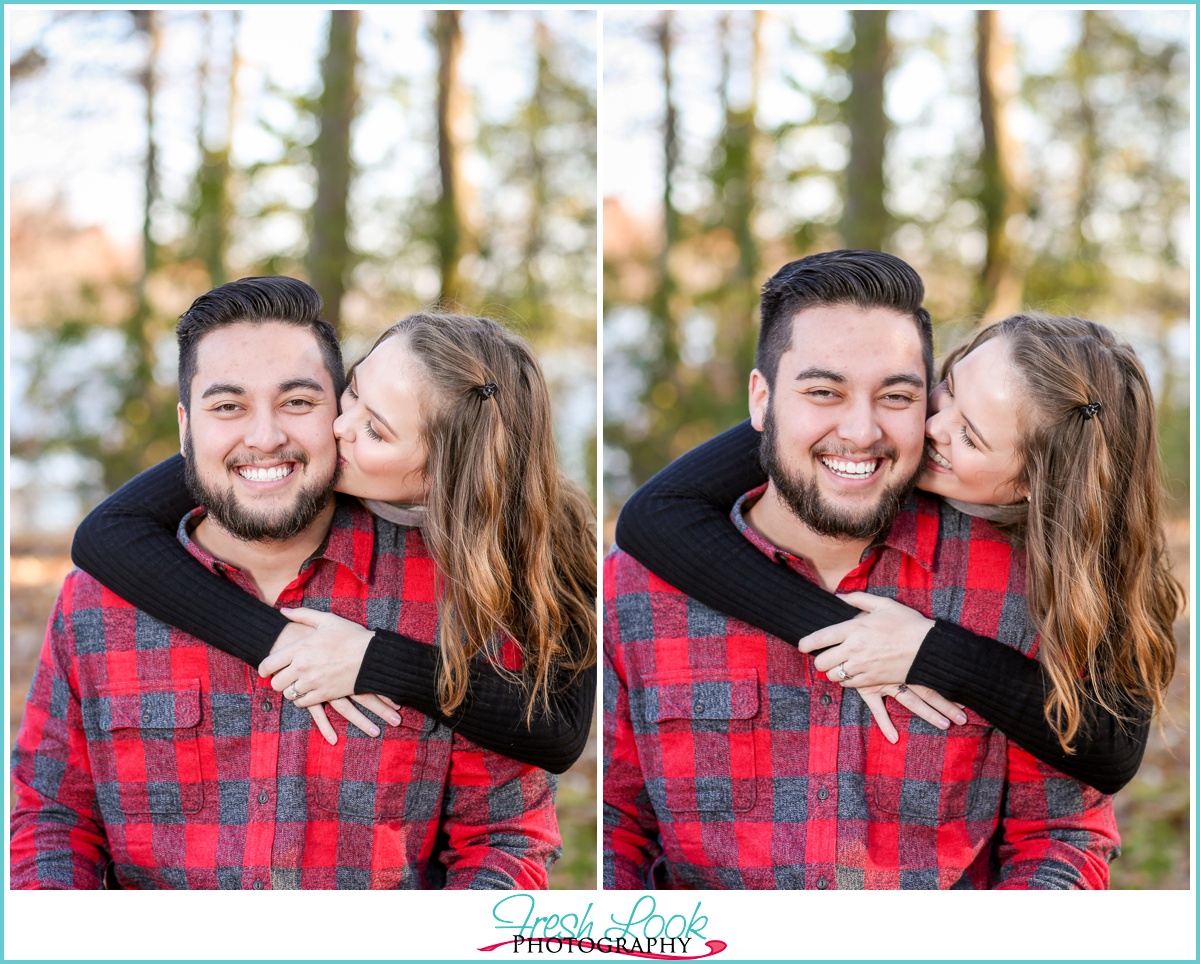 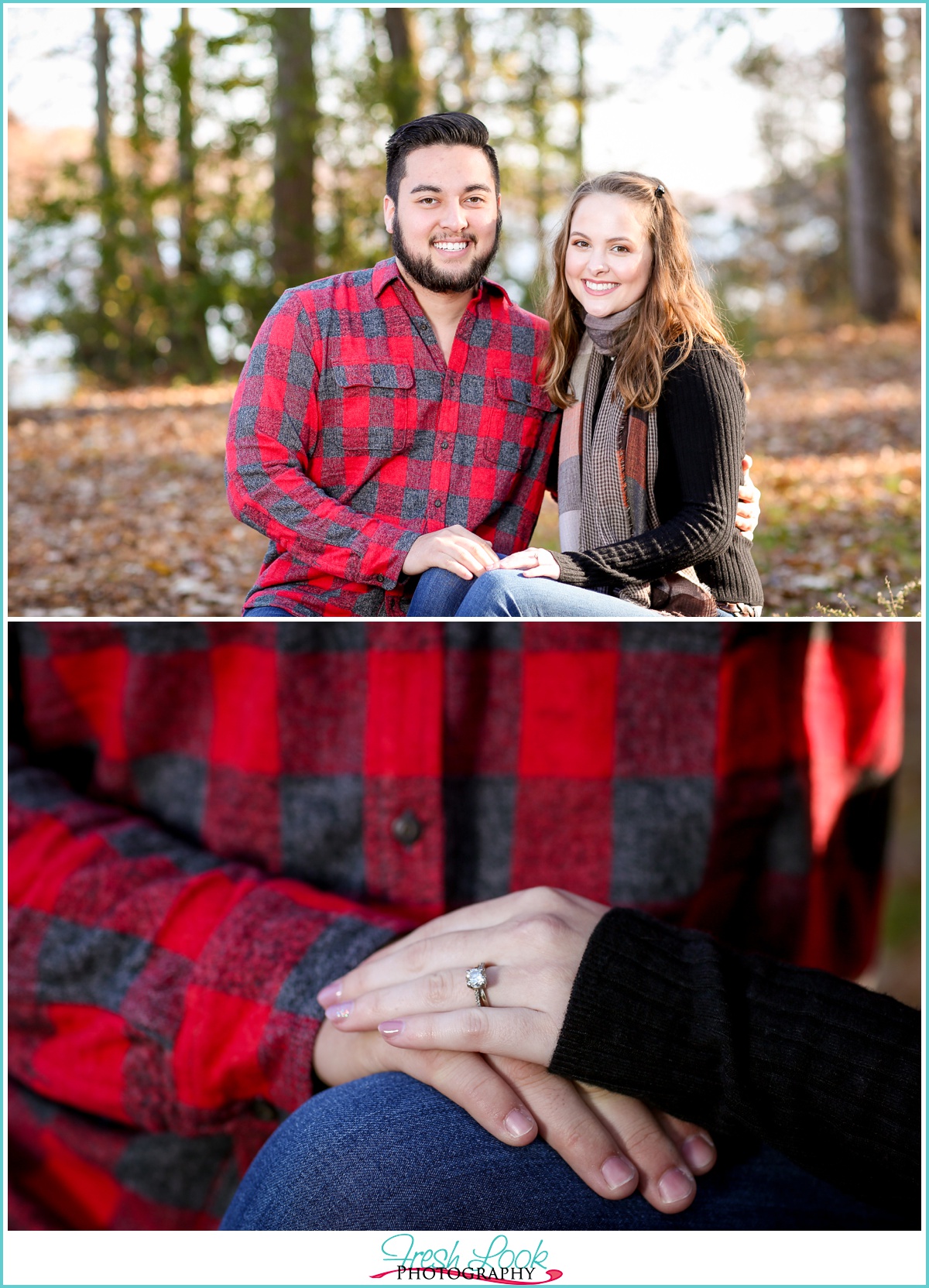 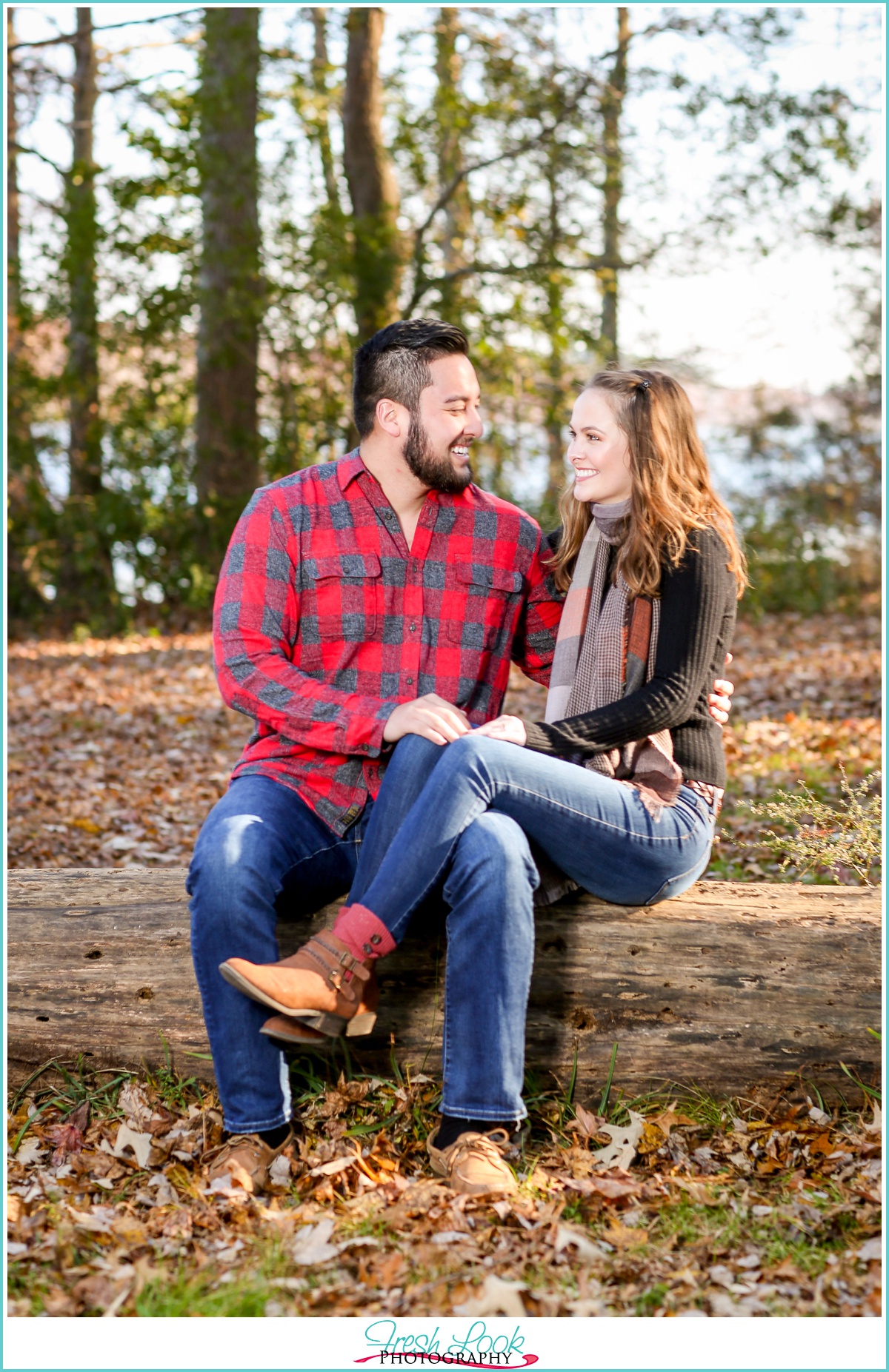 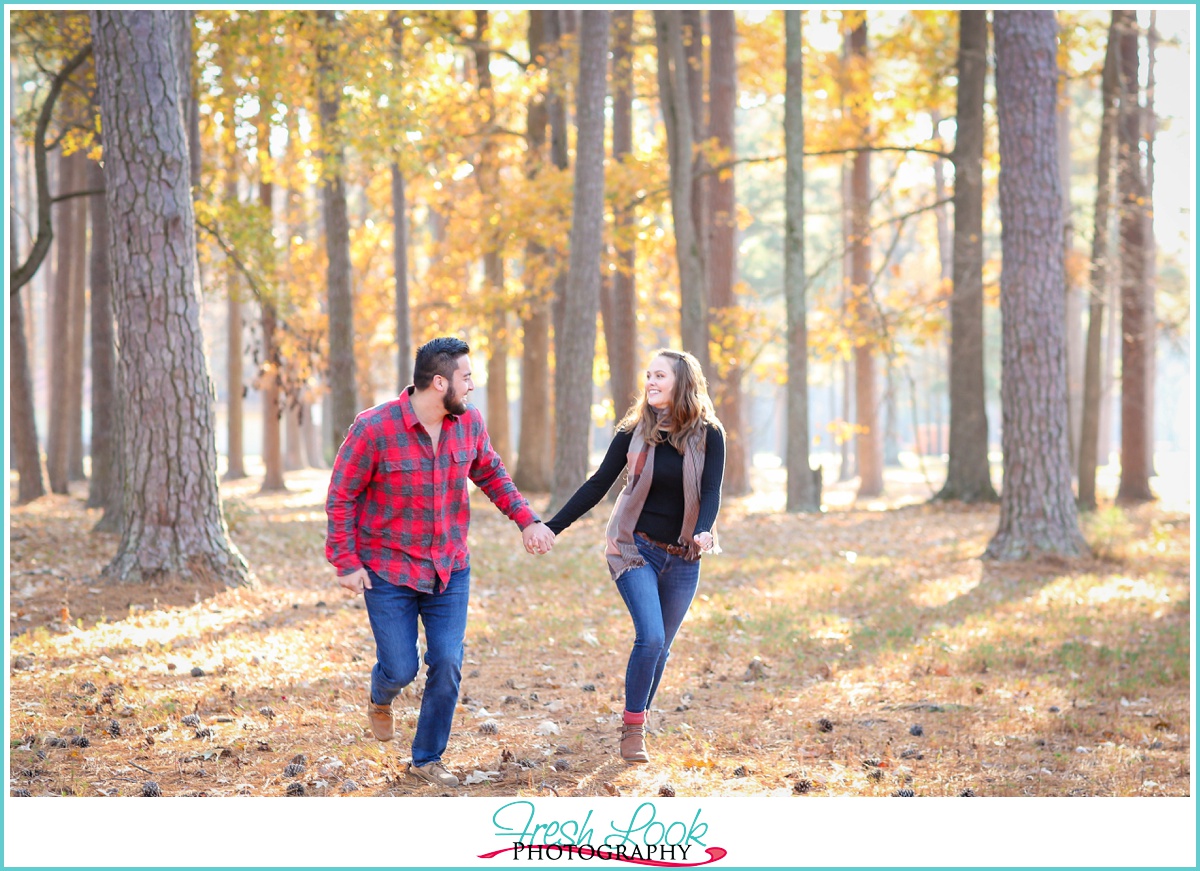 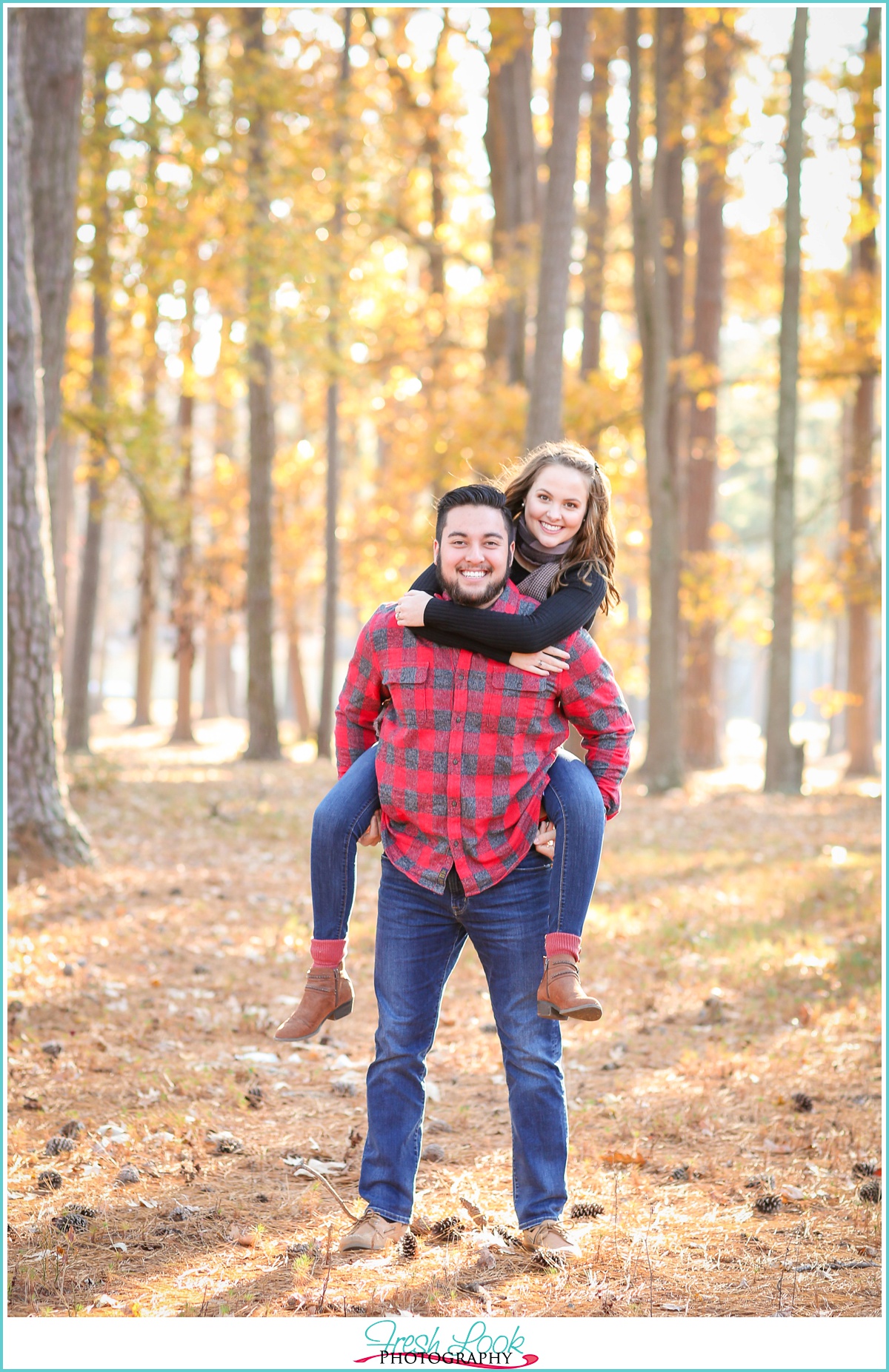 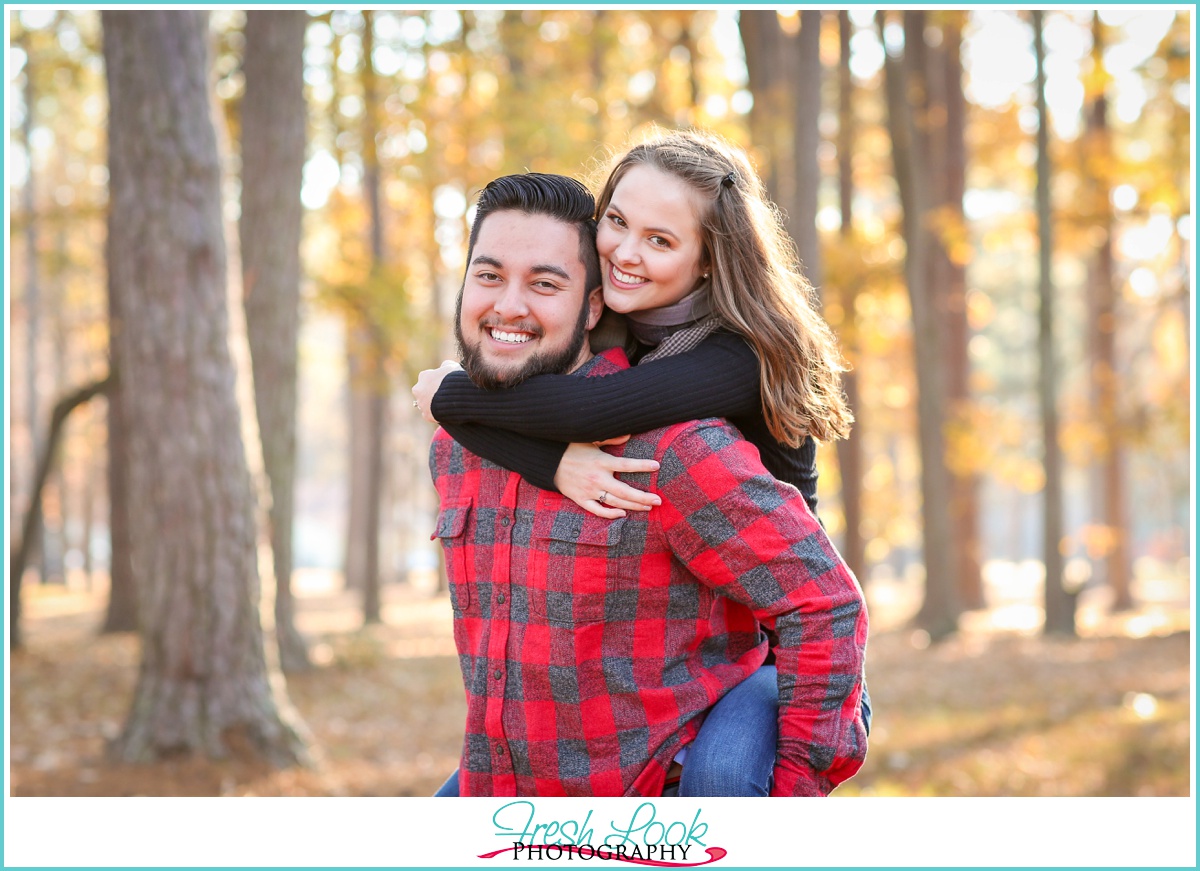 How you two meet?

Josh and I met freshman year of high school. We actually had a keyboarding class together, and he got in so much trouble talking with his friends that the teacher moved me (the quiet one) beside him hoping it would make him less talkative. As you can guess, that definitely did not happen and we started dating that year, and then continued to date all throughout high school and college.

When did you know he was the one?

I always tried putting off thinking he was the one because everyone tells you high school relationships don’t last, so I didn’t want to get hurt with unrealistic ideas. But when we reached junior year of high school and started planning what we would do after it all kind of just hit me. I could look at him and know that he was the man I wanted to spend the rest of my life with. He was the only person I ever dated, but I wasn’t interested in any one else and knew I never would be. It was around then that I decided it didn’t matter if people said high school sweethearts never make it, if we wanted it to happen then it would.

The proposal was absolutely perfect. It is very hard to surprise me because I pick up on everything, but he actually managed to catch me off guard with the proposal. I knew he was going to do it soon because we had been together so long, but all our friends and family kept bugging him about it and he’s so stubborn that he decided he wasn’t going to do it unless I had no idea. It was September 30th, and we attended a fall festival in Smithfield. Anyone who knows me knows I love fall and any kind of decorations, so I was over the moon. Afterwards, he said he wanted to go take a walk in Windsor Castle Park, and at first I complained because we had been walking all morning so why did he want to go for another walk? But he seemed to really want too so I went along with it, and it wasn’t until we got there that I started wondering, hey, what if he’s going to propose now? I thought it was a long-shot but we actually walked down onto the dock and he got on one knee, and I was so excited and jumping that I almost knocked the ring out of his hand! I waited six years so I couldn’t contain myself!

What are some of your favorite things to do together?

Our favorite things to do would have to be cooking and baking together, decorating for the holidays, and we absolutely love to travel. We love to go to new places and find new restaurants to try, because food has to be one of our greatest loves haha

If you had to pick a word for your relationship, what would it be?

If we had to choose one word to describe our relationship it would be fairytale. We both don’t know how we got so lucky to find our soulmates so early on, and I honestly know how those princesses feel when they would sacrifice anything for their love because nothing is more important to me. When I watch those really sappy romantic movies, I truly believe we have found the closest thing attainable to that. Don’t get me wrong, we’ve had our share of problems, but most of the time we feel like we’re living inside of a fairytale.

What are three dreams/goals for your marriage?

Three dreams would be constant love and happiness, never losing our laughter, and always remaining best friends no matter what. 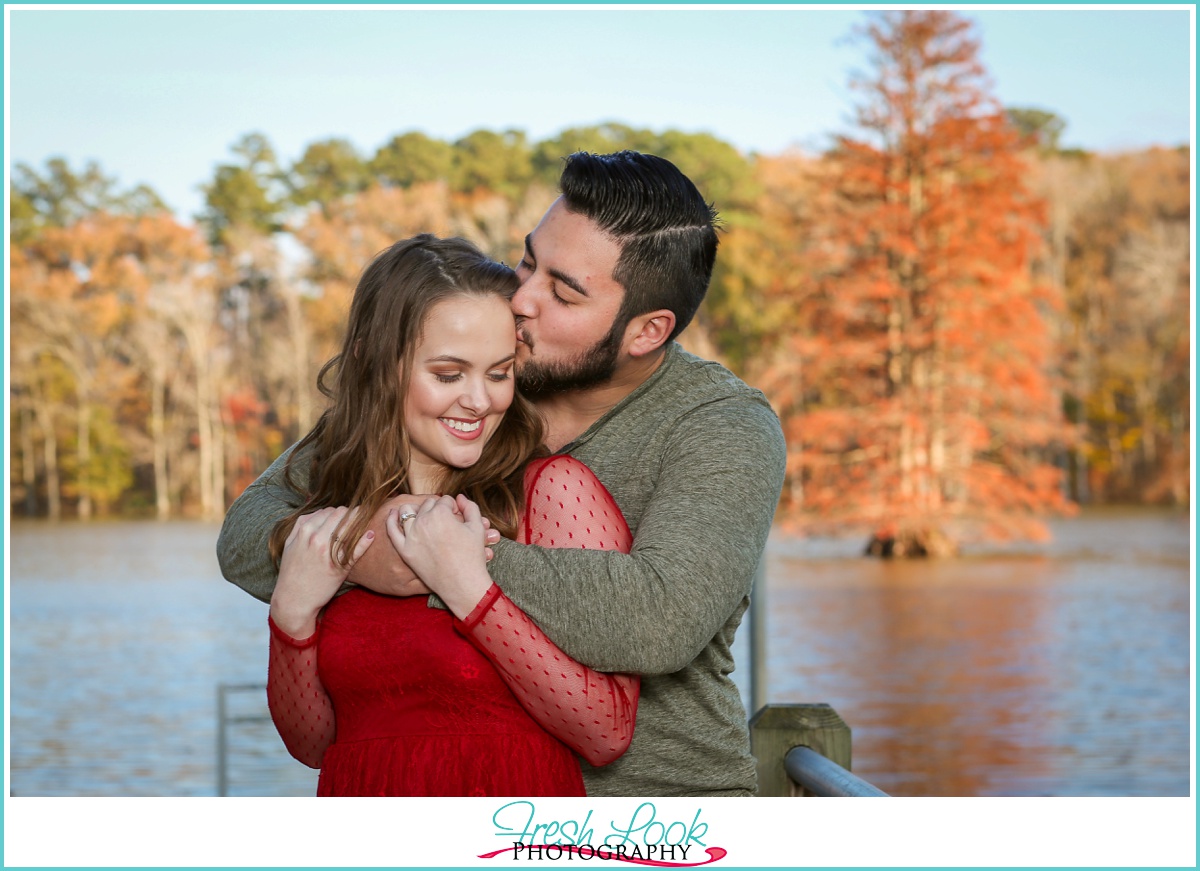 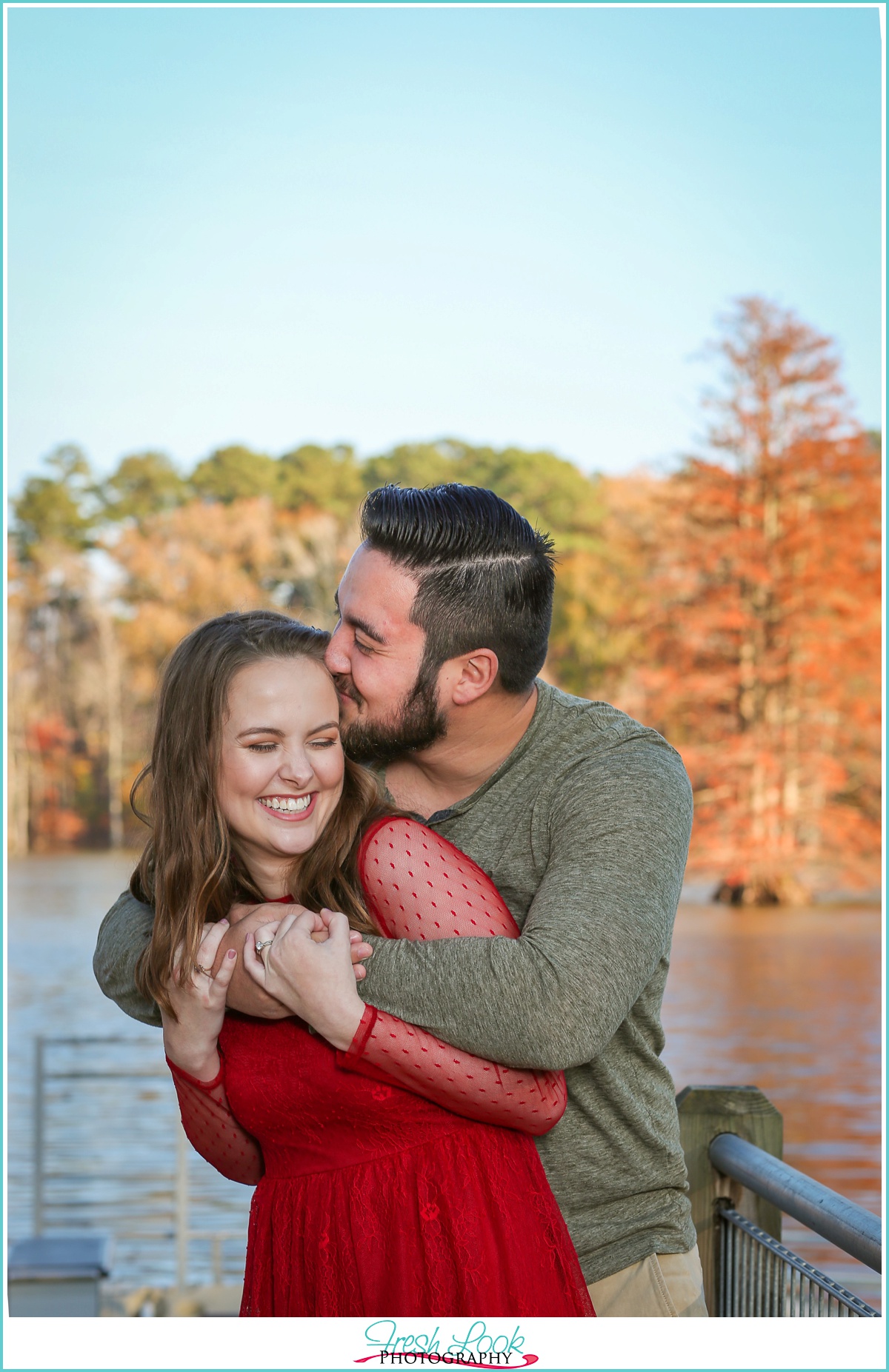 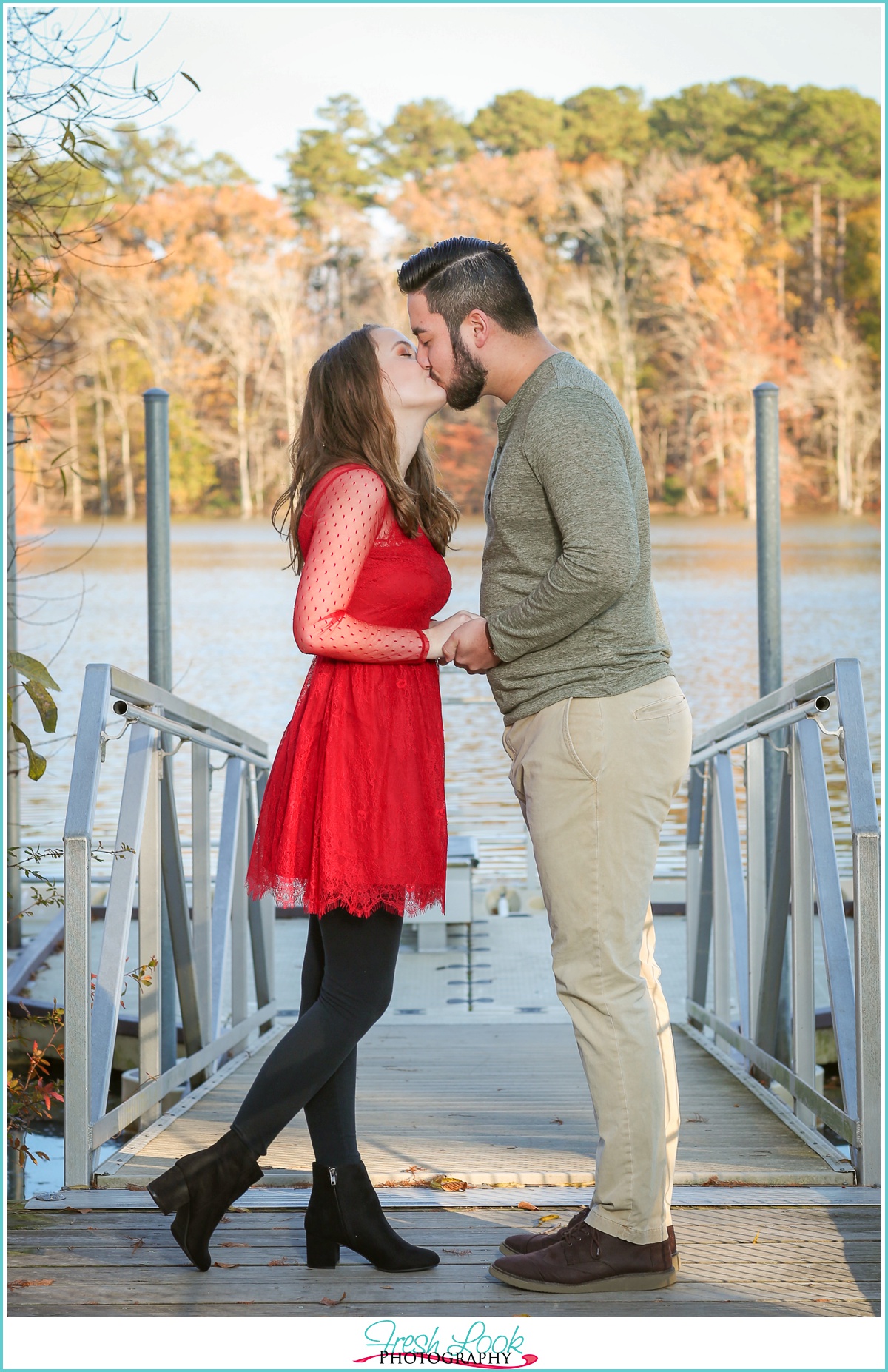 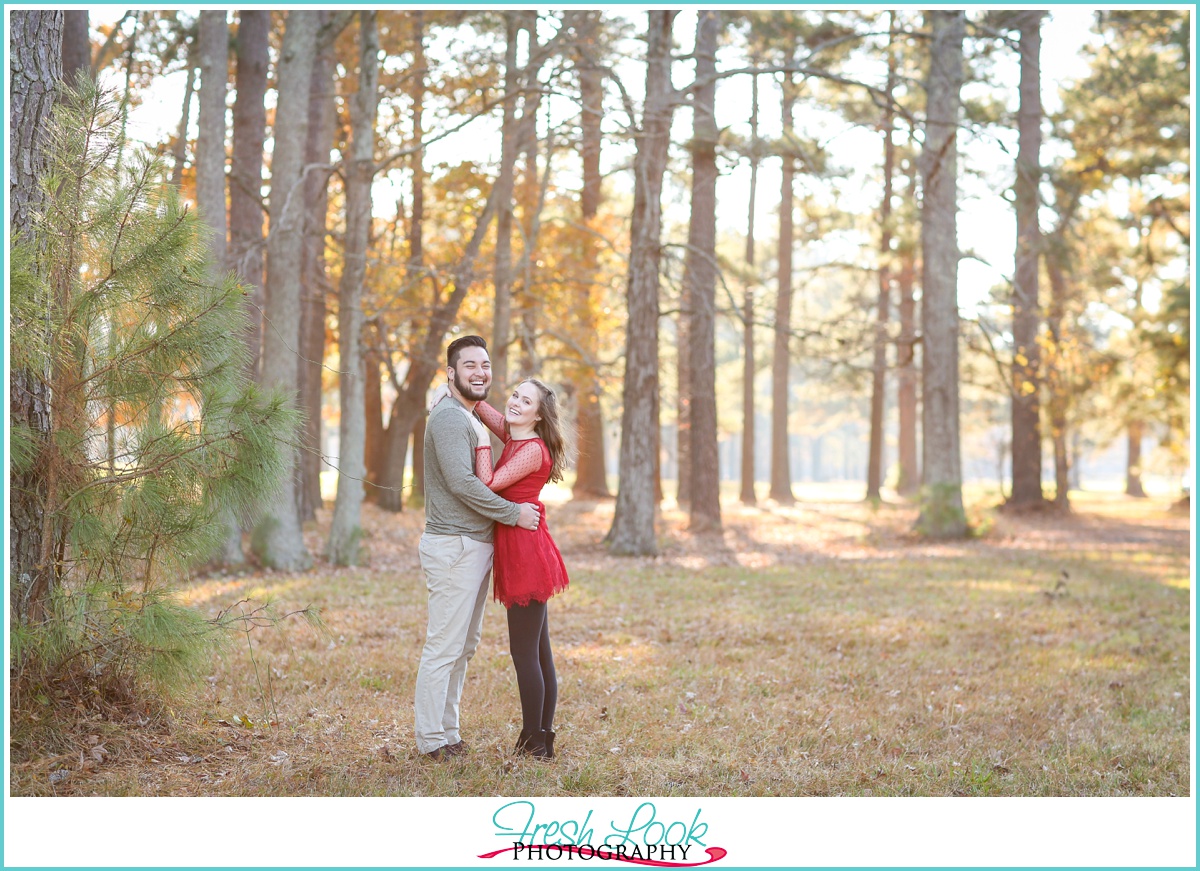 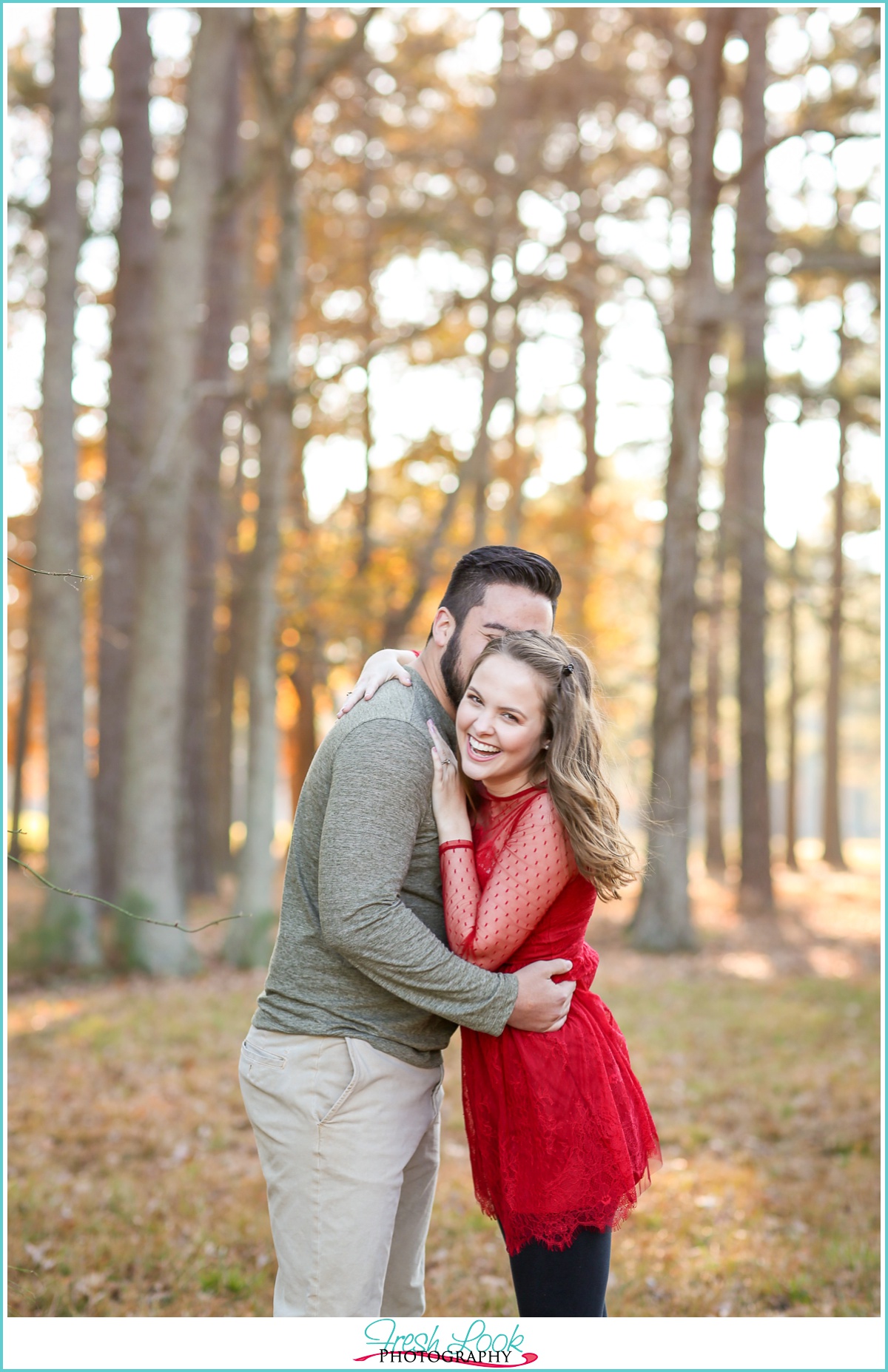 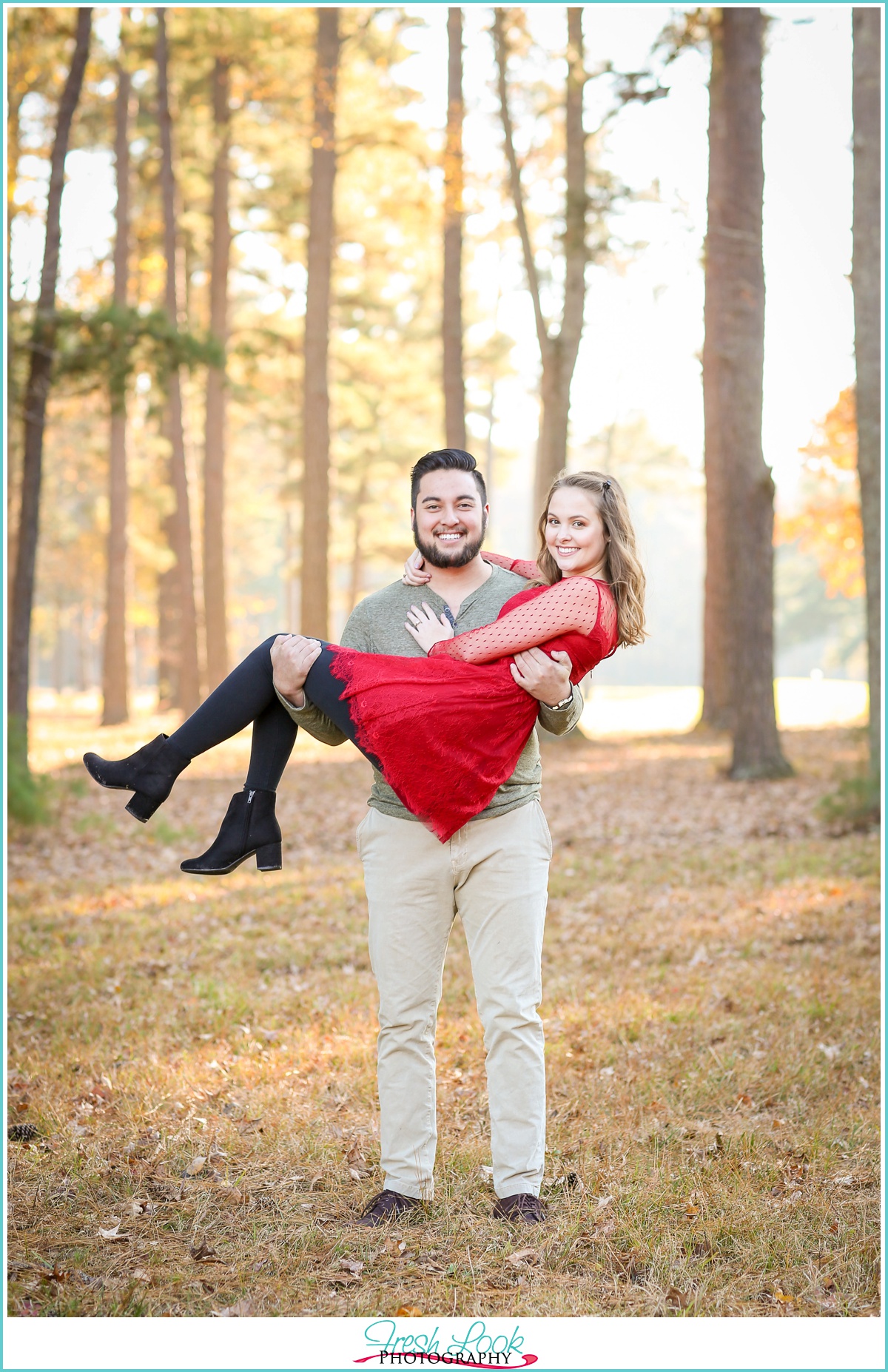 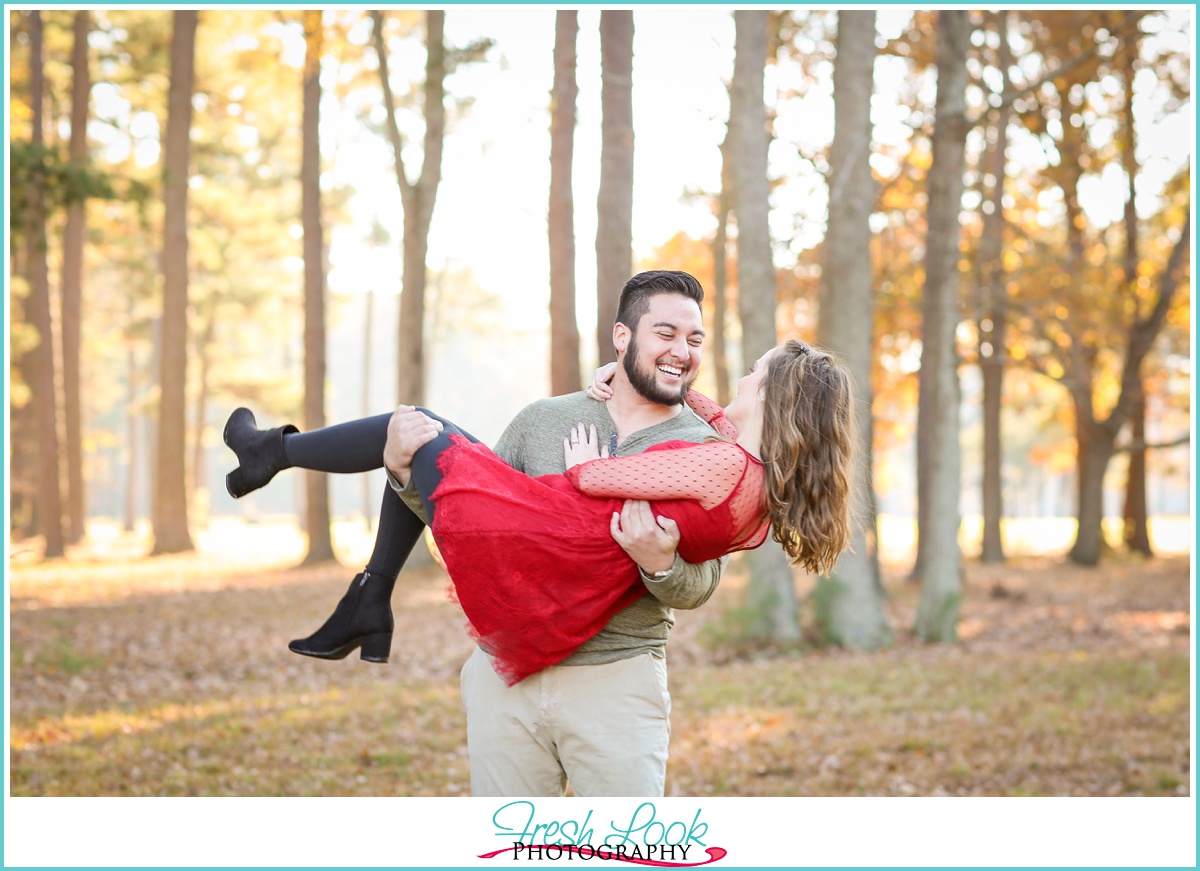 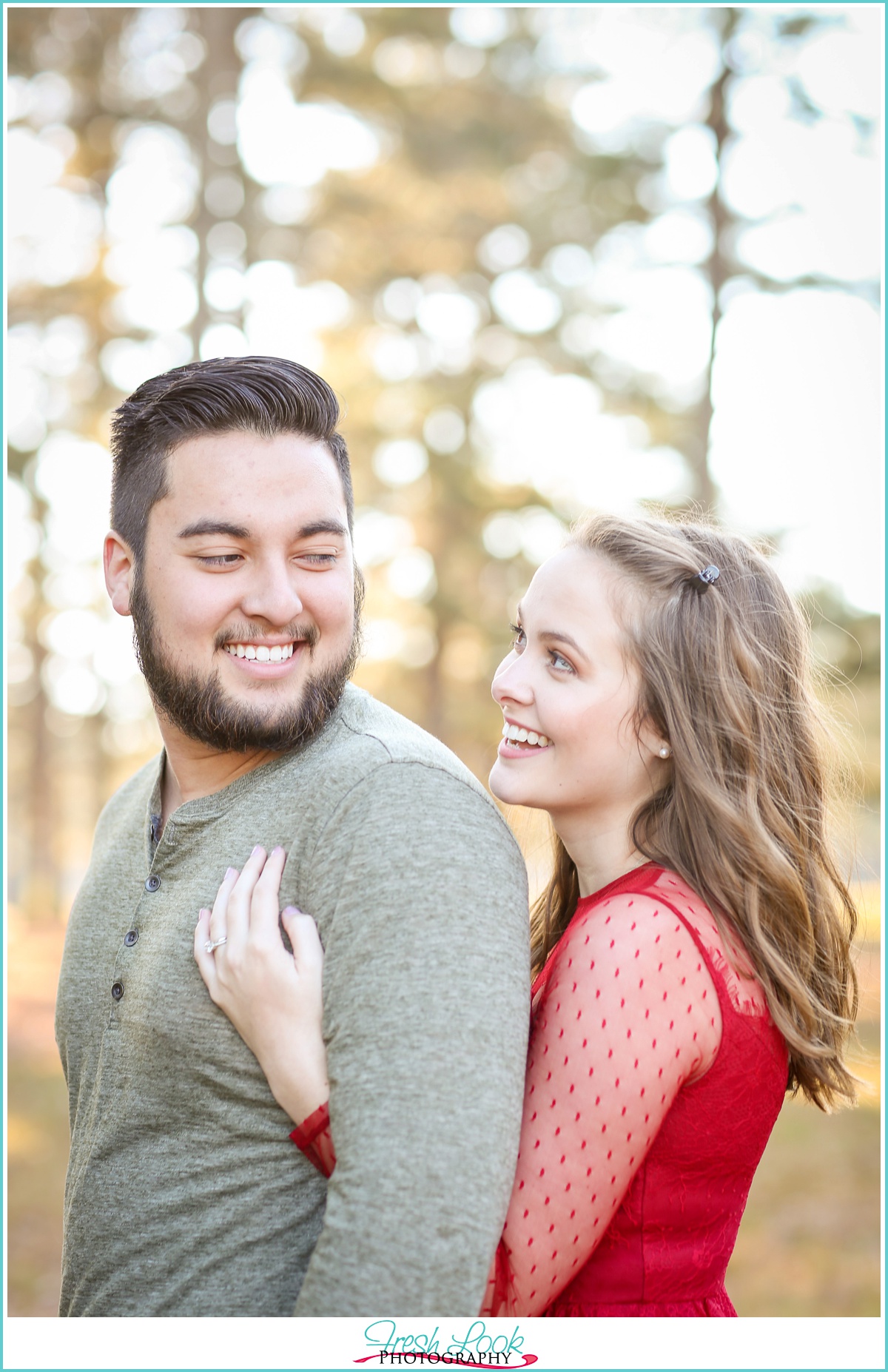 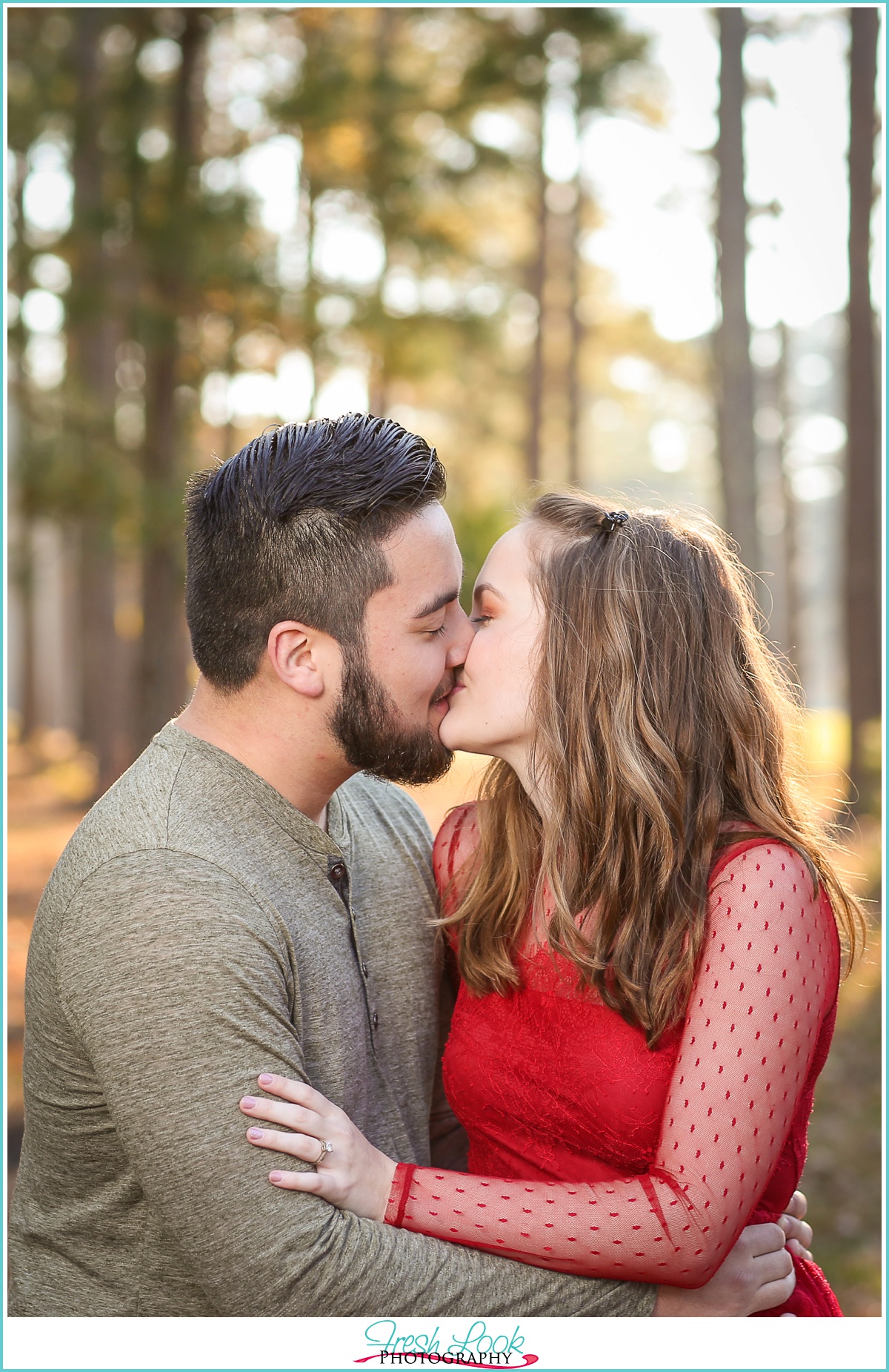 If you’ve finished looking at this fun loving fall engagement session and are thinking to yourself – I wanna do something like that! Awesome!!! We would LOVE to create a custom portrait session for you and the ones you love! Feel free to message me by hitting the { CONTACT ME } button or by giving me a call at 757-749-5350. I can’t wait to create some magic for you!