I am SUPER excited about today’s artsy Mermaid Winery engagement session because not only do I get to show off a super adorable couple, but we also got to explore the newly expanded winery space! If you haven’t been to Mermaid Winery to see their newly renovated tasting area, you have got to go. It is so pretty (as you’ll see!).

Corey and Tamara had such a great energy during the session! Tamara has the kind of spirit where you’d just want to be best girlfriends, and she definitely lights such a spark in Corey and brings the fun out in him! Get to know a little more about these two as they share about life, love, and when they actually met for the first time! 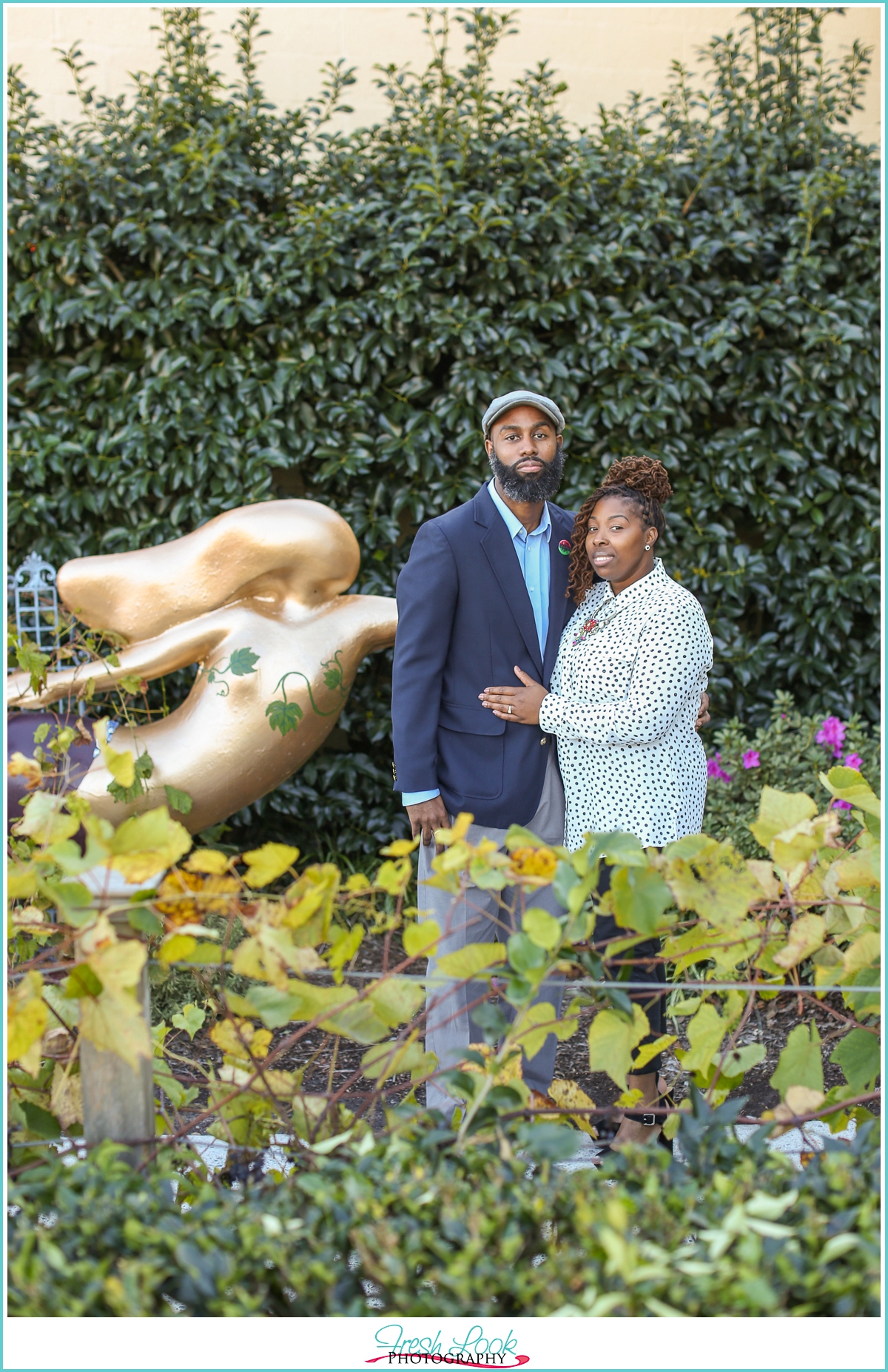 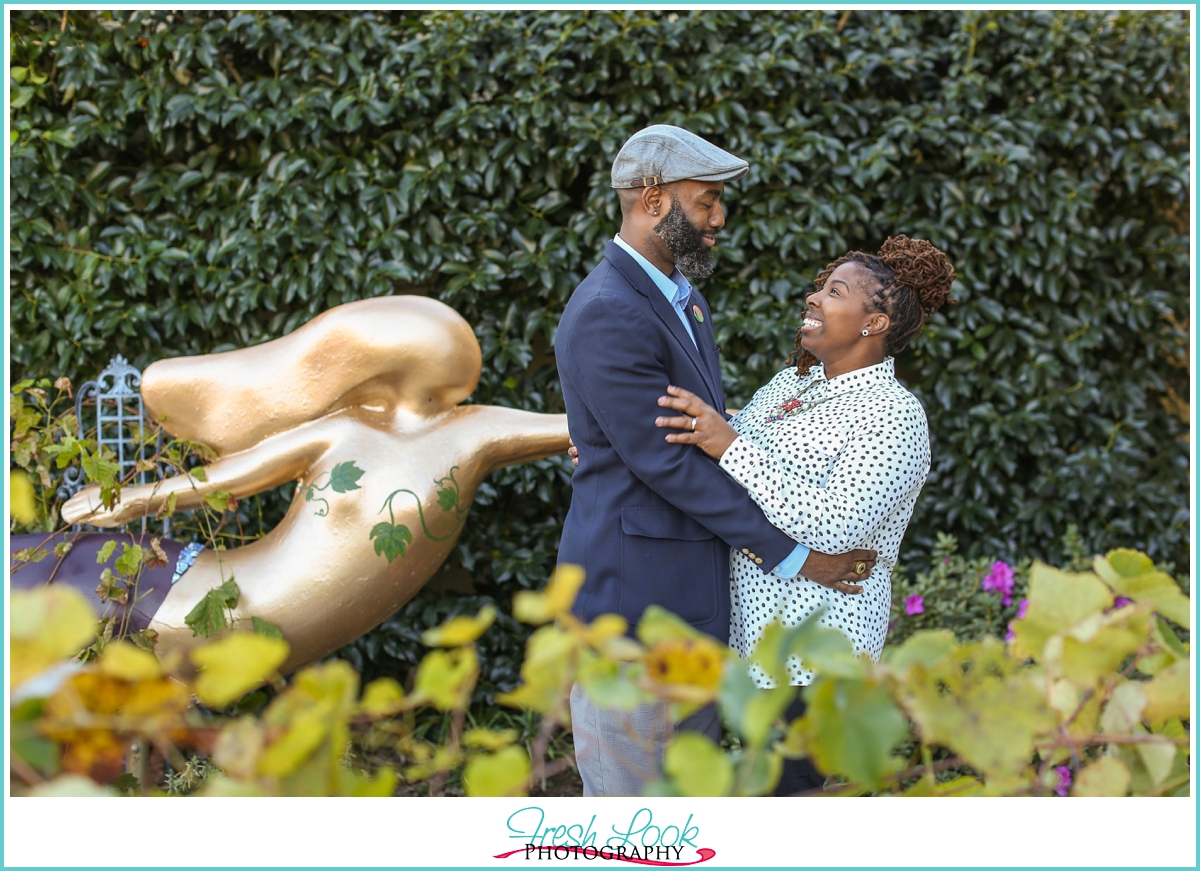 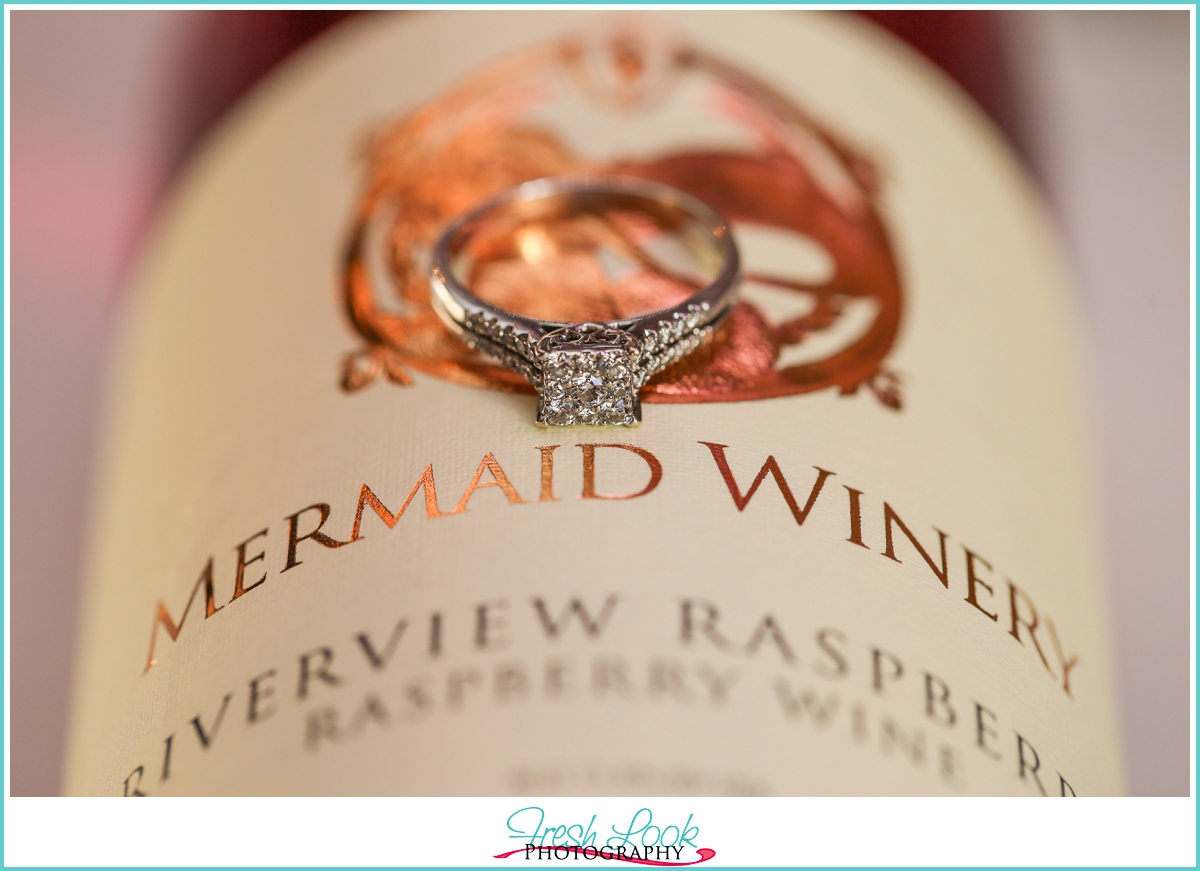 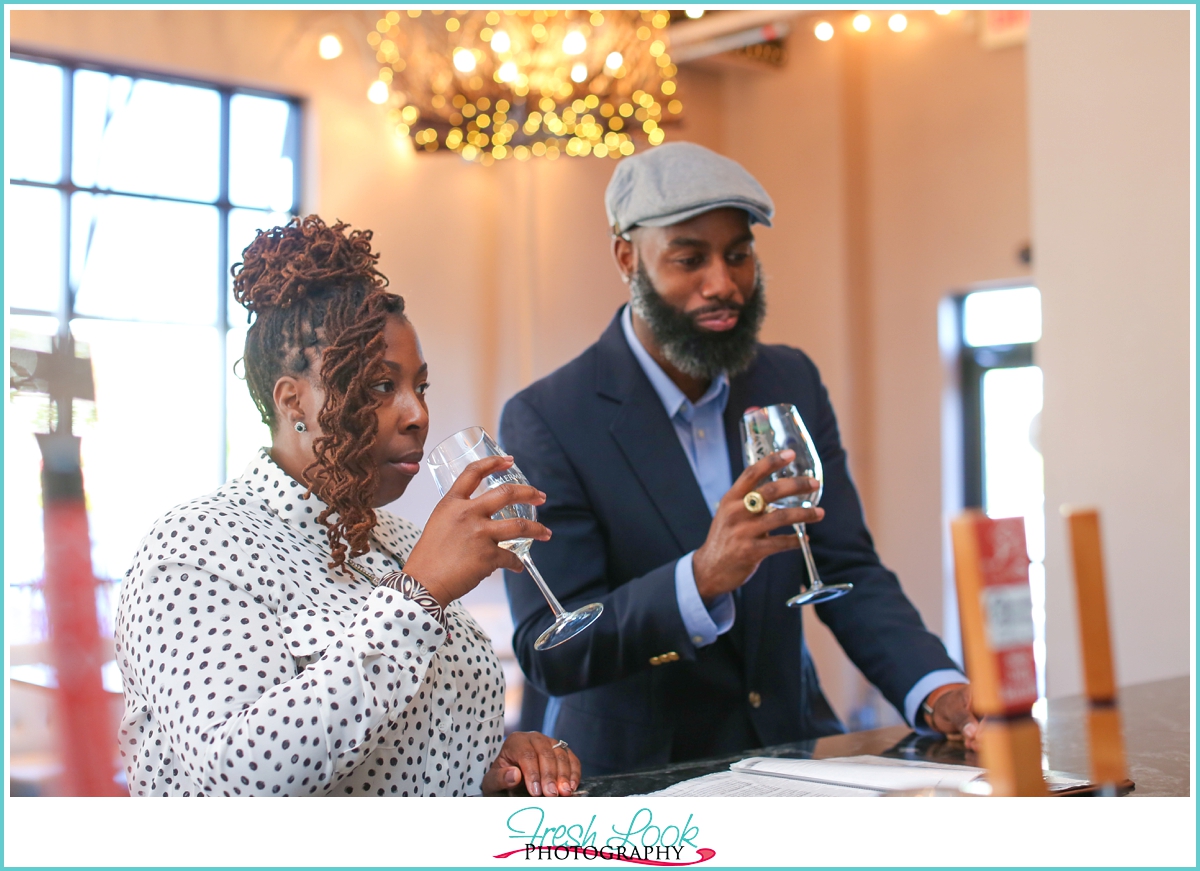 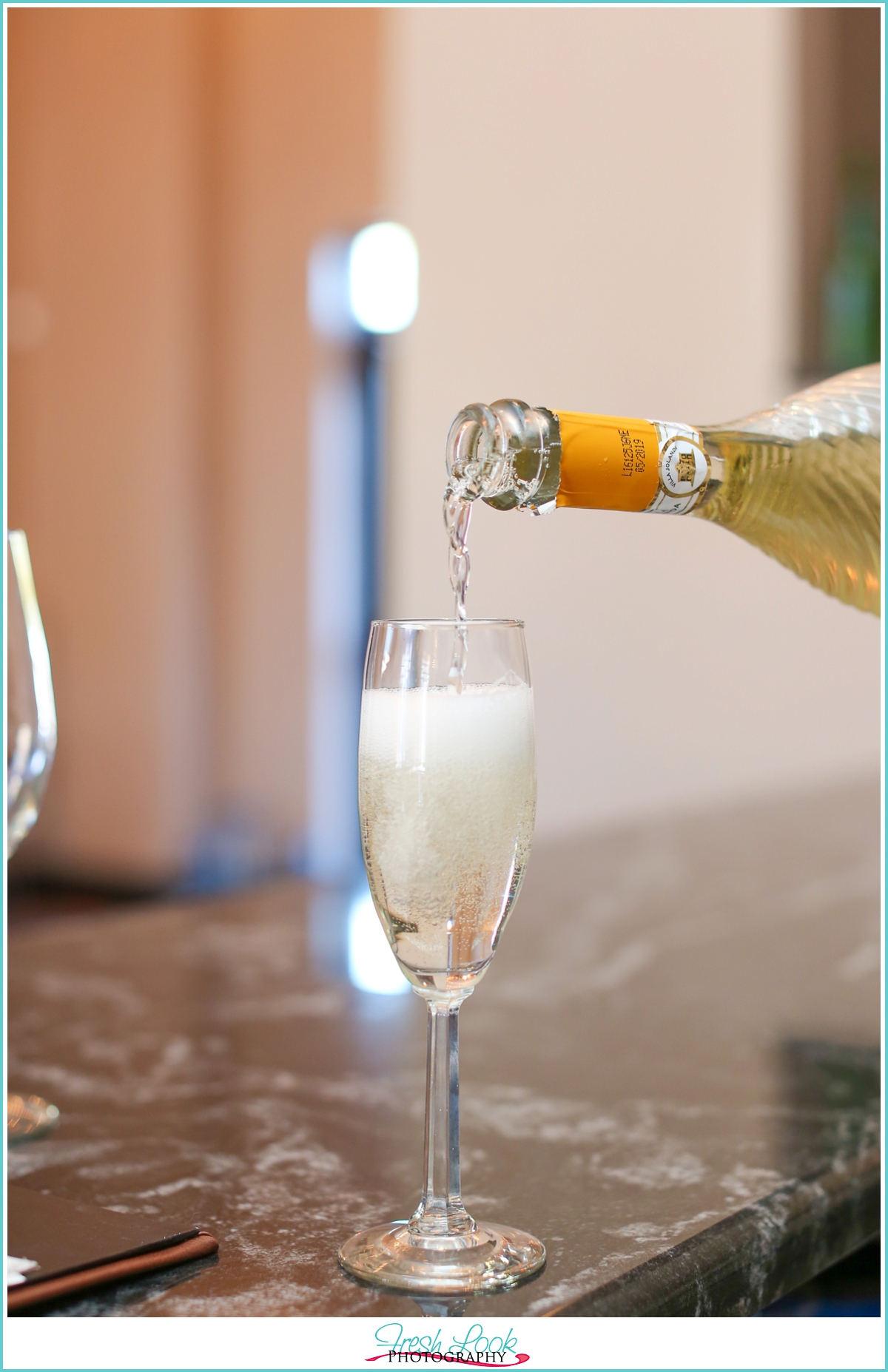 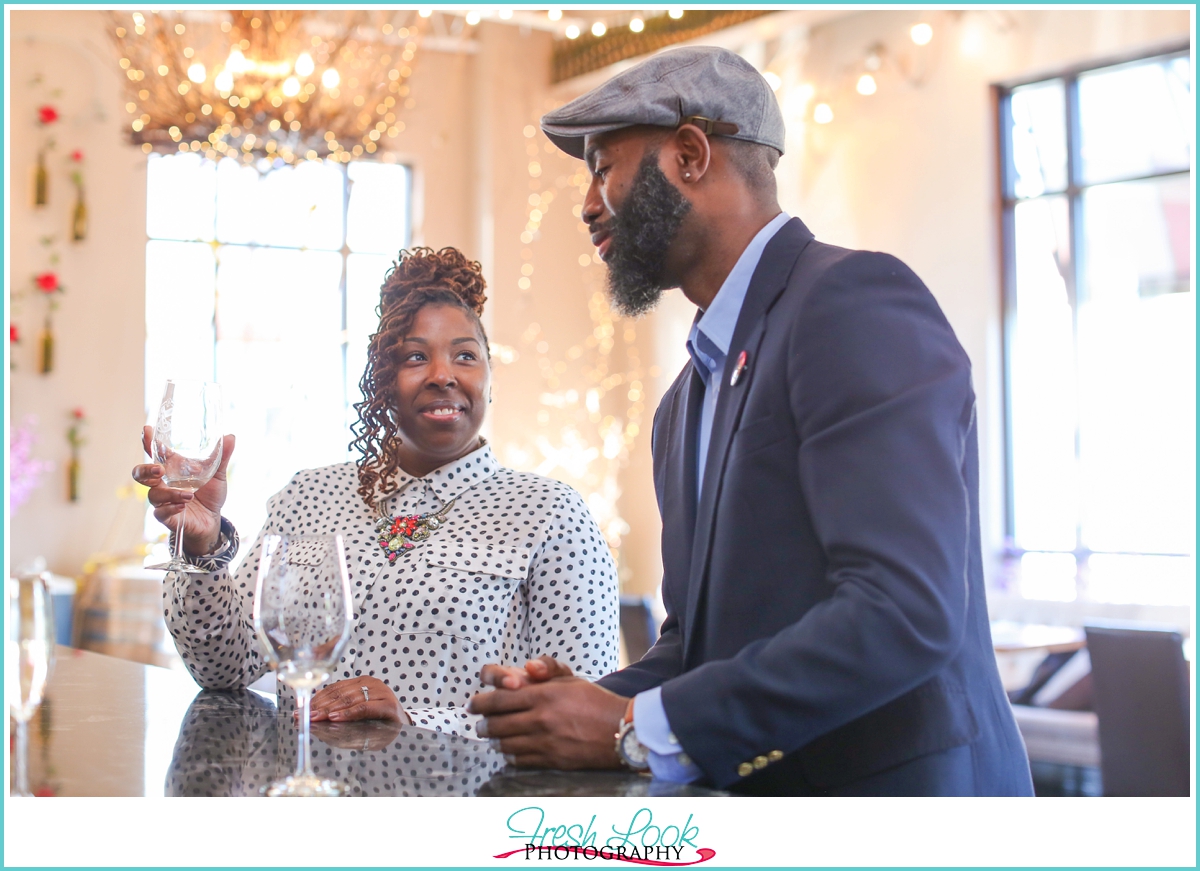 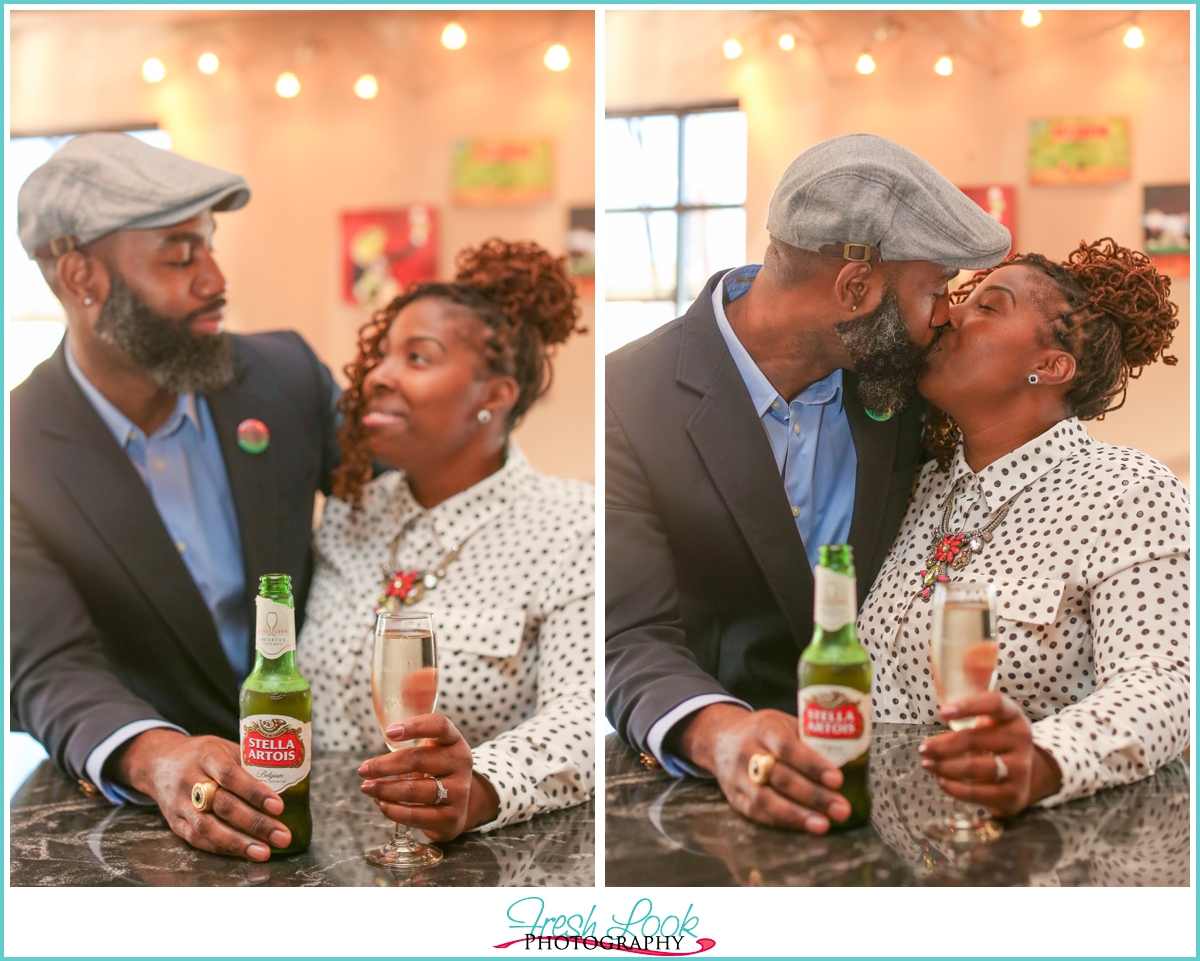 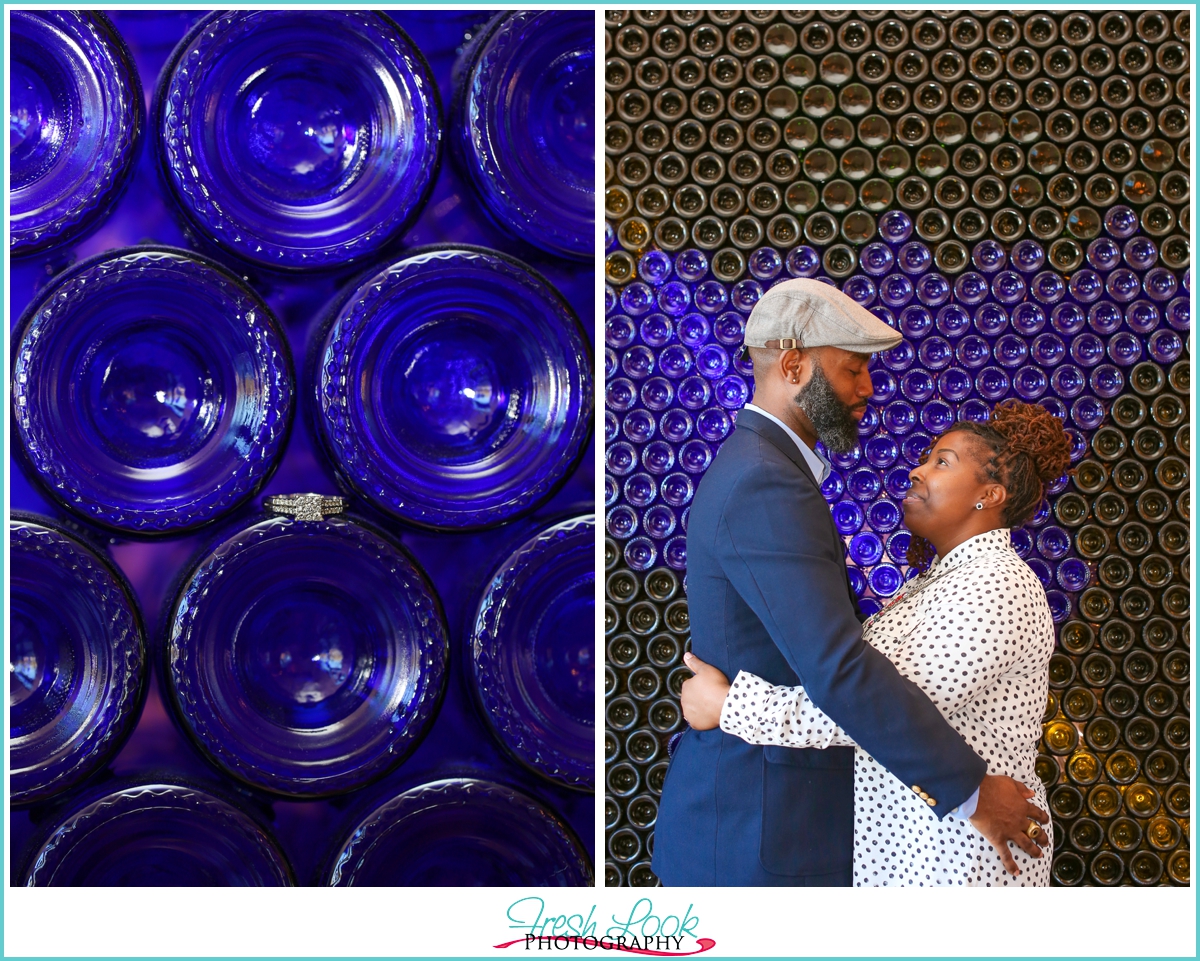 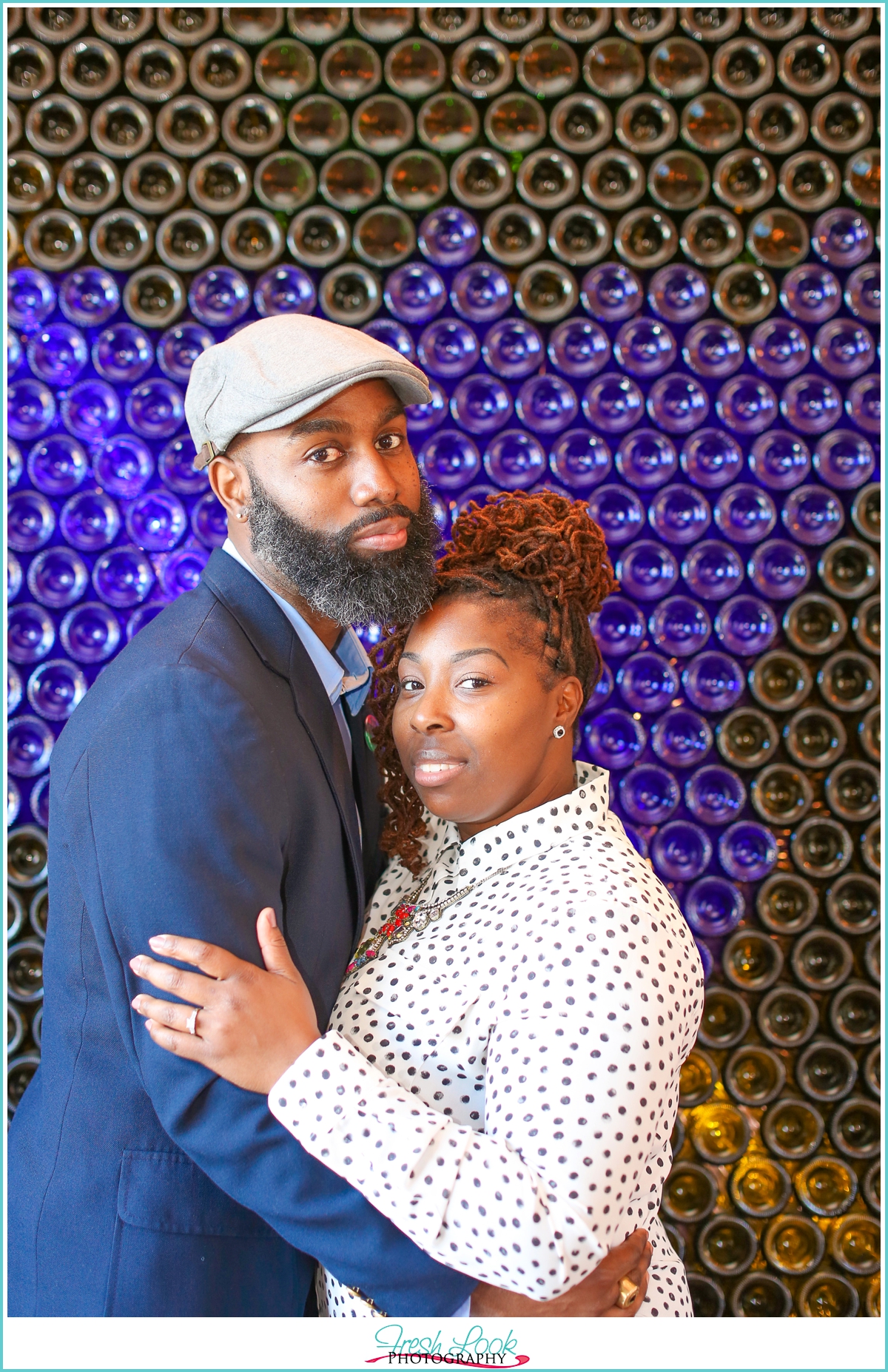 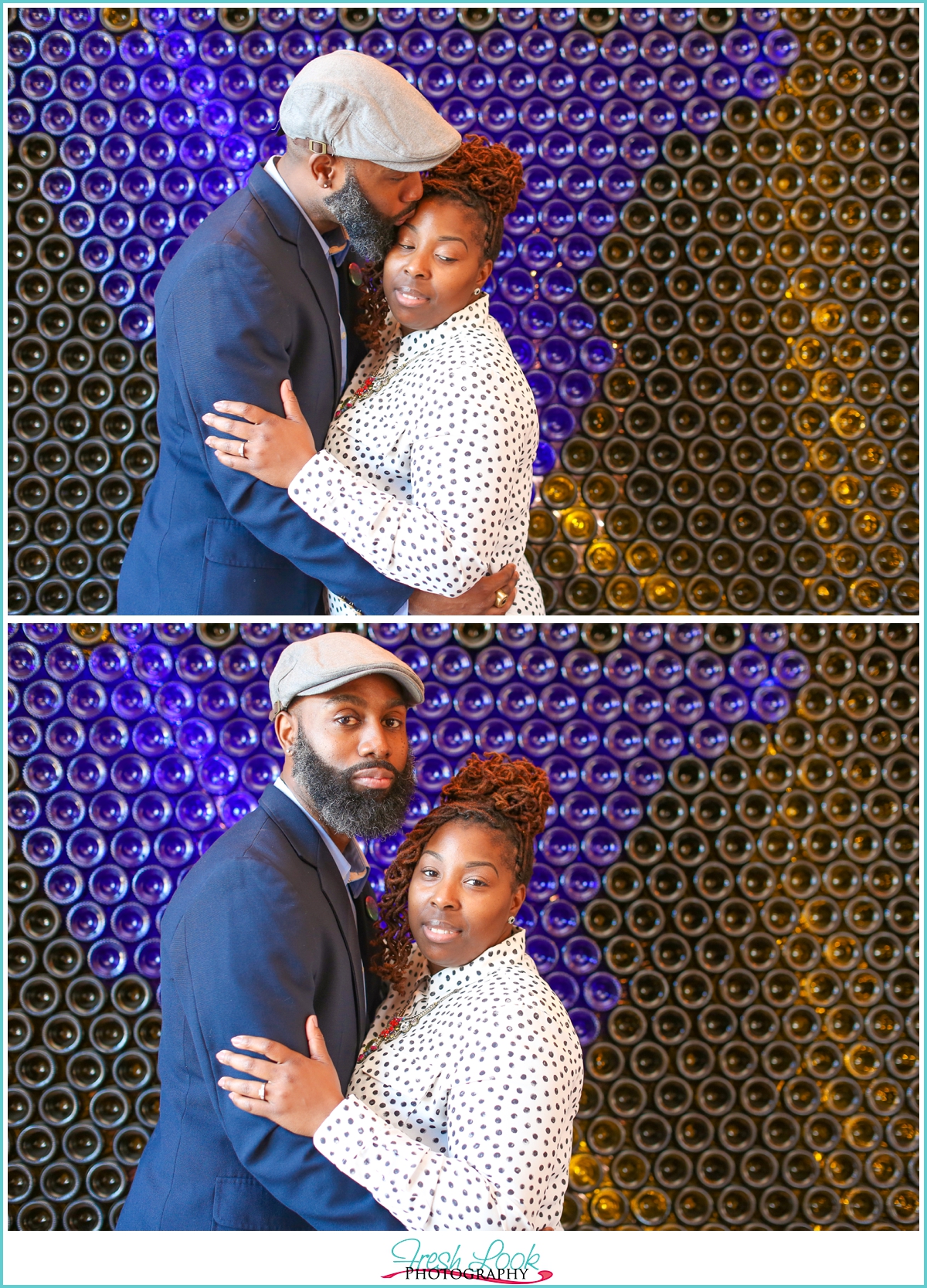 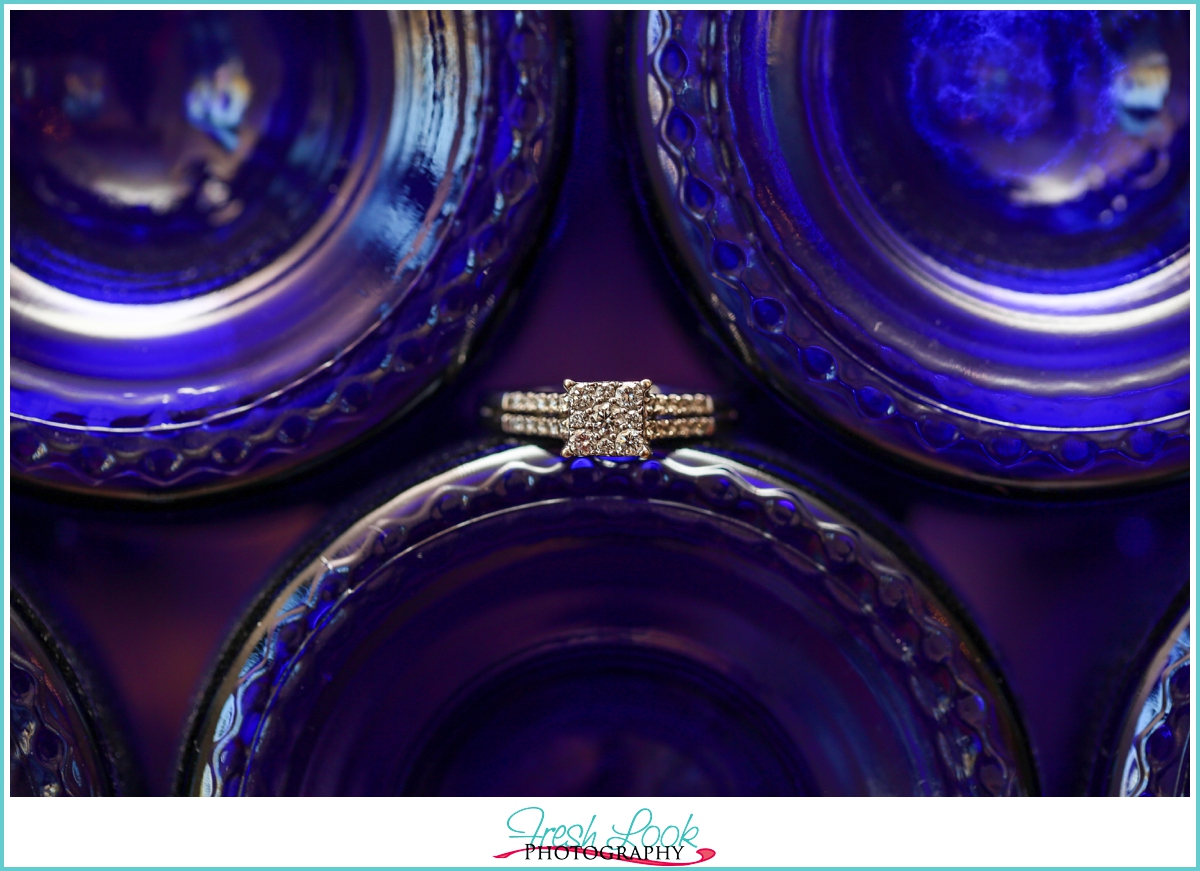 How you two meet?

Tamara says “it was at my cousin’s house yeaaaaars ago when we were in high school” but Corey disagreed, saying they met at the mall.

When did you know he was the one?

For me it was when we dated years prior to being in a relationship around 2008-2010 I knew Corey was one of a kind and I did not want be without him but our timing was off and it wasn’t until 2012 when we reconnected again. For Corey, he says when we moved in together it solidified everything for him because we were able to spend more time with one another.

A surprise to me. We celebrated his birthday at a karaoke venue and at the end of the night during his thank-yous, he ended his speech with asking me to marry him. Total shock to me and everyone there!!!

What are some of your favorite things to do together?

We like to hang out with family and friends, explore new place, listen to music and go to concerts, and watch sports. 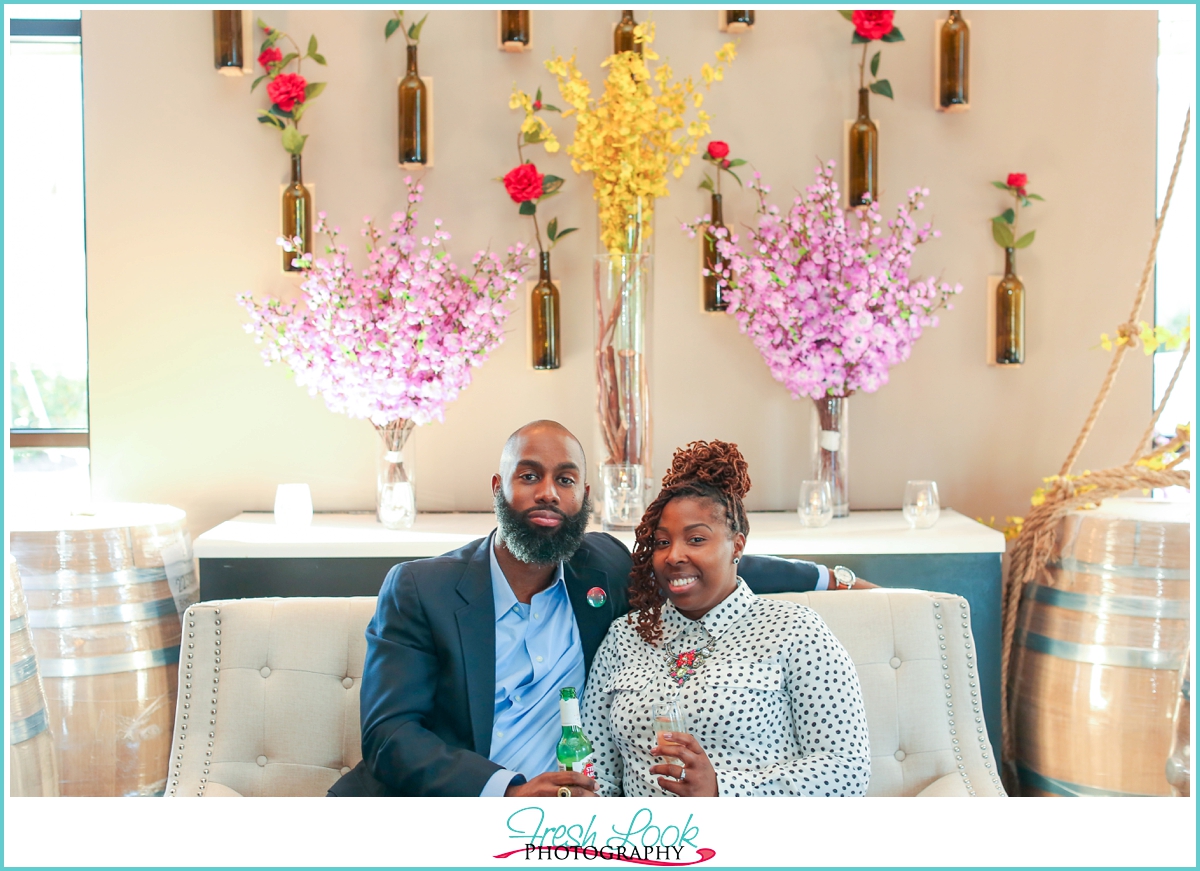 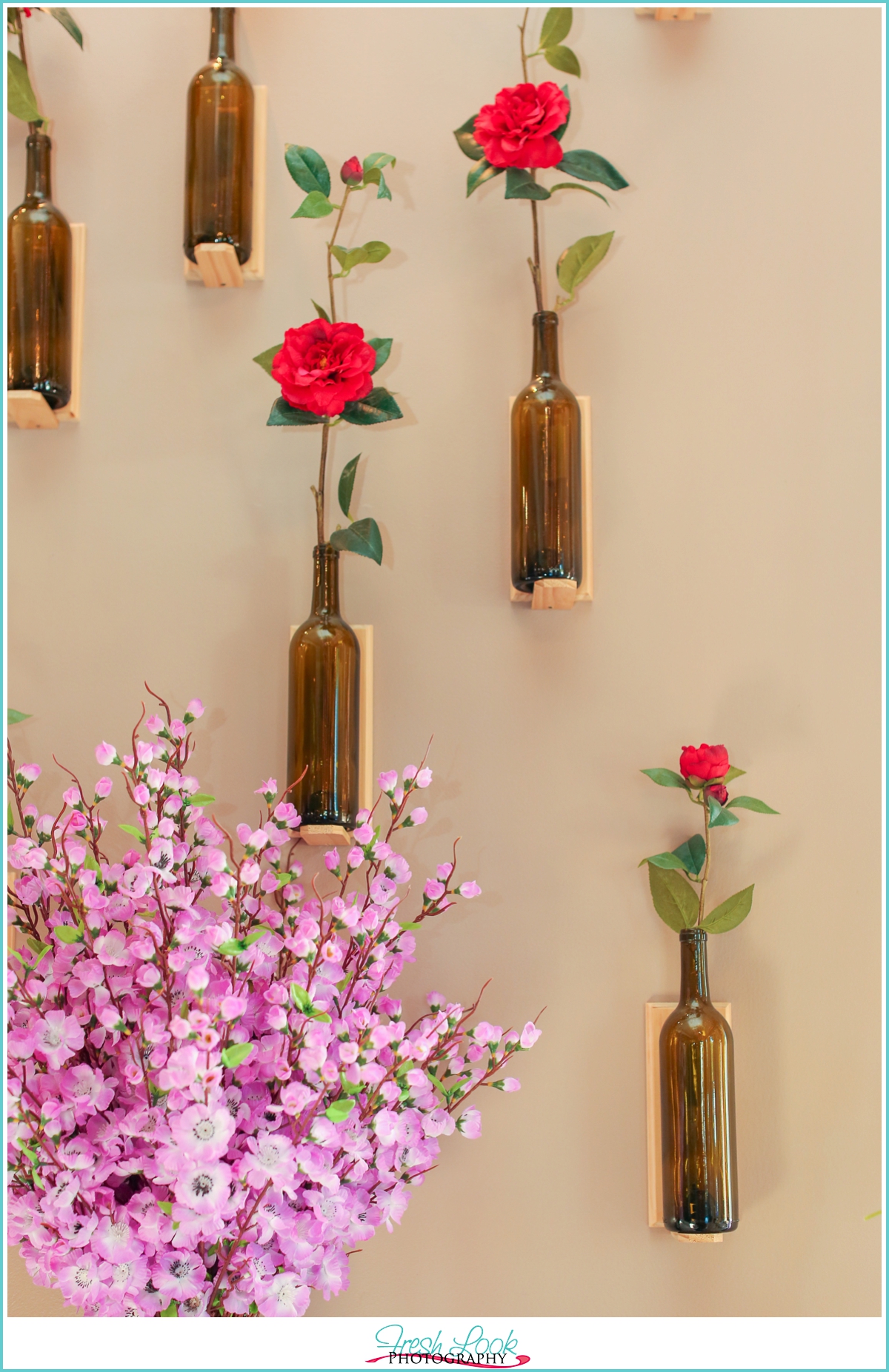 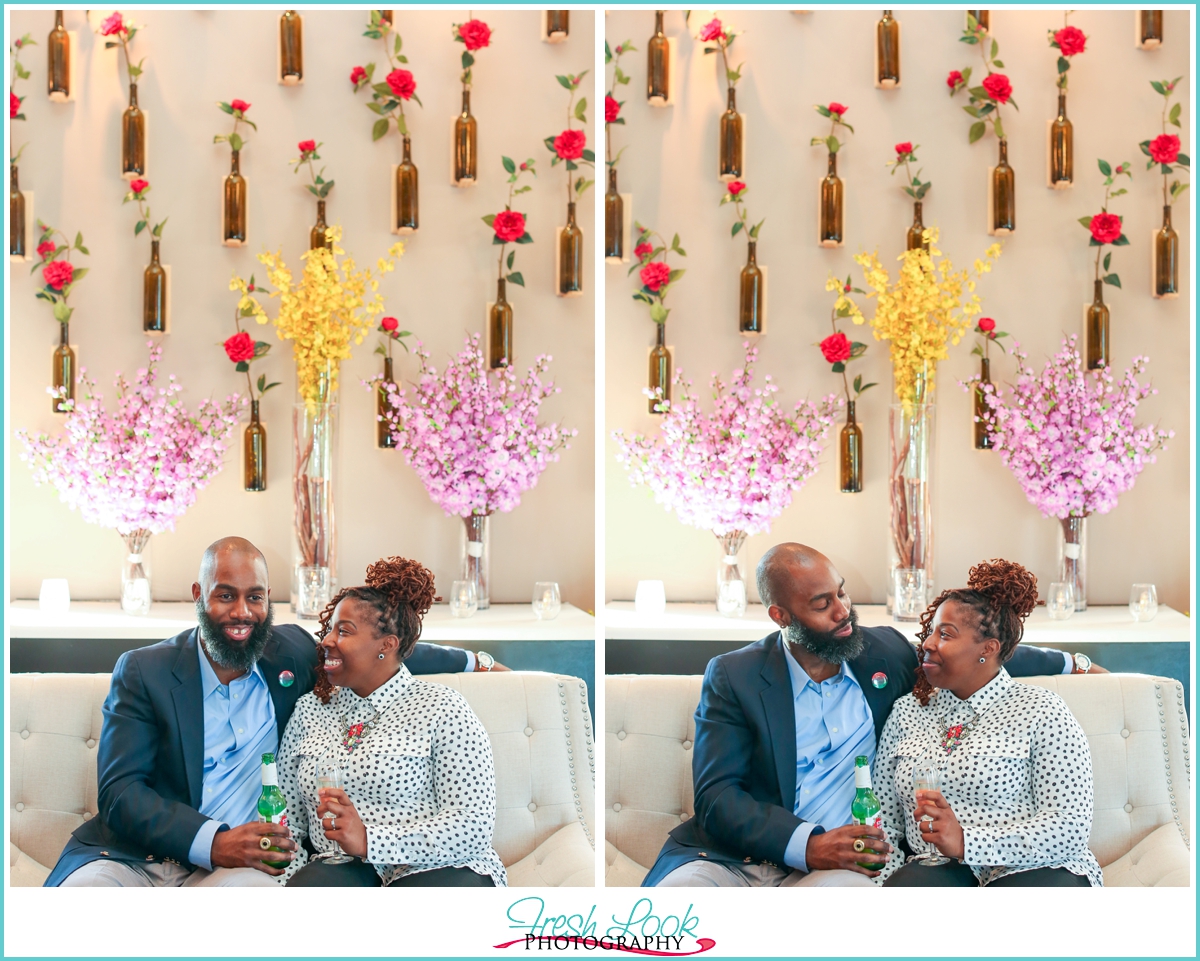 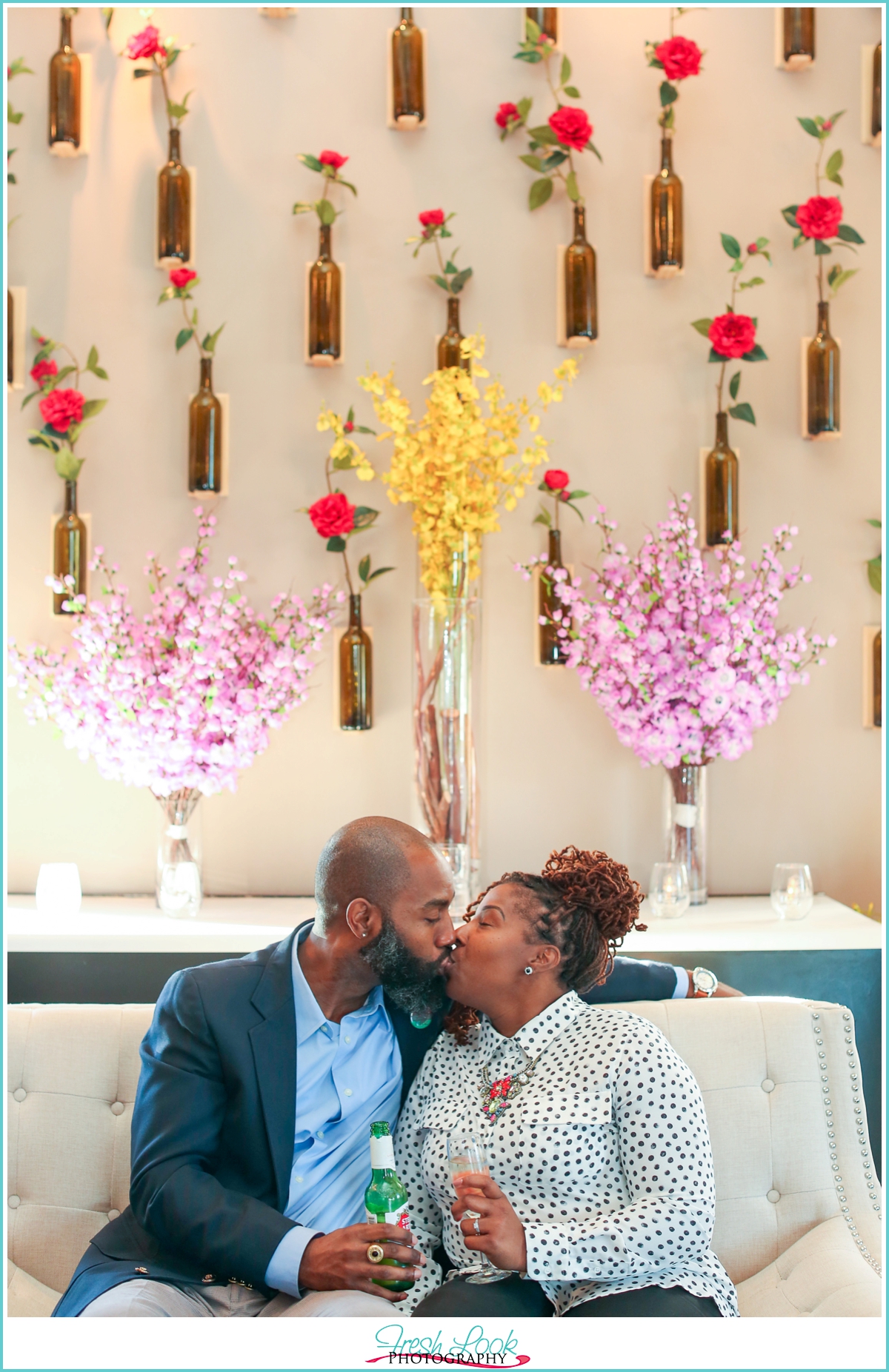 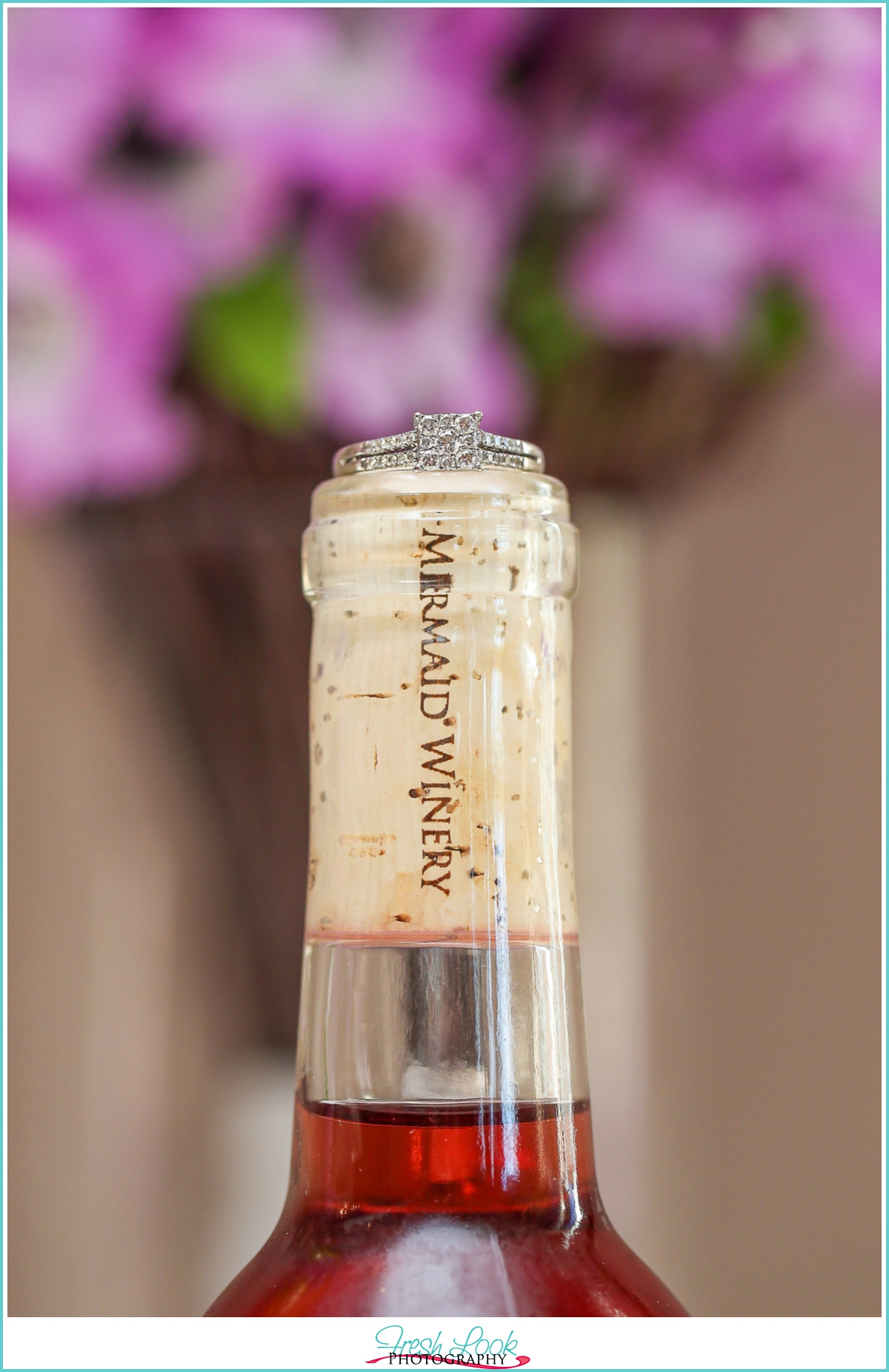 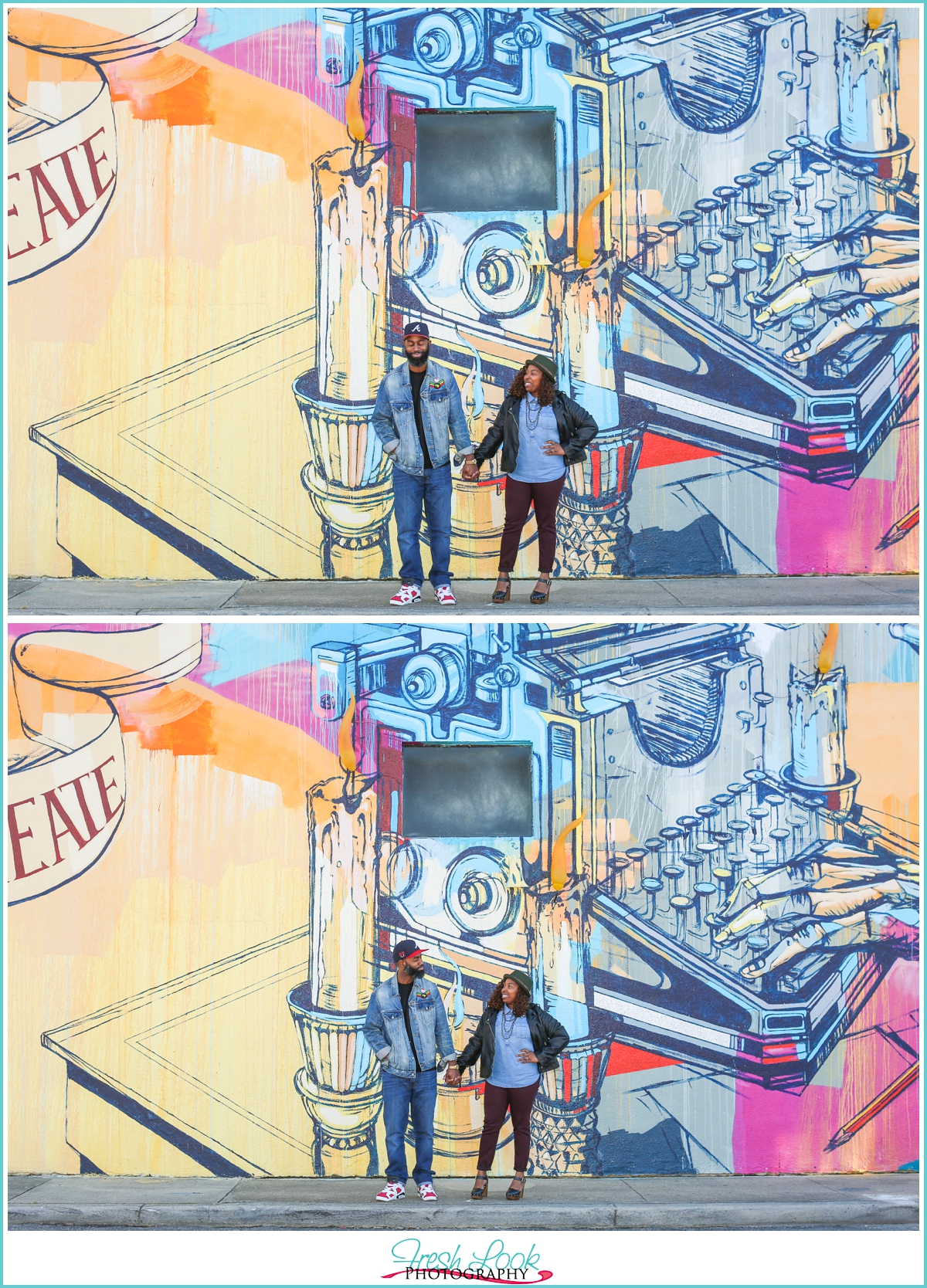 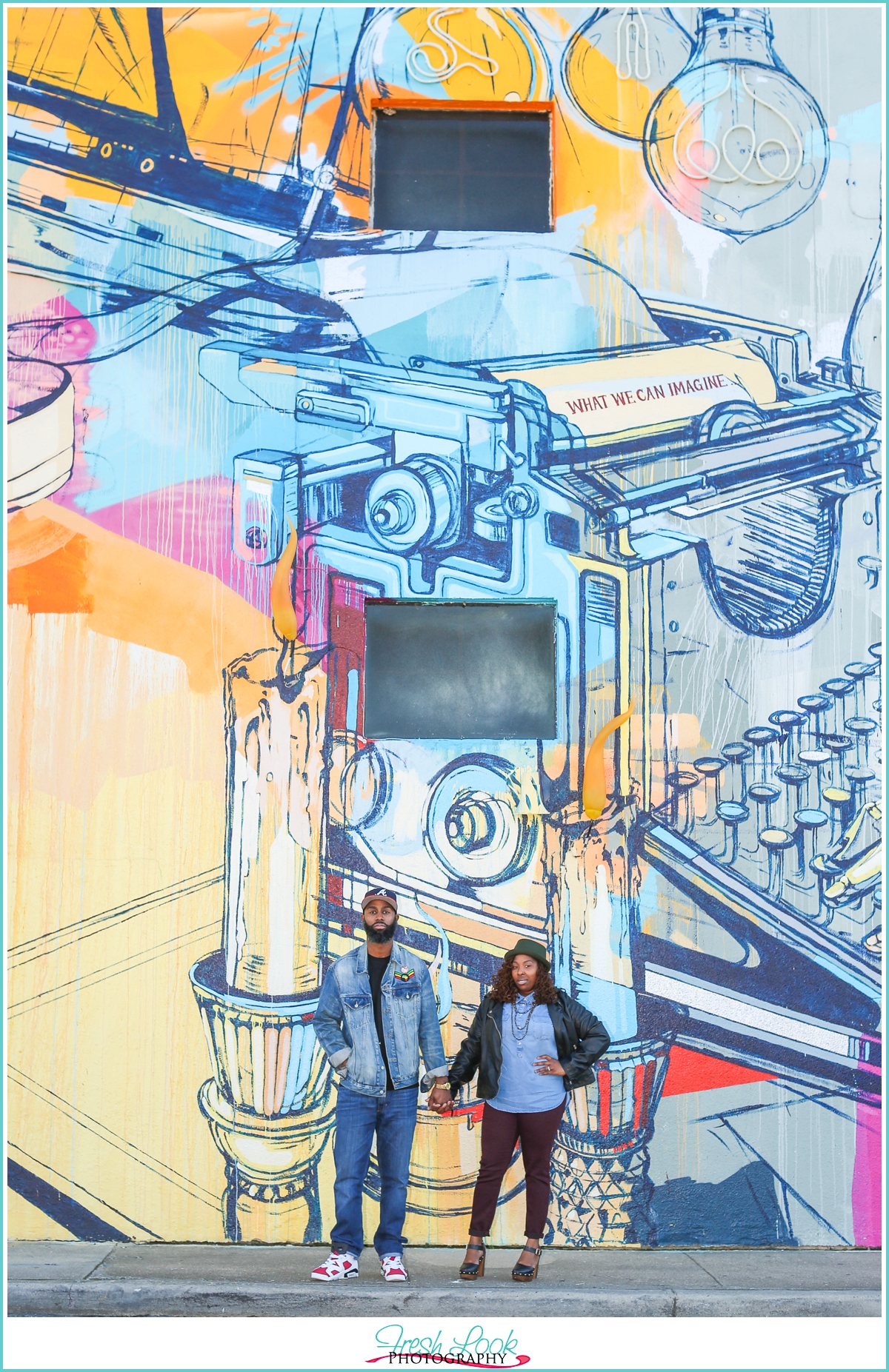 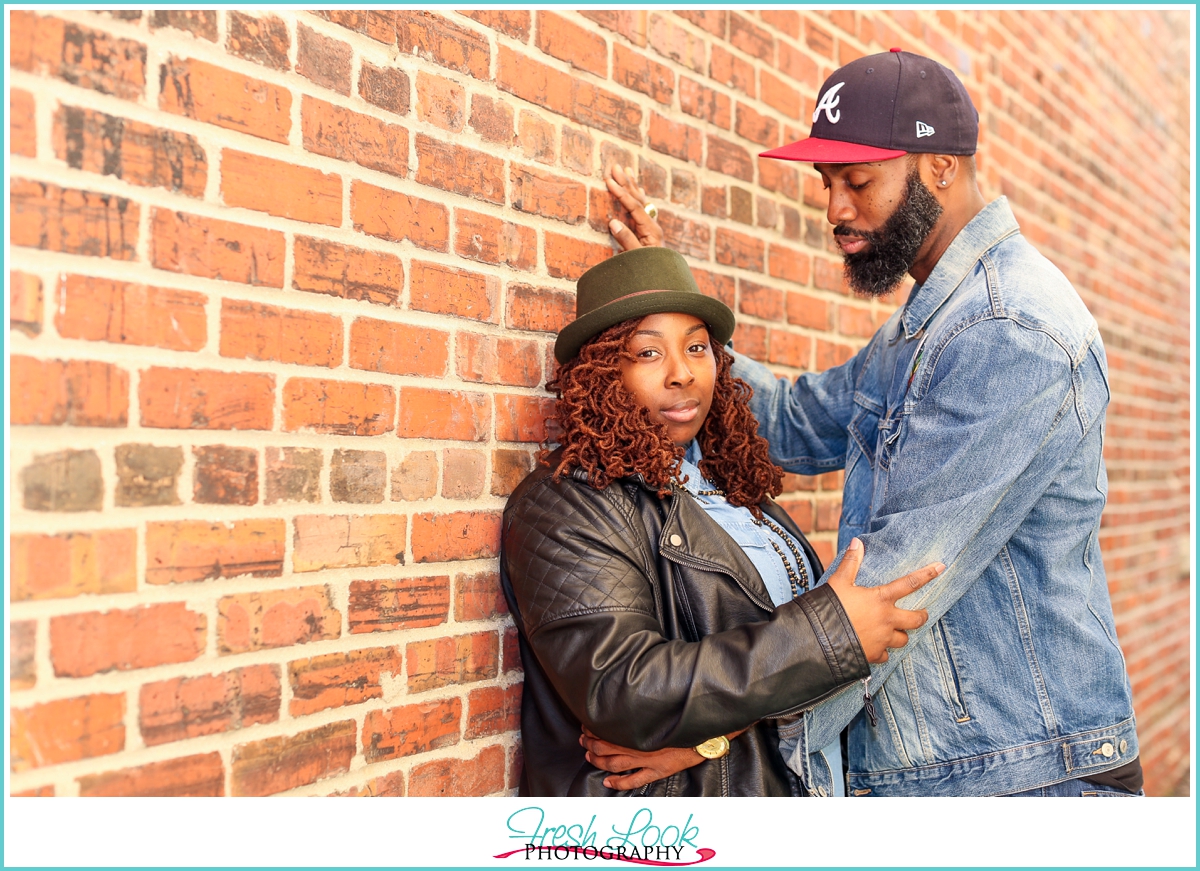 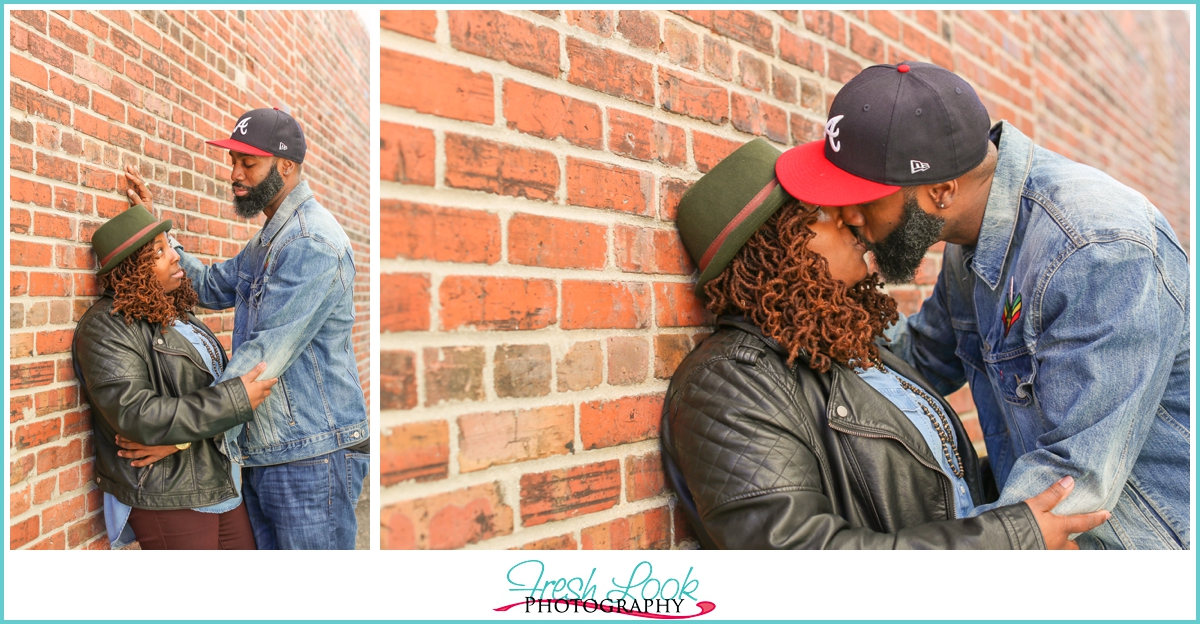 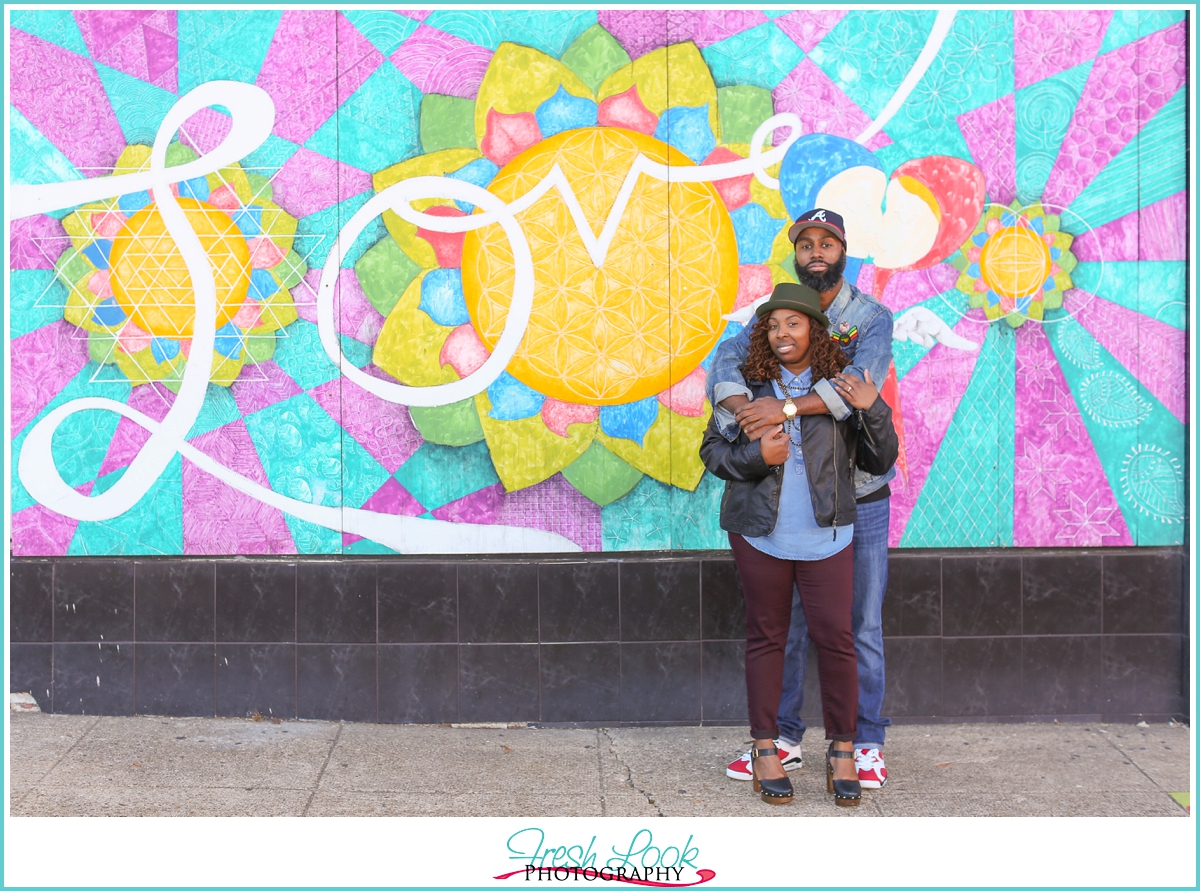 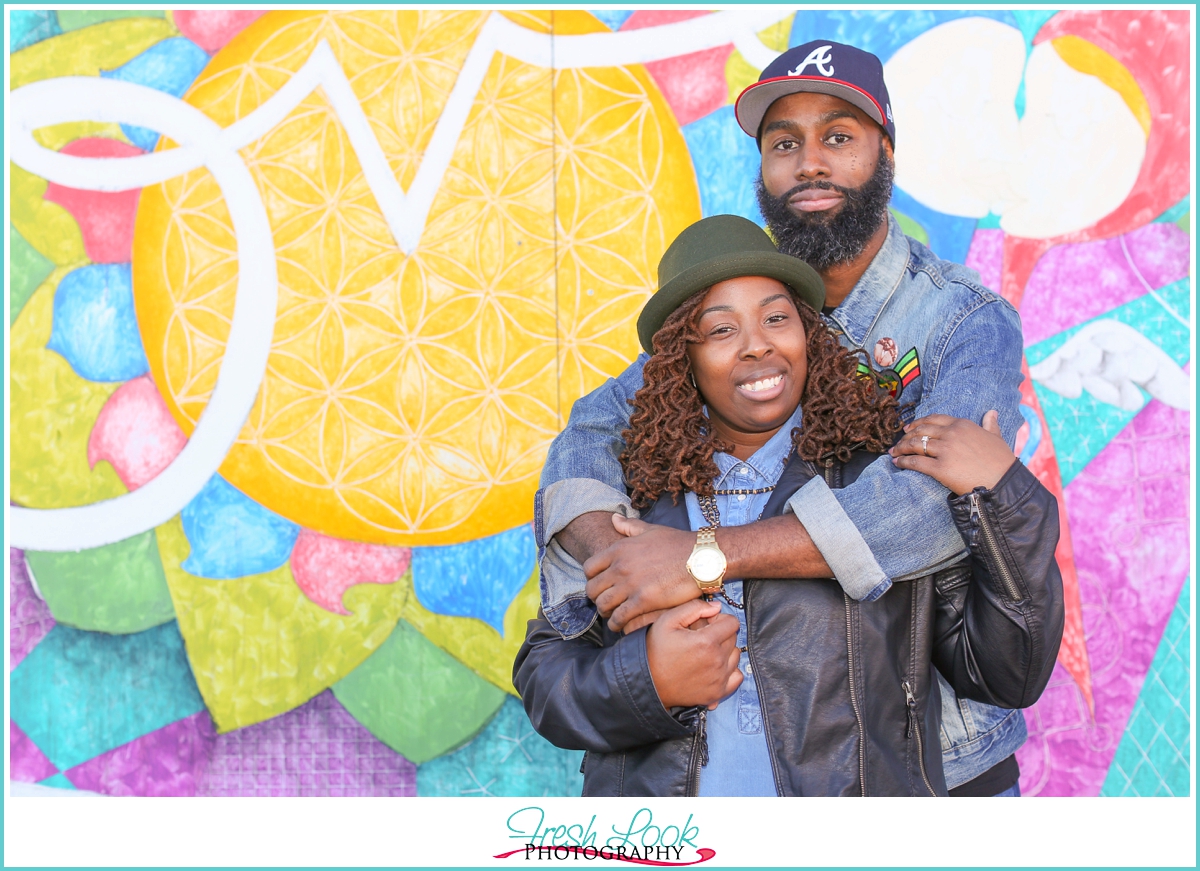 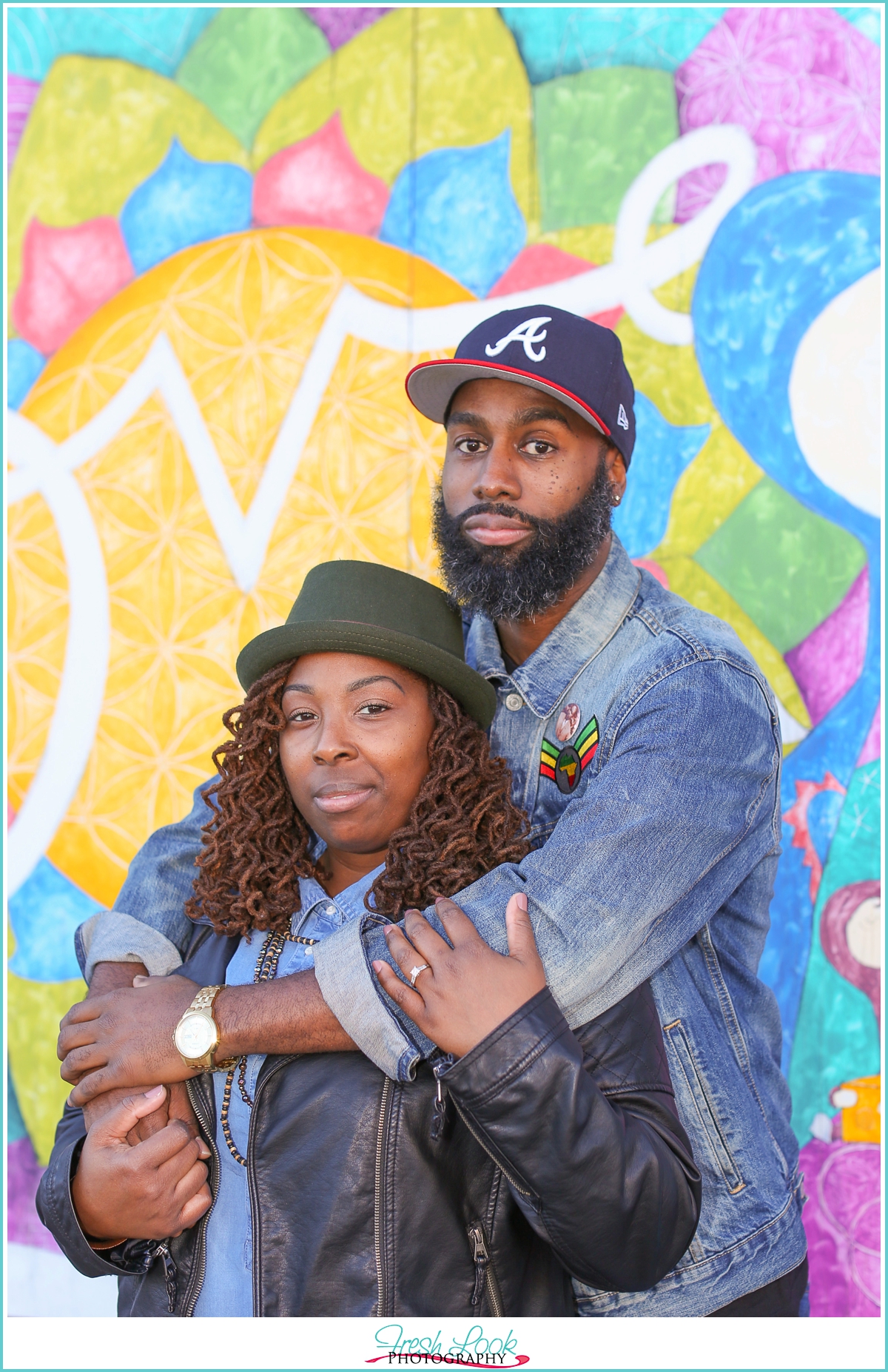 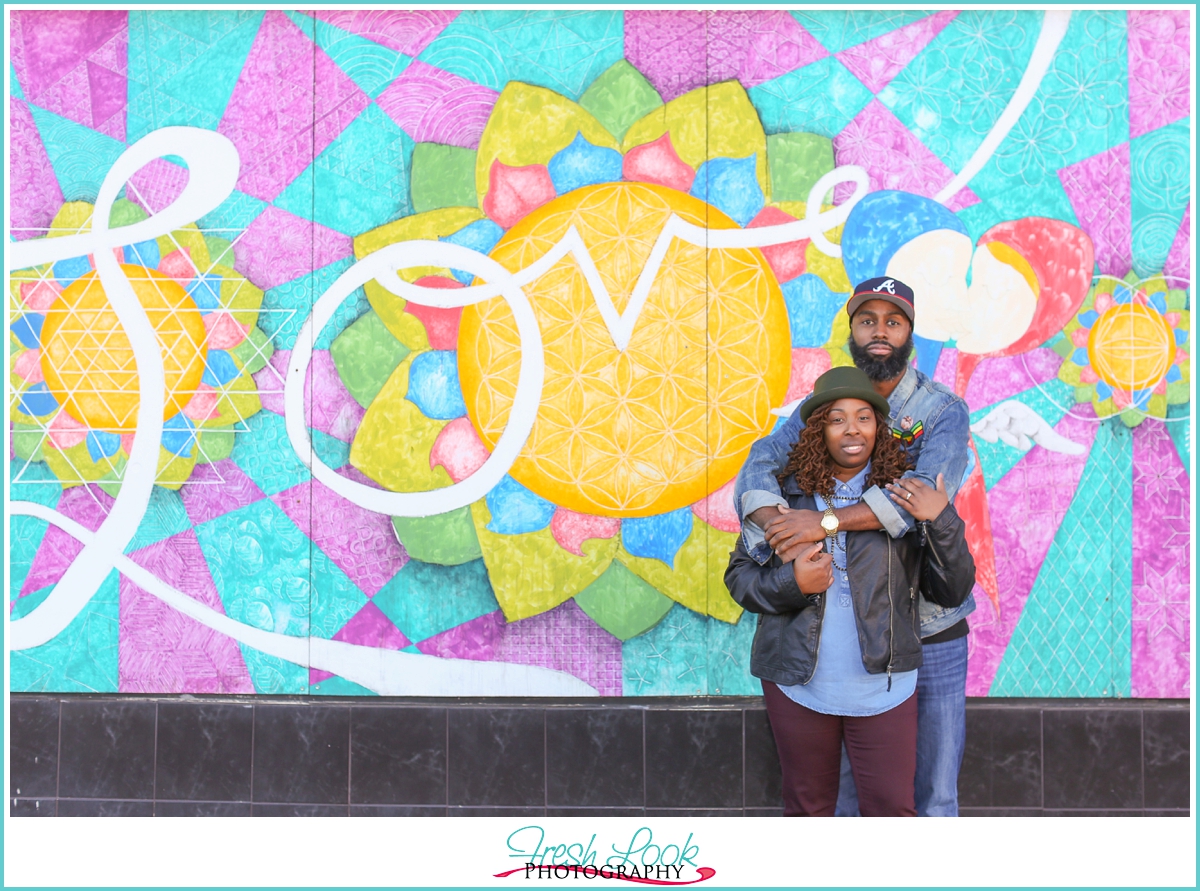 If you had to pick a word for your relationship, what would it be?

We would say a rollercoaster. In our time together we have experienced nothing but excitement and thrills along with going through the ups and downs of living life. It’s like we wouldn’t want to experience this ride with anyone else and would do it over and over again with each other because we love it so much.

What are three dreams/goals for your marriage?

To  have a successful/happy/love filled marriage, purchase a home to ground our roots and start growing our family.

If you’ve finished looking at this artsy Mermaid Winery engagement session and are thinking to yourself – I wanna do that too! Awesome!!! We would LOVE to create a custom photo session for you and the ones you love! Feel free to message me by hitting the { CONTACT ME } button or by giving me a call at 757-749-5350. I can’t wait to create some magic for you!

Your photographer should capture the essence of yo

Who says you can’t always include pink? Yup - ev

Phoenix, you sure are wowing this beach girl! 💕